From dispatching on-time emergency services, to handling urgent care delivery for the elderly and homeless, there’s a new technology on the horizon that’s helping cities around the world run smarter. And yes, it can help with other big city issues like traffic congestion, potholes, pollution and crime prevention. 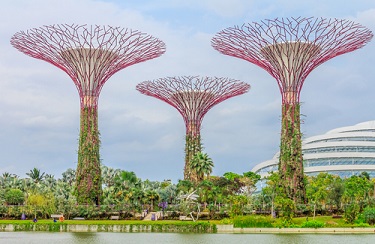 It’s called Internet of Things (IoT) and smart cities around the world are already taking advantage of this amazing technology to gather real time information and identify small problems before they become too big.

Experts shared which cities are up to the IoT challenge, and much more, during a recent SAP Radio broadcast, “Smart Cities, Smart Streets: IoT to the Rescue.”

According to W. David Stephenson of Stephenson Strategies, the city of Barcelona is light years ahead of other cities when it comes to IoT adoption.

“They’ve embraced it from the top down and received a lot of support from the city administration,” said Stephenson. “They see it as a real key to their economic future as well as being able to run the city much more effectively than they have.”

A free service called Telecare, for instance, used by more than 70,000 seniors, operates 24 hours a day, 365 days a year. Users wear a Telecare pendant that connects through a (land or mobile) telephone line to a Call Centre, which can be contacted by the simple press of a button. Its purpose is to maintain frequent contact with individuals, to prevent unsafe situations, isolation and/or loneliness.

Additional IoT ingenuity in Barcelona includes: apps4BCN, a portal where you can find the best apps for living in Barcelona, a new bus network, 300 free car charging stations, smart traffic lights that emit sounds for the blind and 500 free Wi-fi hot spots, the largest network in Spain and one of the most important in the world.

Singapore is a densely populated space it’s not getting any bigger. A city of its size is constrained when looking for opportunities to grow and innovate. Yet IoT is presenting a really important avenue for Singapore when it comes to improving quality of life, managing congestion and making it more appealing for businesses.

“They are a little bit scary, like you landed on the wrong planet,” said Ira Berk, Vice President of Solutions Go-to-market, SAP. “But the sensors that are embedded and the information that they are capturing and the work that they are doing is just one great example of IoT.”

Berk said Singapre also uses connected sensors to manage traffic and congestion and to keep an eye on taxis and trains.

“Keeping tabs on what’s happening in the city are in measurable ways acting to improve the quality of life and the opportunities for growth.”

Naturally, when discussing “keeping tabs”, privacy concerns come into play. As more smart cities are activated, should citizens be concerned with heavy amounts of monitoring and data capturing?

As long as people understand what information is being captured and how it is being used, there shouldn’t be too many concerns, according to Berk.

“We should be able to ask if data is being used inappropriately and if we can have a stake in managing it and putting whatever framework around it that makes the most sense.”

Eager to make more sense of how smart cities use IoT? Listen to this SAP Radio broadcast in its entirety here.

Hands On With High Tech: Internet Of Things Gets Real In Washington, D.C.

One key point to consider, would a truly smart city attempt to hold-back progress by blocking innovations such as Uber and Airbnb?  While it's true that some local government leaders are forward-thinking, there are many more who favor protecting legacy local businesses -- even if it means using 'restraint of trade' practices that selectively target the disruptors.

Hi David, good point. Perhaps some regions are hesitant to embrace disruptors like AirBnb and Uber due to regulatory and/or background check issues.

Actually the bigger problem posed by Uber and Airbnb, is should we allow any business to ignore existing commercial regulations that don't fit their new business model.  I'm not sure how happy many Uber / Airbnb users if we allowed other types of businesses to ignore environmental, health, and labor laws at will.    That being said I completely agree the legacy providers are using laws to protect some very bad business practices, and no so great service.