I had the privilege of being invited to join the Bloggers Program and SAP Mentor Program at SAP TechEd 2015 in Las Vegas this week.

I also got to spend a little time with Thomas Jung. Tom is always willing to help me understand just what SAP is doing in either the ABAP or HANA world. While we had a brief earlier discussion at SAPPHIRE in June about the HANA roadmap it was not until this week that I fully appreciated how some of the new architecture that is coming with HANA SP11 will change native HANA development.

SAP had always said HANA would support other languages, but to do so they have had to re-architect the XS runtime. My very amateur diagram of this new architecture looks like this. 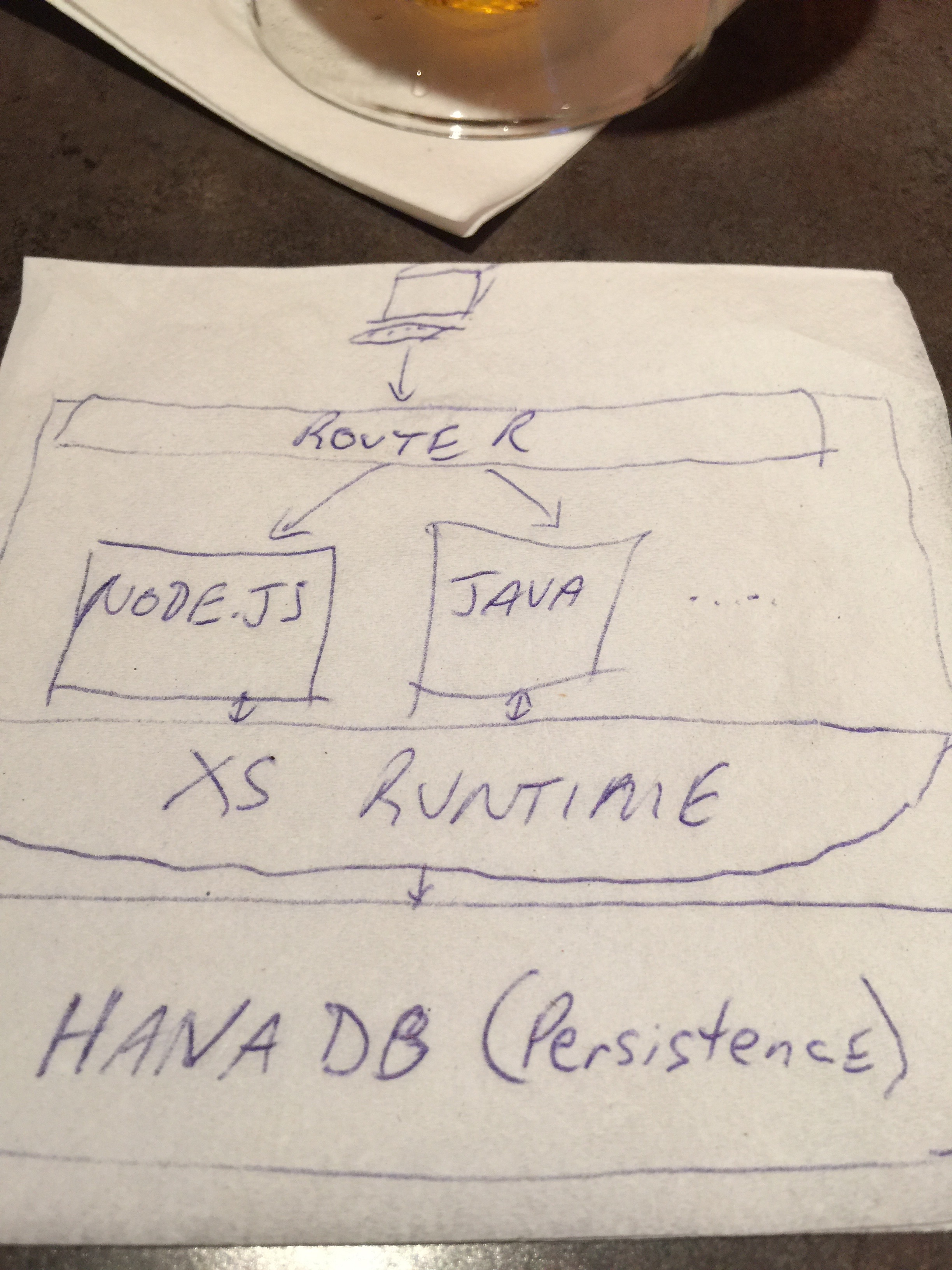 When I checked with the official SAP architecture slide I wasn’t that far away – I might even argue my diagram is better. 😏 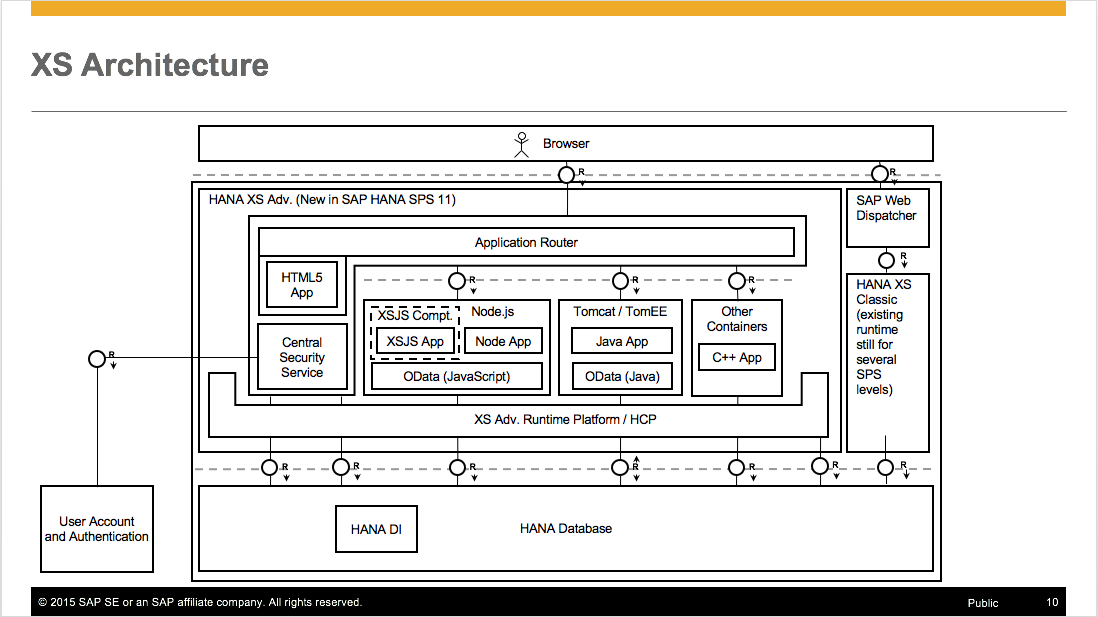 Essentially SAP have built a XS runtime platform that can support different types of other runtimes within it. I know what you’re thinking. That’s Cloud Foundry right? Actually you are close but think more Cloud Foundry Lite.

So now SAP can pick and choose which runtimes, and therefore which languages, they want to support on HANA. In SP11 they will deliver Node.js for JavaScript development, TomCat (TomEE) for Java developers and FastCGI for C++ developers. In theory others might follow. In theory you could build your own.

As you see on the right-hand side of the architecture slide SAP will also still deliver the existing XS JavaScript runtime for backwards compatibility. Be warned though that the JavaScript runtime engine has been changed from SpiderMonkey to Google V8 so your existing XSJS code might need minor tweaks. Some of the API’s have been rewritten as well.

But for me the really interesting part of this was the realisation that SAP have really committed to Node. The Node community have been trying to gain “enterprise” acceptance for some time now. Sure there are lots of examples of large implementations, including some very high profile ones, but it seemed to me their argument was not fully won.

Now, in placing Node right at the centre of their strategic HANA platform, SAP have made a huge statement of confidence. I am a bit surprised the Node advocates aren’t shouting it from the roof tops. Maybe they haven’t figured it out yet?