It was 2013. There were a concern about the ITS memory consumption and whether the ITS sizing was correct.

At that time, the only tool available to monitor the ITS was the “Memory Statistics” tab in SITSPMON:

It was a snapshot from that particular minute. It was not possible to save the value in the system, e.g. it was impossible to keep a history of the number of sessions created, the amount of memory consumed.

All right, the only possibility – at that time – was having a spreadsheet opened and, after every 5 minutes, refresh the tab. It was time consuming, having a dedicated person sitting in front of the computer and manually enter the information in a spreadsheet!

It was also error prone, as the person could be doing something else, missing to collect a given interval.

After a shift, it was possible to take the information collected: 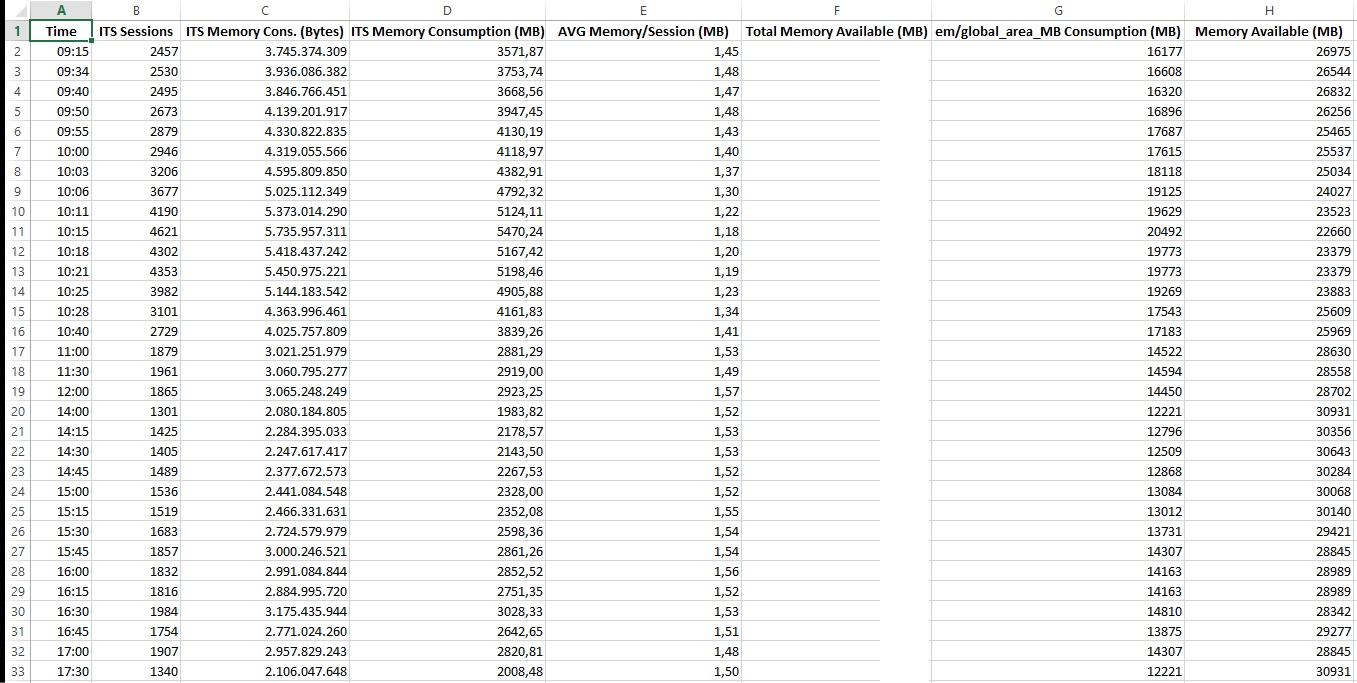 and see a graphical result:

The ITS development support accepted a suggestion to add a memory trace in SITSPMON: