SAP solutions make a big difference in the sports industry with many of our solutions transforming the sports experience. In 2012, SAP and the NBA formed a partnership with the aim of driving further engagement to bring people closer to the game they love. Because people who follow the NBA love to follow their stats, SAP is enhancing the statistical experience by partnering with the NBA to launch NBA.com/Stats. Powered by SAP Hana, this unique platform will deliver unlimited NBA insights in real-time to NBA executives, members of the media, and fans alike. Thanks to SAP, fans and media can now access the League’s entire statistical history, previously only available to the League and NBA team personnel.

Some of the statistical insights on NBA.com/Stats include:

Last week, the NBA was in Shanghai, China promoting their global games. China is the fastest growing fan base for the NBA and since SAP and the NBA launched NBA.com/Stats in China, fans throughout the country can now enjoy the statistical information and improvements for their favorite sport.

On 13 October, approximately 20 members of our staff from the local SAP Basketball Club were invited to meet and train with former NBA player Ron Harper for a basketball clinic at the Mercedes-Benz Arena in Shanghai. Harper is most known for being an outstanding perimeter defender for the Chicago Bulls where he won five NBA Championships from 1996-2001, and is regarded as one of the best ball handlers in the NBA.

“It was my first time to the Mercedes-Benz Arena… [and] it was very exciting to [meet] NBA star Ron Harper, who has won 5 NBA final championships, face-to-face. He was a great basketball player and I was lucky to be trained by him,” Jony Qian, VT intern.

During the SAP-sponsored clinic, Ron Harper and his professional coaching crew put our SAP colleagues through a number of basketball training drills focusing on dribbling, passing, and shooting. The training promoted some important values like gathering basic skills, communication, and teamwork. At the end of the training session, the players were treated to a Q&A session with Ron Harper himself, as well as an opportunity to take group and individual photos with the NBA legend.

“Throughout this experience, all of our colleagues portrayed excitement and great appreciation for this opportunity. We would like to thank all those who participated in this event to showcase SAP’s team spirit,” Adrian Calata, AGS team.

“It [was] an amazing experience to play with NBA legend star under the huge SAP logo on the center screen. So proud of being a member of the SAP family and thanks to the basketball club for organizing such a fantastic event,” Kobe Lu, AGS team. 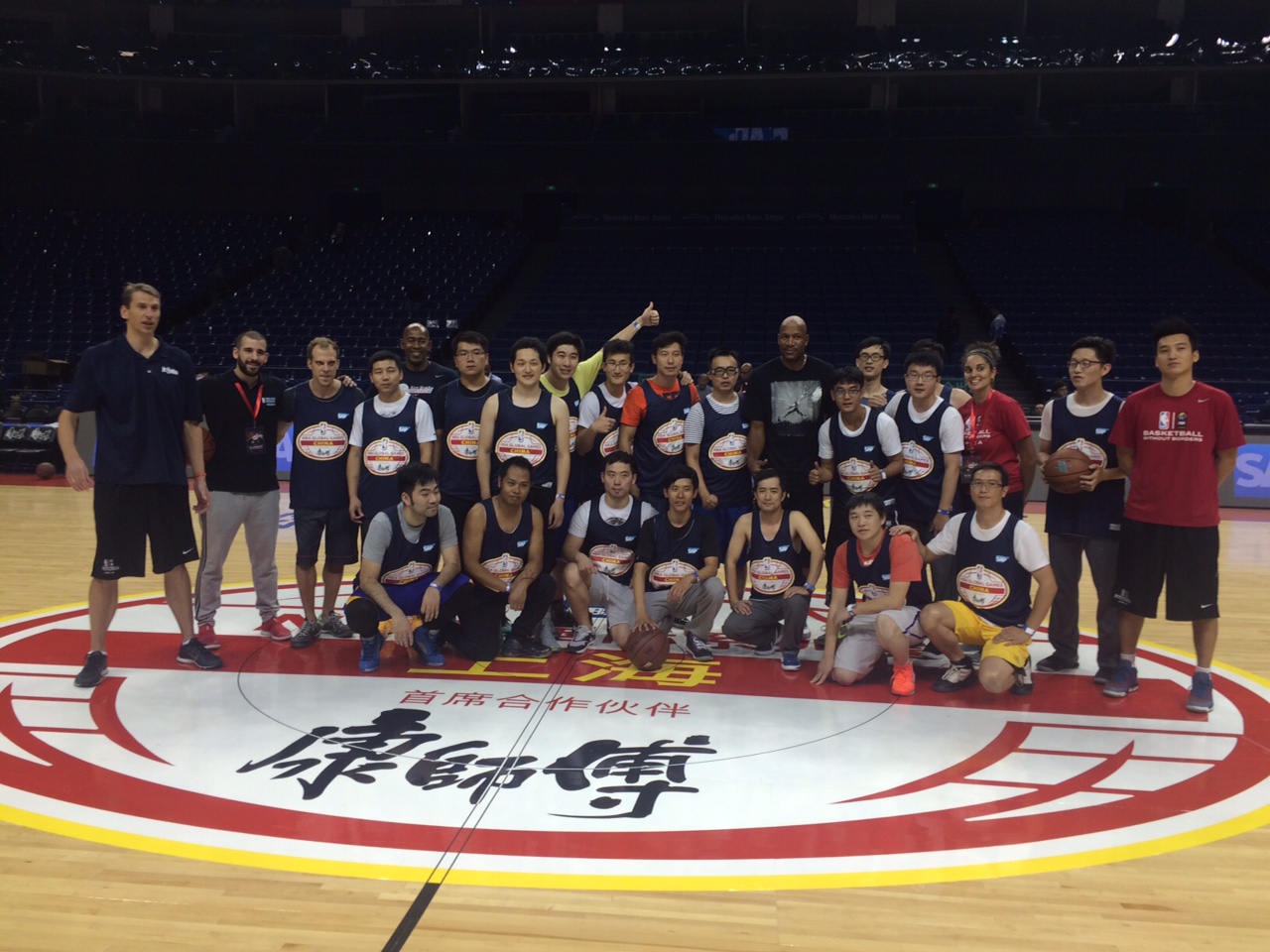 Want to join one of the world’s largest and most diverse tech companies? Apply to SAP today!http://bit.ly/1VPwh9M