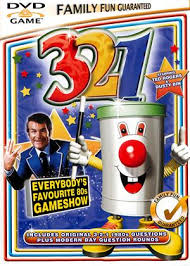 Apart from the keynote last night today was the first day of TECHED2015 in Las Vegas. I thought I would write down as much of what I could remember while it was still fresh in my mind. I am sure I have forgotten a lot already, but here goes:-

There is an add-on to Microsoft called “Microsoft Gateway server” where you can connect to ODATA exposed services from the SAP back end, and have them appear in Outlook 2010 or 2103, as, for example, tasks, but you can also see contact details and appointments.

For workflow items in particular there is a generic service you activate in transaction SICF. Thereafter you have to configure this service to say what particular type of work items you want to be visible from outside the SAP system.

Outlook “pulls” the data from SAP either by the user pressing a button, or some sort of scheduled job. This means the data is never really up to date, and if a work item is sitting in four peoples Outlook inbox, and one of them approves it, the other three items do not instantly vanish, as they would inside the SAP system.

SAP GUI version 730 goes out of support in October 2015. The 740 GUI will be supported until January 2018. About a year before the that the next version will come out, the number of which has not been decided yet.

SAP GUI for Java is very strange; I don’t know why anyone would want to use that. Of course I am biased as I could not live without the graphical screen painter for all the DYNPRO screens no-one uses any more.

It was stressed that if you create over-complex scripts there is a performance hit, as the DYNPRO screens have to run in the background, this presumably plus the time lag for the round trip from the web browser to the back end system. I don’t know if running Personas using SAP GUI for Windows will be any faster.

This came out today – 20th of October 2015 – though of course it would, to co-incide with the conference. The actual EHP which you would need to install on your ERP system in order to get the new version of ABAP is not yet out however, and no-one knows when it will be available.

The so called “Push Channels” which I am giving a speech on tomorrow are now released for productive use in version 7.5 They worked in 7.4 but you were not supposed to use them as that would have been naughty. Someone told me the underlying technology has changed somewhat radically as well. This is all needed for the so called “internet of things” where a sensor detects something of interest and then “pushes” the information to the SAP system, without the SAP system having to constantly poll for new information.

There is a new data type INT8 for storing really big numbers. This must be what they mean by “big data” – I had been wondering.

Karl Kessler gave a demonstration where he coded a CDS view in the ABAP system (using SQLScript) which linked sales order headers to items and customers. One line of code at the top said something like “Odata : Publish” which means a service was generated which exposed the data to the outside world.

He then tested this and the result was like a SE16 of VBAK where you could click on the customer number and then see the relevant line in KNA1.

Moreover, he then opened up the SAP Web IDE ( I got a bit of a mixed message, speakers were saying ABAP in Eclipse was the way to go, it’s great, and then when they coded anything they used the Web IDE – and it was still called “River” on one slide) and then generated a UI5 application from a template. Whilst configuring the application he chose the CDS view, and then picked some fields to display.

The resulting application not only had the data but automatic navigation to the customer data, as defined in the view. We were told SAP is working on transactional applications as well as report type things like this.

The BOPF got mentioned, I was really hoping this had not become obsolete already! Mind you its name had already changed to BOPFSADL on the slide, I have been wondering if SADL is a new framework for business objects like monsters and sales orders. Maybe it’s like the Incredible Hulk and BOPF turns into SADL when it gets angry.

There is a lot of improved tools for checking your custom code to see if it will work in the S/4 HANA on-premise addition. In the cloud addition you can’t have Z code anyway (pretty much) so the problem is not so relevant. Mind you I don’t think any customer has gone onto S/4 HANA in the cloud yet, they all chose the on-premise version.

First and foremost the material number increases in length from 18 characters to 40. This will of course be backward compatible so nothing existing will break (they say).

In the same way that “simple finance” got rid of all the tables like COEP and BSIK and all their friends, leaving just BKPF and a new table called ACCDOCU, the same treatment is being given to tables like MARD and MBEW by the “simple logistics”. The slide started off with about 20 such tables, and then they all ran off leaving just two – I think one for master data and one for transactional data (MSEG was one of the two). I can’t imagine how that is going to work.

I give my speech tomorrow, so I am sure I will be pelted with rotten eggs and tomatoes. At least I am not the last speaker before the heavy drinking, I mean “networking” session.