It’s no secret that I’m passionate about mobile. In my 20+ years at RIM/Blackberry and SAP, I’ve had a front row seat for this technology tsunami. In just a decade, mobile devices have gone quickly from accessories only carried by A-Type personalities to being so ubiquitous that it’s strange to see someone without one. As I track the news reports of refugees fleeing violence and war in Syria, it’s obvious that mobile devices connect us not just to information and services – they connect us to people, intimately and personally, in a way we’ve never seen before.

Smartphones make it possible for all of us to share information in ways unthinkable a decade ago. As societies, we’re still coming to grips with the impact of this new “citizen journalism”, powered by social media, cellular networks and connected cameras. Four years ago during the Arab Spring, 9 out of 10 Egyptians & Tunisians say they used social media to organize and get information on protests, and social media more than doubled in the Arab nations during the unrest.

During the current Syrian refugee crisis, a wave of international attention and support was sparked by the heartbreaking photo of a drowned toddler on a beach. The fact that millions of people are able to capture, share and access this type of tragedy in such a personal way is having a profound impact on how we are able to relate to individuals half a world away. New applications are providing ever greater levels of connection. A German reporter for Das Bild has been using Periscope to bring live video footage of refugees to the internet. The personal, unedited and interactive format removes barriers, making it possible for us to understand that the people in photographs walking along roads and through fields are individuals, and bring us closer to what they are feeling. Millions of people are chronicling their own journeys, and the images and stories coming out are personal in a way we’ve never seen. This is revolutionary. 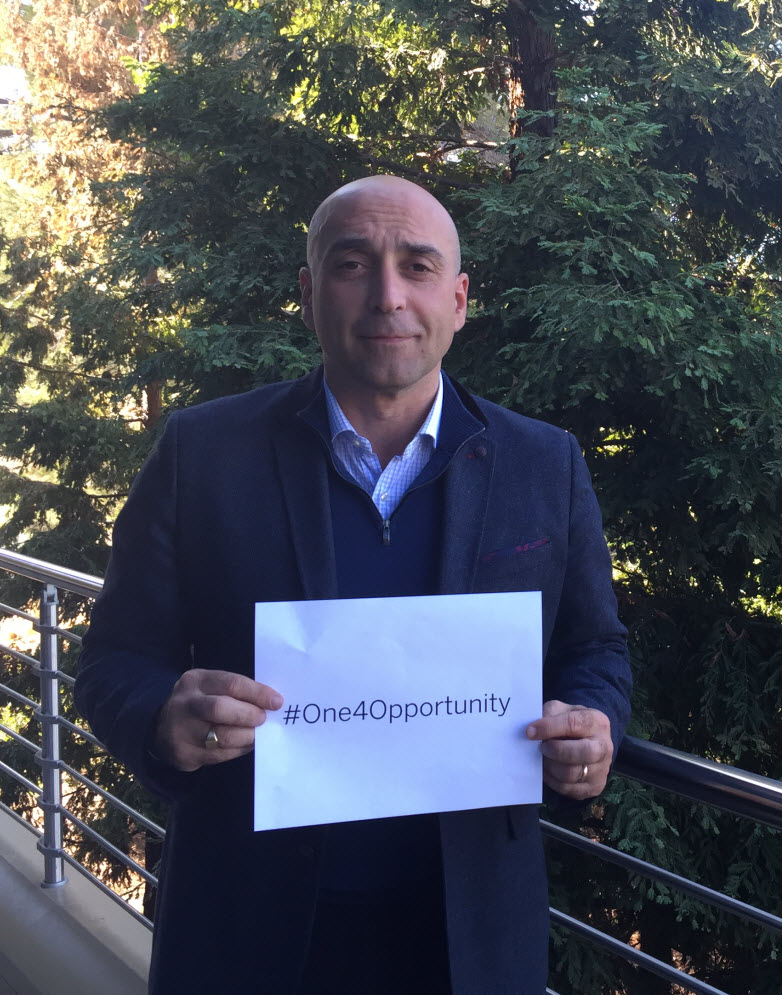 In Canada, my life is safe and comfortable, and my smartphone is a convenience that I largely take for granted. I use it for checking weather, traffic, sports scores, for talking to friends and family, and now I can even skip the line at Starbucks by pre-ordering and pre-paying for my coffee. I love it, and like most of us, I’d rather give up caffeine than give up my phone. It’s easy to forget that in other parts of the world, mobility provides essential community and context that brings people together like no other time in history.

I ask each reader to participate in the #One4 project, a campaign that SAP is participating in, along with Grammy Award winning band Imagine Dragons, Apple, and KIDinaKORNER/Interscope. For each download of the new Imagine Dragons song “I Was Me”, Apple and Imagine Dragons will donate their respective proceeds to the UN Refugee Agency (UNHCR). Further, SAP will also donate USD 10 cents for every download up to the first 5 million downloads from iTunes. It’s simple – the more downloads, the more money raised. You can also follow @One4Project pages on Twitter, Facebook & Instagram. Show your support by sharing your #One4 motivation – post your pictures as part of the social media page campaign using the hashtag one4.