Marketing, at its best, helps others

One of these days, I’m going to finish my novel and when I do, it’s going to be phenomenal! Sadly, I have to go for quality over quantity because there’s no way that I’m going to catch up with some of the most prolific writers.

Earle Stanley Gardner, the author of more than 80 Perry Mason novels, is one of my favorites. In his early pulp fiction years, when Gardner was paid by the word, his goal was to write 1.2 million words per year! Another tried and true favorite is Agatha Christie. She wrote 69 novels and 19 plays, but more impressive is the fact that she has sold more than 4 billion books! 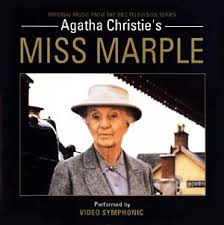 However, one of the most prolific authors ever is named “Anonymous.” Anonymous is one of the longest-lived authors and has penned poems, novels, songs, and ransom notes. Anonymous is a whistleblower, a hotline tipster, and an unidentified source. Sometimes a crusader for justice and sometimes a villain, Anonymous enjoys a secret life in the shadows.

Stylometry (the study of linguistic style) — when paired with statistics — has been able to pull the mask off of Anonymous. Stylometry uses numerous techniques to analyze writing. It has been used to expose fake Shakespeare texts and discern which speech writer contributed to famous political speeches. Now stylometry may come to the rescue of marketers.

This problem is not unique to Amazon. In fact, researchers at Cornell University have created a website called ReviewSkeptic.com that attempts to sniff out “phony” anonymous hotel reviews. Another site, fakespot.com, analyzes and scores reviews to help users spot a fake. They even have a list of top fake reviews.

Does Amazon really think that 1,000 “fake” reviewers are significantly detrimental to their brand? Apparently they do. In their complaint, Amazon stated:

That’s a little hard to swallow. Of course Amazon doesn’t really believe 1,000 phony reviewers have an impact on the validity of their product review as a whole, but the public perception that good reviews are less than earnest is a matter that needs to be addressed. Quite simply, Amazon probably can’t stop the abuse as a practical matter, but they can demonstrate to the public that they care.

So perhaps Amazon can hire Miss Marple to sniff out anonymous reviewers by using stylometry and Perry Mason can put them all behind bars. More likely they will be able to do little more than secure Amazon’s integrity. That’s great by me. When my novel is offered on Amazon, I want everyone to know that I earned my five-star rating.