The Internet of Things (IoT) is creating huge buzz because, as individuals, we are part of it. We carry mobile devices that include sensors such as accelerometers and GPS receivers. We collect our own personal data (e.g. health and exercise) through mobile apps and, if we want, can broadcast these data.  We are sensors 24/7.

The projected number of connected devices is staggering. Forbes predicts that there will be 4,800 connected end points added every minute growing to 7,900 by 2020. This explosive growth is expected to yield 29.5 billion connected devices by 2020. Cell phones are only one of many devices that will have Internet connectivity fueling IoT.

Cities might be the first to benefit from IoT. Today, sensors are used to monitor the built environment, such as buildings, manufacturing facilities, streets, homes and many other assets, for energy efficiency and operation. These sensors can transmit their location and, as such, location analytics can be used to visualize and thematically map location-based data. Forbes has predicted that “IoT deployments will create $421 billion in economic value for cities worldwide in 2019. That economic value will be derived from revenues from IoT device installations and sales and savings from efficiency gains in city services.” But because cities depend heavily on geospatial information for so many government operations, location technology will also serve to underpin the analysis of sensor data as it relates to myriad city functions. Location technology is inextricably linked to IoT because every sensor data point or mobile transaction happens somewhere.

The sensor web is the connective tissue of the IoT where devices continually broadcast data to monitoring devices such that real-time information can trigger tasks and actions. For example, GE has partnered with the cities of Jacksonville, Florida and San Diego, California to introduce LED lighting for streetlamps that can be “tuned” to the needs of the urban environment. However, these same streetlamps might eventually carry sensors to monitor any number of environmental factors. Imagine a network of streetlamps that can “sense” hyper-local changes in pollen, pollution and barometric pressure in addition to more mundane measures of temperature, humidity or wind direction. The resulting data could have profound implications for improving citizen services.

Mapping of sensor data can reveal proximity relationships that can also expose macro-scale patterns such as “heat islands” in cities where energy consumption may be expected to high. Such information might be used to alert building owners that remedial action to insulate buildings should be taken. In addition, city engineers can use traffic flow patterns from both embedded street sensors and social media to control traffic signals. Similarly, the streetlamps mentioned above could use video image analysis to capture and detect available parking spaces leading to a reduction in congestion during peak travel times along roads and city streets, and a smaller, overall carbon footprint.

In a McKinsey report, “The Internet of Things: Mapping the value beyond the hype,” found that the IoT “hype may actually understate the full potential—but that capturing it will require an understanding of where real value can be created and a successful effort to address a set of systems issues, including interoperability.” Today, the Open Geospatial Consortium has a dedicated working group for the sensor web thereby enabling the geospatial technology sector to engage with the sensor community on standards, encoding language, interoperability and web services.

In transportation, factories, power plants and other industrial operations (aka the “industrial internet”) IoT is already having an impact. Operations managers are finding benefit from knowing where telematics sensors are providing feedback for corrective action.  Whether it’s the ability to monitor the data and location from train locomotive engines or local transit bus tire pressure, sensor data is giving them an understanding of where preventative maintenance should be undertaken. But data analytics requires that sensor data can feed business and location intelligence systems. In a study by Tata Consultancy Services (TCS), executives were asked to rank 21 success factors for IoT. It recognized that “integrating IoT data with enterprise systems, and making sure IoT technologies are reliable and secure” were among the top ten.

Home and building sensors are also finding their place in the retail sector where a store’s footfall traffic captured by indoor beacons can yield buying patterns of the most loyal customers. Retailers are looking to more accurately predict sales, thus enabling better merchandising and ultimately making logistics more efficient by getting products to market faster. Beacons using Bluetooth Low Energy (BLE) technology as well as advances in LED lighting that use a smartphone’s camera as a sensor can provide accurate indoor positioning that alerts the consumer to nearby product promotions.

As we have come to expect with mobile devices, the assumption that each sensor will be able to locate itself will only grow. Location will provide both context and proximity, and underpins a fundamental need to understand where something is happening and its magnitude. As the sensor web grows, analyzing location-based data will be part of an expanding component of business analytics and location intelligence. 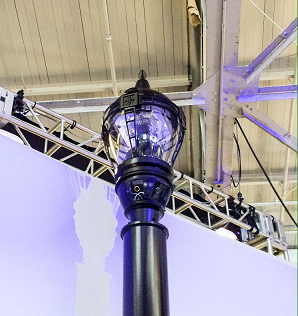