There’s a number of session management improvements, including the ability to cancel a Web Intelligence query. If you’ve been playing around with Web Intelligence 4.1 SP6, you may have noticed a new puzzle-piece shaped icon in the bottom left corner. 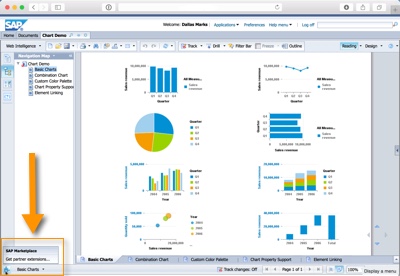 It’s a link to the new SAP Marketplace.

The SAP Marketplace is present in all three editions of Web Intelligence: the HTML edition, the “Rich Web Interface” Java edition and the “Rich Client” desktop edition. The Rich Client is shown below. 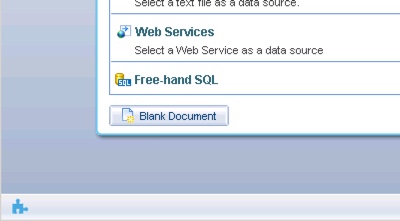 Clicking the puzzle-piece shaped icon opens a browser window to the SAP Analytic Extension Marketplace, where you can check out extensions to Web Intelligence as well as other SAP analytics tools such as Design Studio and Lumira. 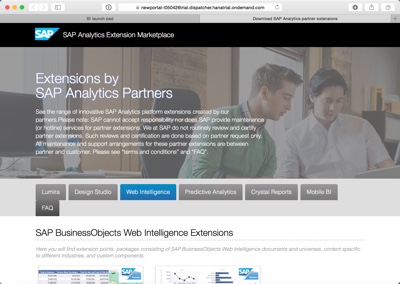 I think it’s fantastic that SAP has created a space where we can see the variety of third-party products that are available to extend our BI landscapes. Clicking on a product takes you to either the vendor’s web site or the new SAP Store. An example of the latter is Centigon Solutions’ CMaps Extension for Web Intelligence. In addition to Centigon Solutions, there are other Web Intelligence extensions from APOS, BusinessGeografic, Datagaps, Galigeo, and NOAD. Some of these vendors were new names to me, so hopefully they’ll benefit from the exposure in the SAP Marketplace. 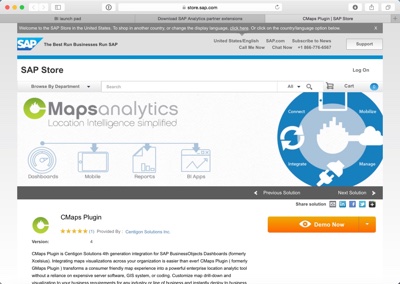 To begin, navigate to Users and Groups, identify the group that you want to customize, right click and choose Customization. In my example, I’ll modify the Everyone group. 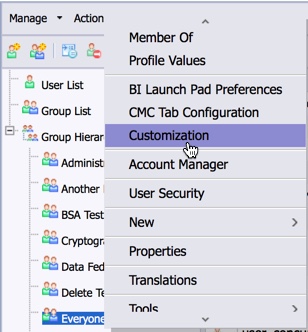 From the User Interface Elements tab, open the Status Bar options and clear the checkbox next to SAP Marketplace. 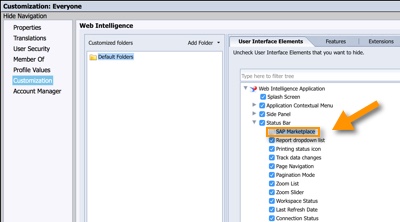 The next time users in that group log in, they’ll no longer see the SAP Marketplace icon. Note that the icon is visible when the Web Intelligence Rich Client is launched, but the icon disappears when the user logs into a CMS that customizes the feature be hidden.

I find the Web Intelligence customization feature a little tricky to work with, especially with inheritance from multiple groups. But until SAP adds a corresponding access right to the access levels, this procedure is the way to go. But before you do, be sure to take a look at the interesting ways you can extend the capabilities of Web Intelligence.

Are you enjoying the new features in Web Intelligence BI 4.1 SP6? What do you think of the new SAP Marketplace and SAP Store?