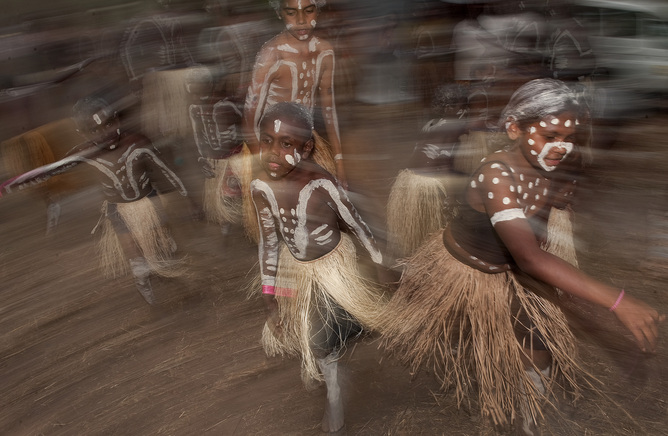 Data Visualizations help understand raw data and enable us make decision on issues related to the field of research. Here in this blog, we are showing the power of visualization for data collected on causes of death from year 2007 to year 2013. There require an independent and detailed survey to explain the causes of death within indigenous and non-indigenous Australians being attributed to “natural causes” and the young ages of those dying, according to a Fremantle-based PhD researcher and human rights campaigner.

As a student of higher studies studying in Victoria University, we are obliged enough to work with the profound luminaries of this reputed institution. We briefly explained the causes of death between indigenous and non-indigenous Australian by Visualizing the authentic report data by Australian Bureau of Statistics which we analyzed using SAP Lumira tool.

Indigenous and Non-Indigenous Australian Statics on Causes of Death

In view of this data, the causes of death statistics are gathered from year 2007 to 2013 and a visualization is put forward to make the information helpful to analyse for better health outcomes. 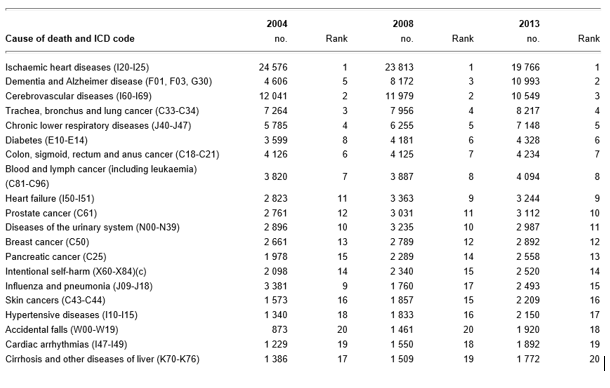 Causes of Death in Indigenous and Non-Indigenous Australians (ABS, Australian Bureau of Statistics – 2013, 2015) 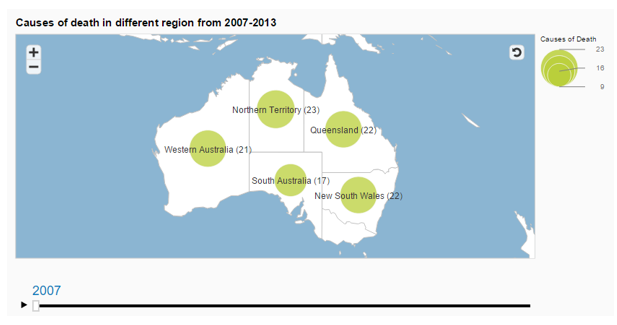 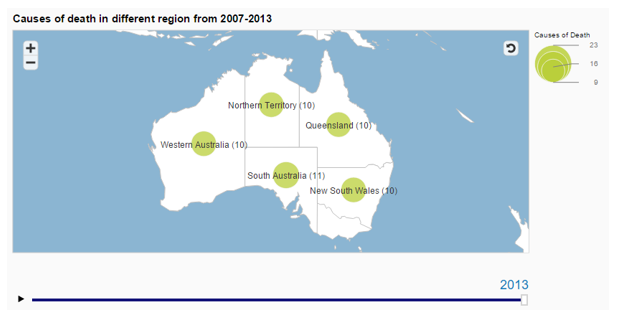 There are different number of death causes in different regions like NSW, Qld, NT, SA and WA. This is due to the people expose to different living conditions or different levels of medical availability. In this visualization there is an increase number of causes in 2007 compare to 2013. The amount of causes of death is different and has a wide difference in both the group which is being visualized below. 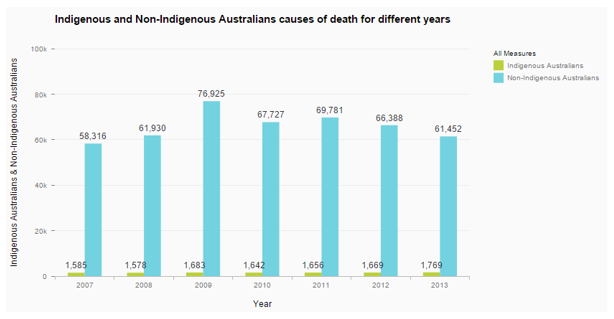 There is a comparison made between indigenous and non-indigenous Australians and can see that the deaths have more in non-indigenous population compare to other group. The highest deaths occur in the year 2009 for both the groups. There is an improvement in the reduction of deaths from 2007 to 2013 which is due to the health awareness among individuals, sophisticated technologies, etc.

Further dividing the population on gender there is a wide variation in the death rate between these groups. As shown below, the female death rate is predominantly more compare to male in each group in different years. 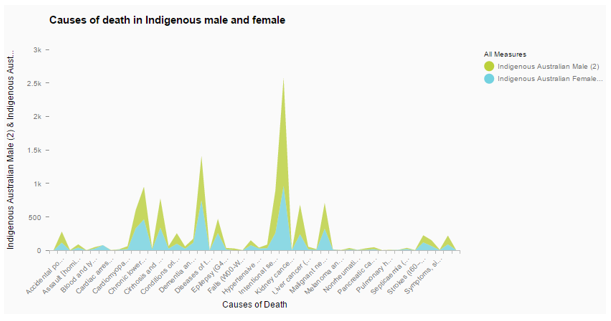 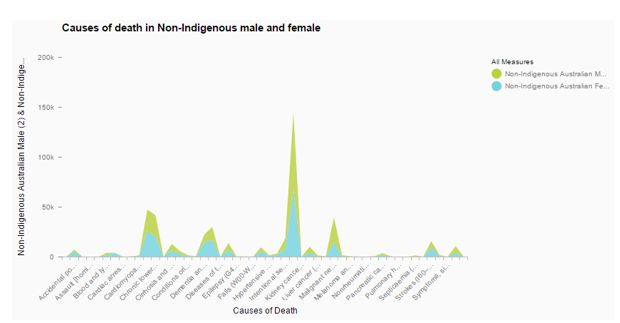 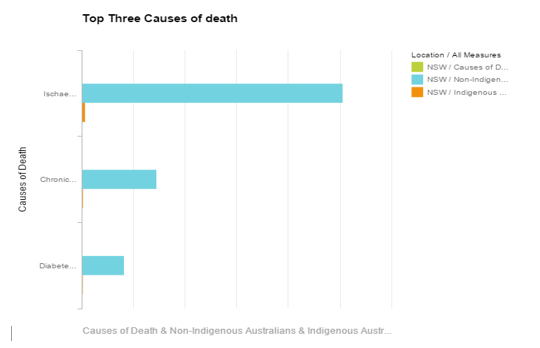 A comparison is made between years 2007 and 2013 and it is viewed that the number of death rate is comparatively less in 2013. As seen in below visualization, the comparison is done with respect to different Australian region and in every region is a reduction rate compare to earlier years. This trend shows that the standard of life is increasing and there is much development happened in the field of health and medicines. The basic reason for this kind of trend can be heath awareness among individuals and introduction of sophisticated technology in place. 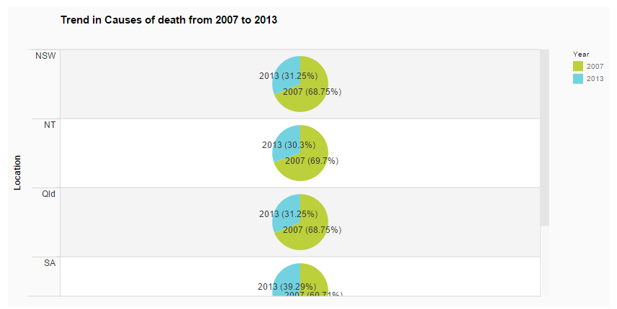 Australian Bureau of Statistics help government and policy makers to analyze the data and create a healthy livelihood. Data visualization help understand and make decisions on health issues concerning deaths in indigenous and non-indigenous group. As viewed there is more deaths for non-indigenous Australians and there require a more support required from government and insurance companies to bring about compatible heath package to overcome these death rate.