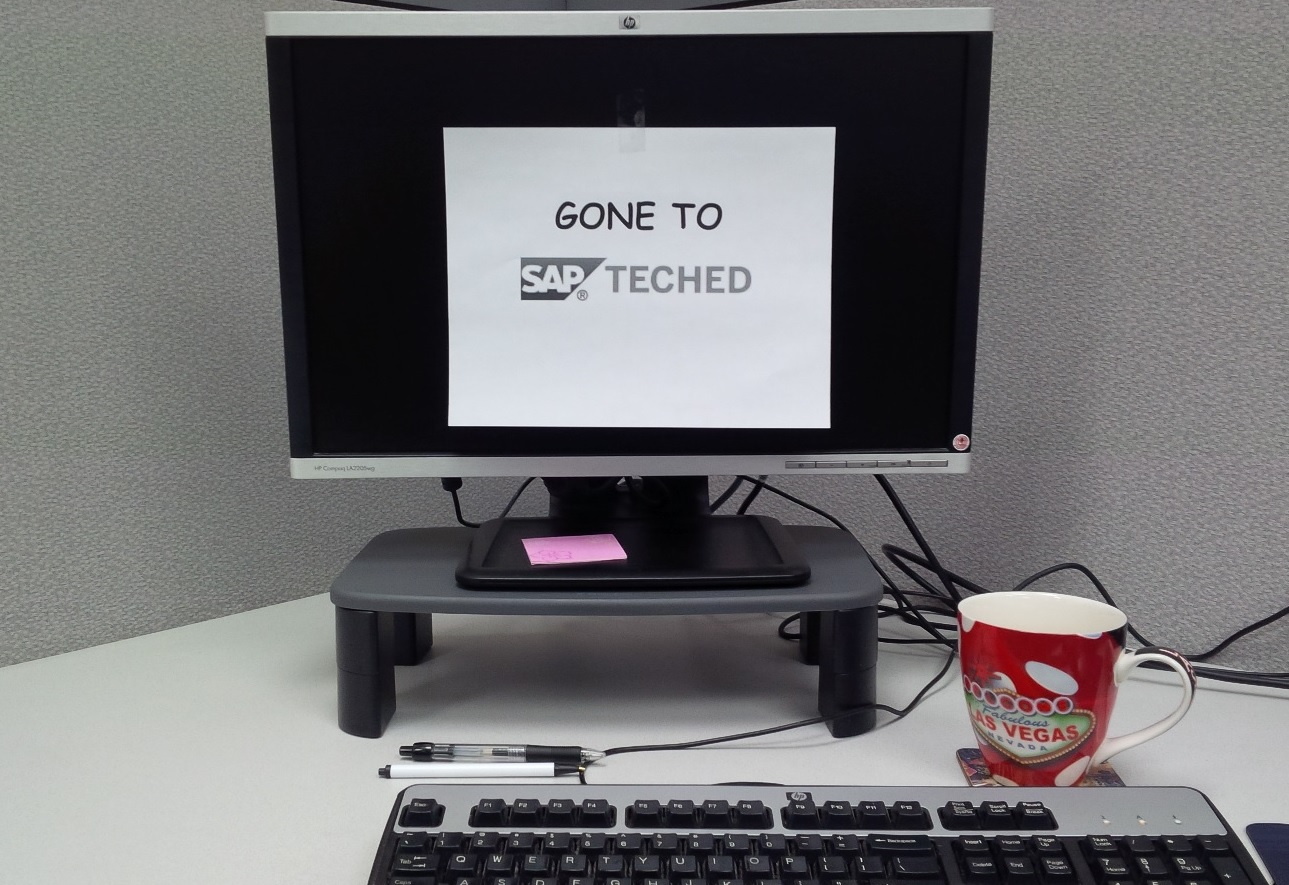 The TechEd season is upon us once again. It’s either the most wonderful time of the year to meet with colleagues and friends or the dreaded week of the annoying ‘I went to TechEd and all I got was this lousy t-shirt’ blogs taking over your SCN activity stream.

This year I will be at the happy end of the spectrum because TechEd in Las Vegas will be graced with my presence. Oh yes, I’m packing comfortable shoes, energy bars, pain relievers, vintage Mentor shirts and am going to Vegas, baby!

Of course, one does not simply arrive at an SAP event without building agenda in advance. My agenda building method has already been outlined in the SAPPHIRE blog. The same suggestions apply here. One (and maybe the only) good thing about the online agenda builder is that the SAP Mentor speakers are clearly labeled with a “mentor lemon”. I have yet to see a Mentor-lead session (on any subject) that was not good, so I’d consider this as a “quality seal”.

A quick look at the session list reveals that 2015 is the grim year to be an ABAPer at TechEd. SAP may try very hard to convince us that they are indeed not trying to kill ABAP. But, ladies and gentlemen of the jury, I bring you Exhibit A showing that ABAP clearly is not a priority anymore in the TechEd sessions: 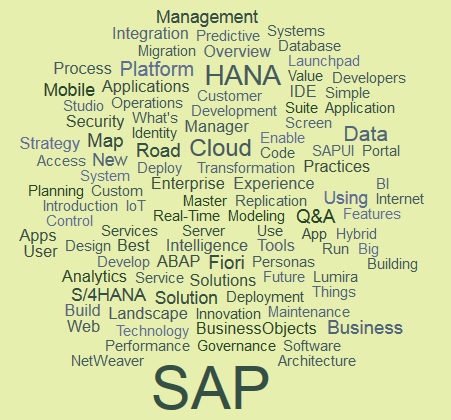 “Where in the world is ABAP?”

But lucky for us, Paul Hardy will be there to fill in the void. His session is TEC125 on Wednesday at 3.15 pm. I suggest arriving early because there is a big chance it will be standing room only. Also don’t forget to bring his book to get an autograph. If for some odd reason you don’t have his book (or your airline regulations don’t allow such heavy luggage), I’m sure SAP Press (or whatever they are called now) will have a shop there. You’ll thank me later.

Another notable international guest this year is Steve Rumsby. He runs a hands-on session on Personas (UX263) and, surprisingly, space is still available there. On Wednesday his session starts right after Paul’s, which is quite convenient (don’t worry about missing the first half hour of the networking reception).

Those interested in the SAP Most Renamed Product aka SAP XI/PI/PO/PRO should go to bed early on Wednesday to catch the 8 am session INT111 ‘SAP Best Practice Integration with SAP Process Orchestration and Others’ by Daniel Graversen. Or you could just wear sunglasses – we won’t judge. “What happens in Vegas”…

As you can see, my session choices below reflect the state of total confusion in ABAPer minds these days. Should we all become architects? Or integrators? Or UI designers? Well, I guess we’ll find out next week.

Almost forgot. This year there is a Mentor Scavenger Hunt, errr, Catch a mentor mission for TechEd participants. I’ve heard that Mentors can be lured in with potato chips and single-origin chocolate, but don’t quote me on this. Mentor list is available here – go get’em!

My agenda is below. (Of course it’s a decoy for the Mentor Hunters, hehe. 🙂 )

See you in Vegas!

have a great time there.

Couldn ' t have wished a better "reporter" to describe the event.

(Boy if you' re an abaposaurus... what am i? abapoplancton?)

I am sure people are aware how politicians find various ways to avoid answering the question they are being asked.

Q: Mrs.Thatcher - did you kill the Duke of Edinburgh?

A: Well you have to understand, the economy of Great Britain is better than that of say, Venezuela.

So when a self-confessed "cloud evangelist" said the Cloud was Good, the Cloud was the way to go fro all SAP customers, and no ABAP was allowed, I asked if maybe that was a sign he maybe foresaw a lesser role for ABAP in the future? The answer was don't be silly, everything is fine.

Again to quote a UK comedy show, this time "The Fast Show"

Minister: One of the main problems of course, is the rapid rise of unemployment.

Interviewer: Why do you think unemployment is rising - under your government?

M : No, I think you'll find you are wrong there. I never said that.

I: I have you on video tape saying it just then. I have evidence.

M: Well, that's where you and I disagree.

I keep getting assured that ABAP is alive and kicking, and then you get subtle clues like the one Jelena picked up on above. It's like one's company posting the new organizational chart, and your name is not on it, and when you ask they say, don't worry you still have a future.

There are one or two sessions at TECHED about how to extend S/4 HANA and I am bursting to see if I hear the same message again or not.

I truly believe that no matter how many times SAP write "go back to standard" on their slides - i.e. "ditch your Z code, ours is better" , I reckon companies which have spent millions on custom development (all of SAP's customer base) might have some minor reservations about that.

Moving on to TECHED I am anxious to see what the dustbins are like. I am going to see if myself and my matey and fellow speaker Brian O'Neill cannot visit every one of the 22 bars in the Venetian hotel during the conference. Anyone else with an interest in cutting edge SAP technology is more than welcome to join us on this quest.

Nonetheless I also enjoyed building up my agenda of TECHED talks to attend and I will be posting blogs on the content of everything I hear that is important, albeit augmented with dustbin photographs.

I just got my speaker t-shirt and just like the one from the SAP developer conference last November in Sydney, the joke on the front only makes sense if you are familiar with JavaScript.

Now I have nothing against JavaScript, it's a fine language, but the nature of the t-shirts give me a clue as to SAP's future direction.

It is rather like when I was at SAP Inside Track at Bonn the other year, and I noticed one of the guys had a t-shirt with his twitter tag @SE38

I had a giggle and then the person standing next to me asked me what SE38 meant, at which point it was time to burst into tears.

That was me (the guy with the se38 handle, not the guy who asked) Well, your agenda indeed reads a bit... umm... "querbeet" (= all over the place). I'm really looking forward to your daily blogs about the whole experience, because I loved your TechEd blogs from last year.

I think, this one is from the time when Java was highly propagated by SAP.

I'm Java and SAPUI5 Developer myself. But I don't think ABAP will die out that fast. Neither do I think SAP is implying it.

Excellent blog, Jelena, as always.  And I do agree that the Mentor Lemon is a seal of approval.

It's even harder to find core content on SAP Workflow if you are a Workflow-adon, but one session I can recommend is INT207 - Basic Concepts of SAP Workflow Development - by Meet the Speaker - Martin Maguth.  I mean, if we're talking about the good old fashioned kind of SAP Workflow that almost every customer is (or has to) run.

I'll be stepping out of my comfort zone and stalking tracking Steve Rumsby around so I can add some new skills to my old toolbox, and now I can add Paul Hardy's session too!

BTW, Mentors can be lured by chips and chocolate, and occasionally adult beverages.

Looking forward to it!
Sue

@Paul - you'll find that dustbins in Vegas are spectacular, but they are called "trash cans". 🙂

@Steffi - LOL, extra points for finding ABAP. My agenda does look quite diverse. But my family relies on my income, so don't want to end up like that dude on Sergei's picture.

@Susan - thanks for the tip! Yeah, the good old fashioned Workflow also seems to be at the kiddie table this year.

It's going to be interesting...

And if you are in Barcelona, you can join the discussion in Roel van den Berge 's session EXP27334 It's the end of the ABAP'er as we know it

Thanks for the mention Uwe! I'm looking forward to lively discussions 🙂

Hi Jelena.  Thanks for another great blog!

Rest assured that the rest of Abaposaurus not be attending, like me, will be looking forward to any news from you regarding the answer to those questions.  🙂

I am in the airport in Hawaii at the moment, waiting to fly to Las Vegas for TECHED.

I am travelling with Hawaiian airlines, and I could not help but notice the title of the in-flight magazine, which seemed somehow appropriate. 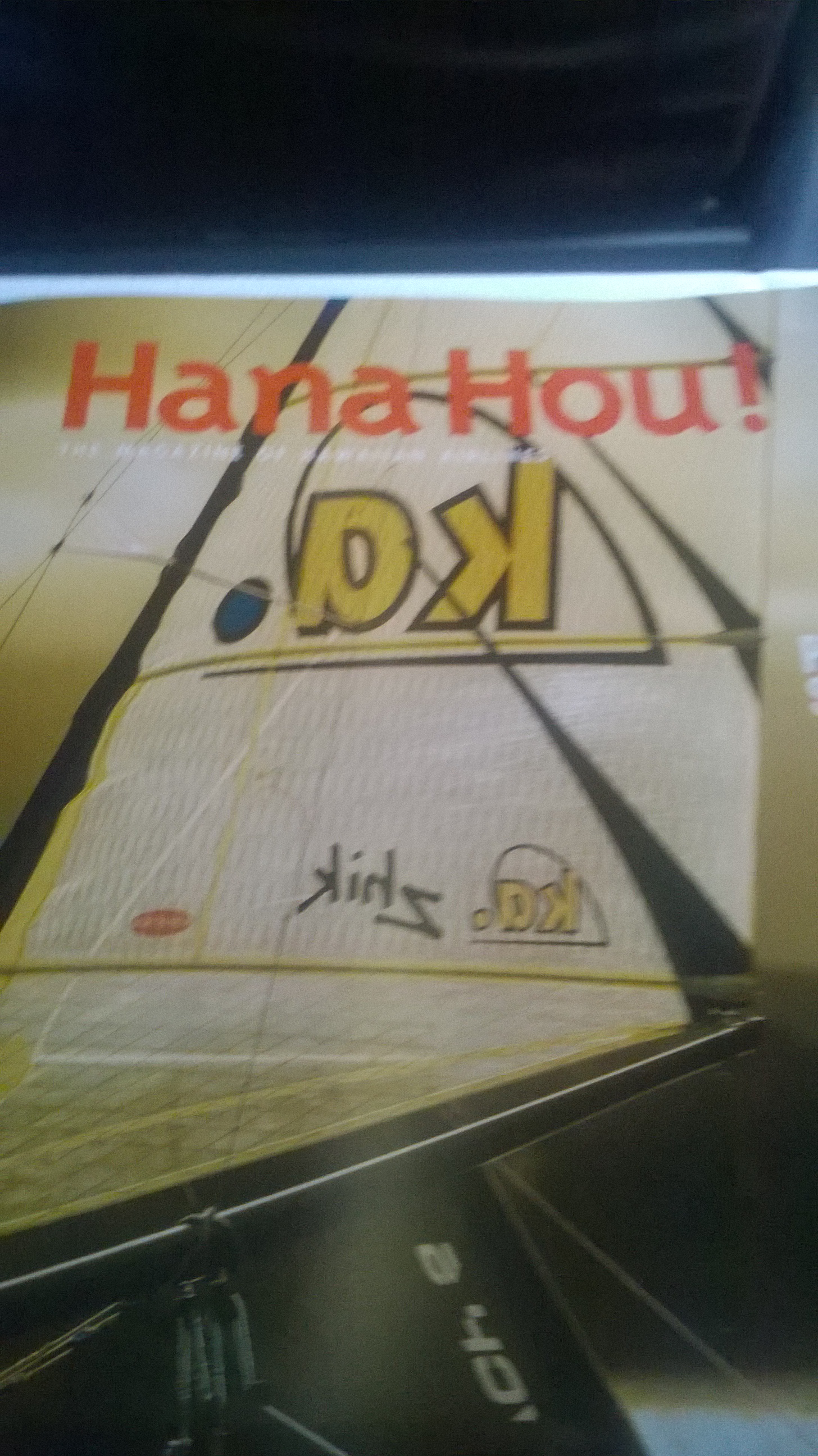 Las Vegas AND Hawaii? Some people have all the fun! 🙂 Safe travels!