We are delighted to share with you today’s impressions of 3D Printing and Arduino Workshop. A total of five workshops took place during EU Code Week (October 10-18, 2015) in d-shop at SAP’s headquarter in Walldorf.

The d-shop (short for “The Developer’s Workshop”) is a program that aims to bring hardware technologies closer to all SAP employees. Here, you get the opportunity to explore the latest IoT and prototyping technology and create new ideas for applications. For EU Code Week the SAP d-shop team – led by Julien Vayssiere – has opened its doors and invited students and high school students.

The d-shop team were very happy to host a mix of students, external professionals and SAP employees at d-shop for five EU Code Week workshops. The workshops focused on two rapid prototyping techniques: 3D Printing and Internet of Things (IoT) prototyping using the Arduino development board. The students learned how to program an Arduino Uno microcontroller board using their own laptop, read sensor values, control actuators such as servo motors, LEDs or LCD display and communicate data in and out of the Arduino board. In the 3D Printing workshop students saw a 3D Printer in action, learned about industrial use cases for this new manufacturing technology and could model a 3D shape (the SAP logo!) on their laptop before printing it – and holding the outcome of their work in their hand!

Both workshops received absolutely positive feedback. The participants were happy to work independently and to try out new gadgets by themselves. They gained new knowledge for example about minicomputer and driving electronic components at Arduino Workshop, which is why the workshop was felt to be informative and interesting. The students who have participated in 3D Printing would definitely recommend it, too. 3D Printing turned out to be really cool. Furthermore the students are very thankful for the great supervision and assistance with problems which were given by the d-shop team. In closing it can be stated, that the students would love to join more workshops of this kind in the next future.

These workshops were also an opportunity to introduce workshop participants to how d–shop helps SAP teams create IoT prototypes that connect to SAP systems in the Cloud. 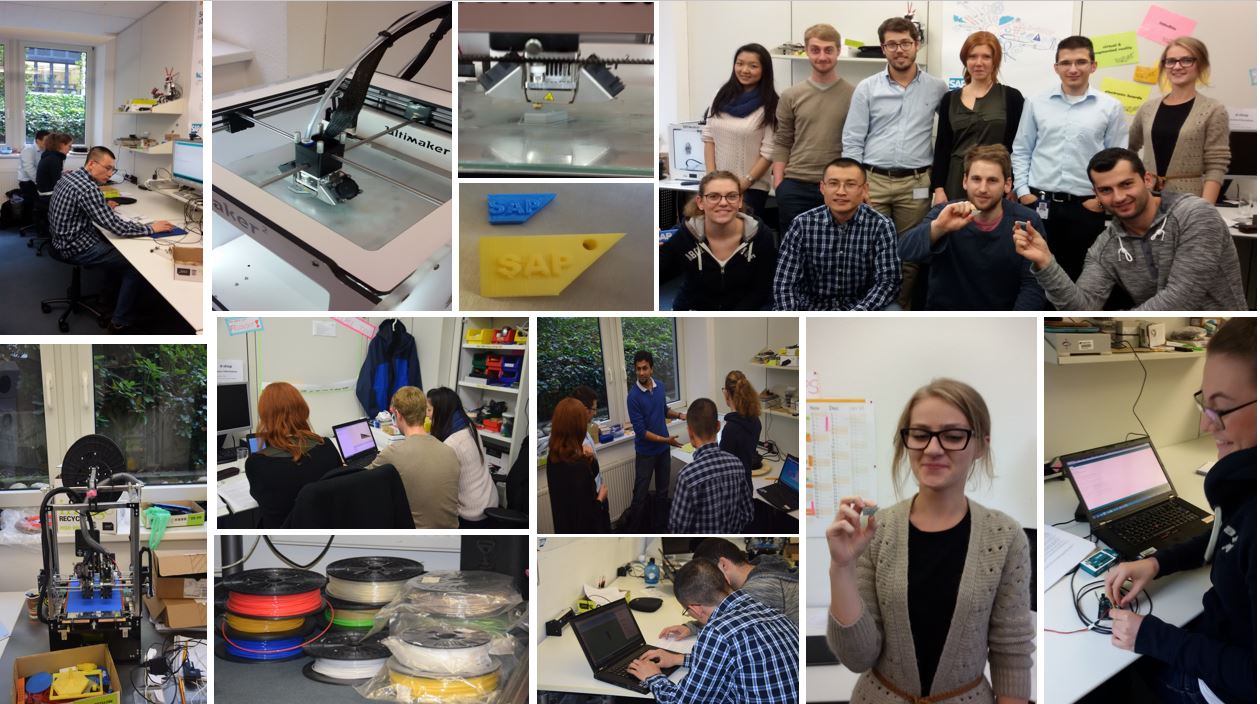 D-Shop, you don’t need to die to go to developer heaven!