SAP at the WIR.UNTERNEHMEN.MINT congress in Stuttgart

On October 13, 2015 SAP Young Thinkers Team presented the project IT2school – Gemeinsam IT entdecken at the WIR.UNTERNEHMEN.MINT congress which was organized by Baden-Württemberg Stiftung in corporation with Wissensfabrik.

At the Haus der Wirtschaft in Stuttgart guests got a fantastic insight in different projects and topics around STEM (science, technology, engineering and math). 15 booths of companies presented their projects in corporation with Wissensfabrik or Baden-Württemberg Stiftung.

More knowledge, more skills, more future – that is what Wissensfabrik stands for. Together with academic partners, Wissensfabrik develops projects that can be implemented in day care centers and schools. SAP is part of the Wissensfabrik since June 2015 and helped developing the project IT2school- Gemeinsam IT entdecken.

After the official opening by Christoph Dahl, Head of Baden-Württemberg Stiftung and Dr. Heiner Boeker, Head of Wissensfabrik, Franz Fehrenbach, Head of supervisory board of Robert Bosch GmbH did welcome all guest in his opening speech. He spoke about the importance of supporting young people in technical and IT topics.

All guests had the great possibility to visit the very interesting booths, with lots of fun and creative projects, talk to the exhibitors and about their experiences. The SAP booth was very popular as there were the Wissensfabrik-IT2school-modules represented by Scratch and MakeyMakey: The guests were invited to play the banana piano or try first coding steps by their own in Scratch and inform themselves about the SAP Young Thinkers Program. The IT2School project aims to stimulate interests in STEM, especially introduce students to IT, e.g. how the internet works and first steps in programming.

In parallel different workshops were offered to all participants. Topics included such like educational partnerships, experiences with inventers/inventers clubs in schools, entrepreneurship and coaching4future/MINT.

As a special guest the Head of Baden-Württemberg, Mr. Winfried Kretschmann highlighted the importance of coding skills in his speech and the following discussion with Franz Fehrenbach, Dr. Ortwin Renn, Karin Winkler and Dr. Dieter Zetsche. He announced that coding skills will be mandatory at all schools in Baden-Württemberg soon. Bernd Welz, executive vice president and head of Scale, Enablement & Transformation, SAP SE congratulated him on this decision and offered help to shape the curriculum. 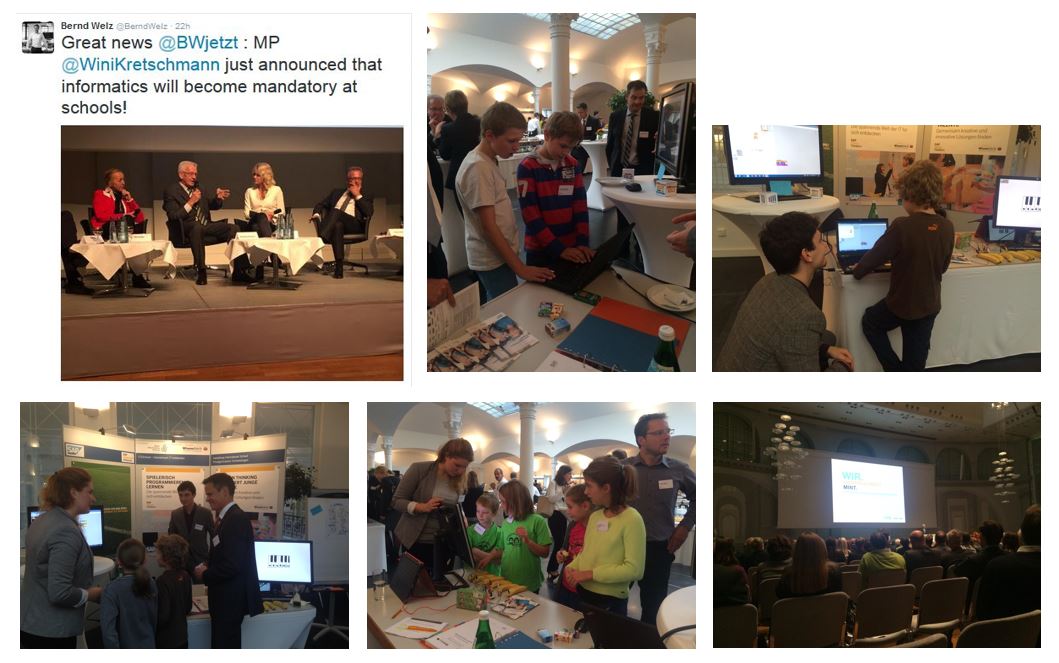