SAP forum Slovenia – How to make business simpler in the digital economy?

As every year also in year 2015 we had the pleasure to be part of the SAP forum at Brdo pri Kranju in Slovenia. As students we got the chance to know the newest technologies, which are going to be used in the business area now and in the future.
We are convinced that the main point of SAP was simplification, which should enable people the easier use of technologies and a better understanding, because the main purpose of the technologies should be solving complex problems and make them simple to understand. An important part of simplifying complex things is in trying to visualize them efficiently, especially in the business area, where the amount of data has grown in the last two years as much as it did before in 10 years.

We had the pleasure to see and test SAP solution for visualizing data. 😎   Lots of data can be good, because we have more information and decisions based on more information can be better, but this doesn’t have to be always true. Sometimes decisions need to be made fast and with a lot of data. This is only possible with the right visualization of data, which makes information more clear and easy to understand. 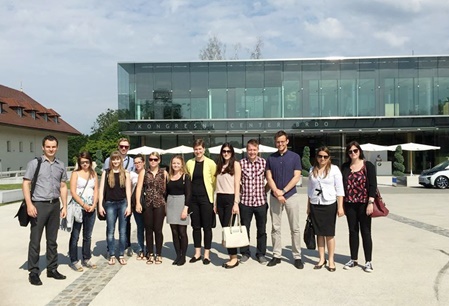 Our first event, which we have attended was »Know your differentiation and gain your »Wow« effect.«
The key speaker of the event was Sami Sokkar, experienced marketing strategist, speaker and trainer. He talked about companies, which are afraid of leaving their comfort zone, but they are forced to do it, because out of their comfort zone, they can achieve innovations and be better than the competition.

Innovation leads companies to differentiation, which is one of the most important parts to achieve revenue and gain market share.

One of such examples was a french restaurant, where guests have the chance not only to eat food in the restaurant, but also help with the preparation of their own food, which they have chosen from the menu. The companies should also differentiate themselves on the area of commercializing to be able to attract the right group of customers. 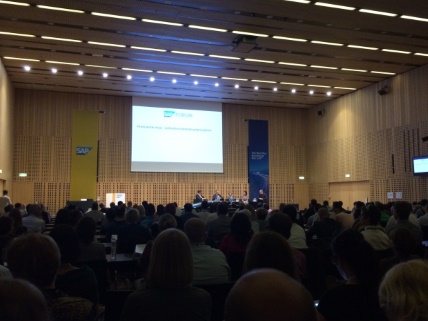 After this we attended the event »SPAR on HANA  CASE STUDY«. On this event we saw the importance of visualising the data, which is used in everyday business. We saw also the rise in performance, because the company SPAR is now able to analyze data from 9 a month period in really short time – 6 seconds, because of the SAP HANA technical platform.

Next event on our schedule was  the application of SAP Lumira Cloud technology. Also on this event we saw the importance of visualization. We used the data of the best Slovenian skier Tina Maze in her skiing career. We got the chance to see through the data, how her success story was evolving over the past years.

While others were going into hall and listen lectures, students were take over the place in anteroom with our own computers and performed work shop with Jaka Černivec, University Alliances Manager, SAP Central East Europe Market Unit.

Objective of its educational work shop was to use data visualization to analyze ERP simulation game data.

Our activities were firstly sign up for free SAP Lumira Cloud, secondly we imported and prepared data, performed data cleansing and harmonization and in the end we created data visualizations.
Many courses at SAP University Alliances member schools use ERP Simulation Game to introduce students to the role of integrated business processes using a business simulation game. This game simulates a commodity market wherein teams have to plan, procure, produce and sell products in a competitive environment. The goal is to strategize and run their company for profit maximization.

The game is played in the SAP ERP system while an external simulator simulate the dynamic market and all the variables that influence the game.

The human visual system has evolved to be particularly good at recognizing patterns. Data visualization has become a standard analytical tool which capitalizes on the ability of humans to recognize patterns within massive quantities of multi-dimensional data generated by business information systems. Many scientific studies have led to the creation of visualization models that utilize human perception and cognition.

When the number of dimensions is small, we can use standard graphing techiques for visualization for example

When the number of dimensions is large, there are several novel techniques for visualizing such data. They are categorized into the following major areas. 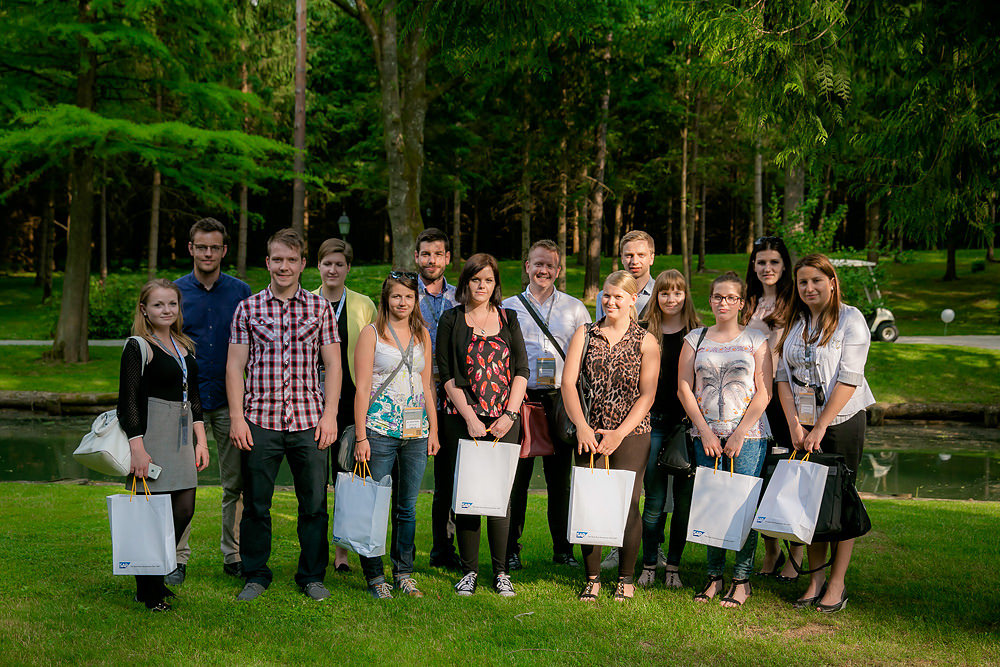 The last event we attended was »How tehnology change future on the ice«.

Person who leads an event was Nik Zupančič, who is assistent coach of Slovenian national hockey team. He presented us how Chezch hockey team improve themselves by using SAP. They are using SAP to make video analysis and statistics about games and players. So their coach could track data, while they were playing the game. This helped him to chose another tactic of game and he could change players for more successful game.

Technology impacts and will impact businesses. With the help of technology they can solve complex problems with solutions easier to use and understand, that’ s why it is important for the companies to take advantage of it. 🙂

Students of  E-business at Faculty of  Economics and Business Maribor,