Last week, the Prime Minister of India Mr. Narendra Modi visited Silicon Valley. This is the first time in 30 years that a leader from India has visited the West Coast. Usually, Indian officials focus on the East Coast during their US visits, particularly Washington D.C. The fact that Mr. Modi decided to extend his visit to the Silicon Valley gives a glimpse into his vision of Digital India.

Mr. Modi met with technology leaders such as Google’s Sundar Pichai, Microsoft’s Satya Nadella, Adobe’s Shantanu Narayen, Cisco’s John Chambers, Quallcomm’s Paul Jacobs and Facebook’s Mark Zuckerberg. You can watch a videos of his talk at a Digital Technology dinner and his conversation with Mr. Zuckerberg at the Facebook HQ.

Mr. Modi also made an appearance at SAP Center and gave a rousing speech to 18,500 people in the audience. My husband Pravin Kumar and I were one of them. In true Indian fashion, the evening was an extravaganza of dance and drama. Here is a picture from our SAP box seats: 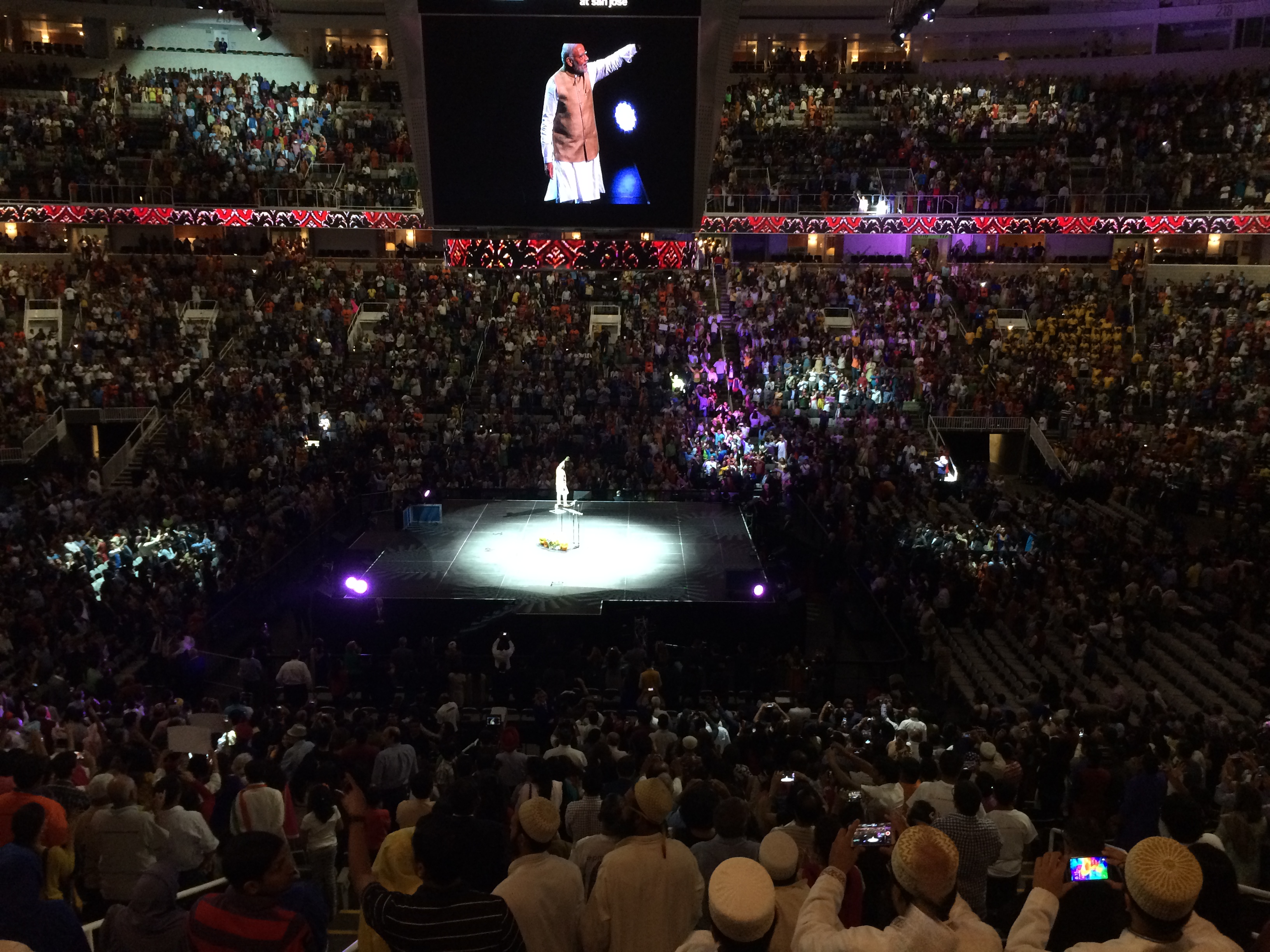 Check out videos of one of the opening dances and the final balloon drop!

Prime Minister Modi shared an inspiring vision of bringing technology and connectivity to the masses – even to citizens who have not had this opportunity in the past. He talked about internet Wi-Fi connectivity, not only in airports as we have today, but to the railway stations which millions of Indian citizens use every day. He shared the story of small fishermen using their mobile phones to share information about weather conditions to increase their safety and fishing yield.