The CRM Fiori apps are highly appreciated by SAP CRM customers, and also by the user group “sales representative”, which is the focus of the current CRM Fiori apps. However one big hurdle was continously mentioned: I want to use the apps offline.

Now the first two CRM Fiori apps are available as offline-enabled apps: My Accounts, My Contacts.

A customer who is interested in using these apps offline needs to apply SAP Fiori 1.0 for SAP CRM 7.0 EHP3, SP10 (wave 10); with release to customer date October 1, 2015. As further prerequisites SAP Mobile Platform (or its cloud edition HCPms) is required, and SAP Mobile Secure. 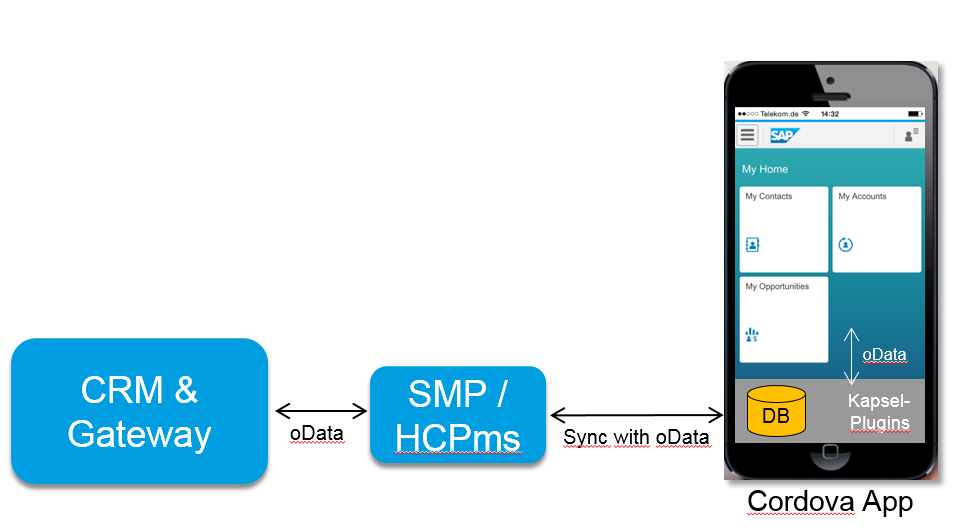 For app users this is great:

The process to get an offline app on your device can be described as follows:

In the customer environment the apps are packaged for offline use: The customer assembles all relevant data in a package. Then the customer uploads this package to “Mobile Place” of SAP Mobile Secure. From there the users can install the offline app on their devices. The data ges provisioned to their devices as defined, for example “my” accounts.

Detailed documentation can be found here in “Preparing SAP Fiori Apps for Offline Use” (help.sap.com).

This approach has some great advantages:

Please note that these offline apps can be used on smartphones and tablets, starting with IOS as the first platform.

Thank you for the great post. This looks very interesting. Do you have some information or maybe screenshots of how offline specific concepts like synchronization status of individual items / handling of errors / etc. is handled in the UI?

Also from looking at the My Contacts and My Accounts pages, it seems that there are a lot of restrictions on features in offline mode. Can you confirm that some editing capability is actually available offline and that this is not just for viewing data?

It looks as follows: 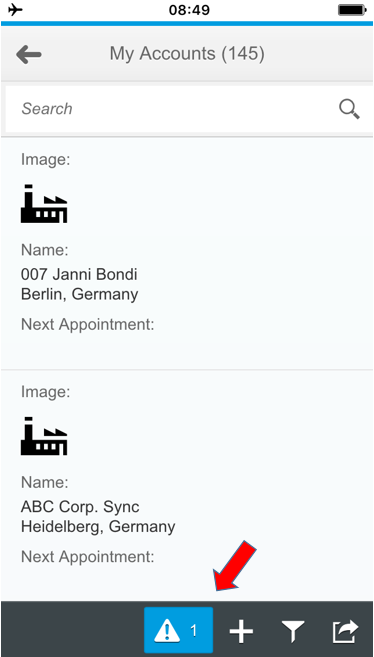 The user can open it, look at the different errors with detailed information and solve the errors. With the next synchronization the error log would not show these errors anymore.

I can confirm that editing functionality in the My Contacts app and My Accounts app is available. Lately we added also the possibility to create accounts offline and edit account data, such as rating or address data. See the SAP Note 2203696 for details.

Thank you for the great aswer! I really look forward to getting this up and running on our own environment!

Can you tell me how and when synchronization is currently triggered? Does it attempt to sync periodically or is the app listening for the connection status or similar?

Currently the user needs to trigger the synchronization explicitly. There are two options to trigger it: (1) Tap on "Synchronize" command, (2) Pull down to refresh. 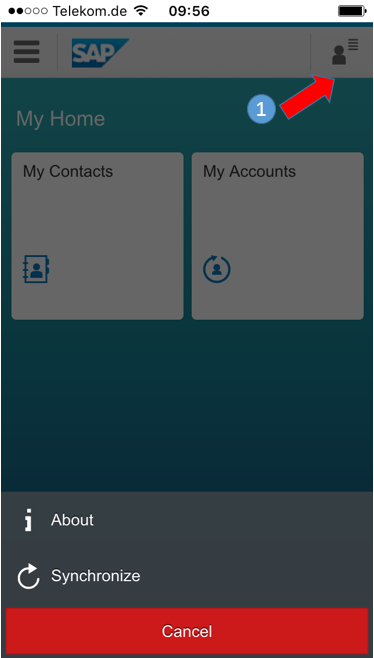 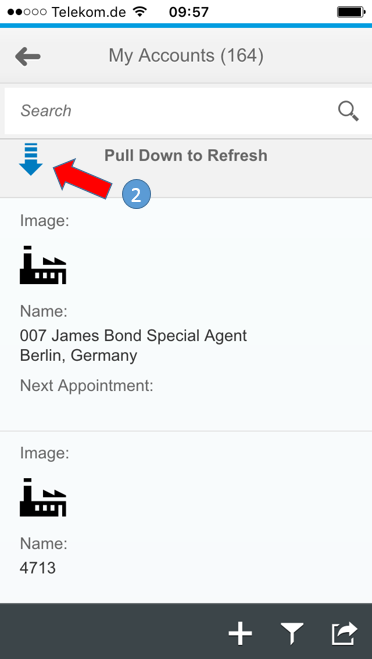 It is planned to provide additional, more convenient options by listening to the network connection status, as follows: If you have network connection, data is synchronized automatically once an hour and when the offline app is opened.

Is it right to say that any SAP Fiori App can be configured to have the 'offline' functionality?

Unfortunately this is not true. A SAP Fiori App needs be enabled in the coding itself by the development team to work as an offline app. If such an app is newly developed it is a good decision to already take care that it needs to support offline. This is much easier than enabling this later for an already existing Fiori app.

I have a question about the screen shot with the 3 applications.

As Account app and Contact app use the same service, I can set the endpoint of the application with the url of the service CRM_BUPA_ODATA.

But if I put the Opportunities app in the config file to have the three apps running in the same launchpad, how can i set the endpoint in the smp server ?

I assume you expect the My Opportunities app to be handled as an offline app in that case? This option is not supported yet. You need to wait for a next delivery of "SAP Fiori 1.0 for SAP CRM".

Thanks for the answer.

Let me explain my though.

The CRM fiori apps are linked between them.

For example, from Account app, you can jump into Opportunity app to create an opportunity.

If I can not, is the only solution to create independent mobile offline apps that can call each other ?

In case you want to have an integration between these apps that show updates in one app immediately in the other app (for example changed contact data) none of these approaches work as expected.

If the integration can be a little bit more loosely coupled it possible makes sense to try out your first scenario that includes the custom fiori with offline capability. However for this app you need to make sure that it has an app descriptor maintained (manifest.json). Also it is a question if you use the cloud packager or the local CLI packager.

You can see there are a few details to verify, think of - and perhaps try out.

I will ask a colleague that is expert in this specific area if he can join the discussion.

From my side I would suggest that you start trying out a few things so that you can check the details and verify the result.

Thanks for the reply.

I will try the following :

For the app packager, i will try the two ways (Cloud and local)

I hope I could write a post about this soon

Could you please suggest the services that are used for offline enablement? Are the below services contains all the functionalities/features specific to Offline?

Can you suggest how to download attachments and cache them in offline store at high level. I tried to save the stream using $value but binary is not getting saved . Same issue is discussed in the below blog and $value seems to be a constraint in Offline oData.