Winning Your Fantasy League Is Simpler Than You Think

Roughly 40 million people are estimated to compete in fantasy sports this year. But only one in ten on average, actually wins. So if you’re one of the 36 million fantasy losers out there, listen up… 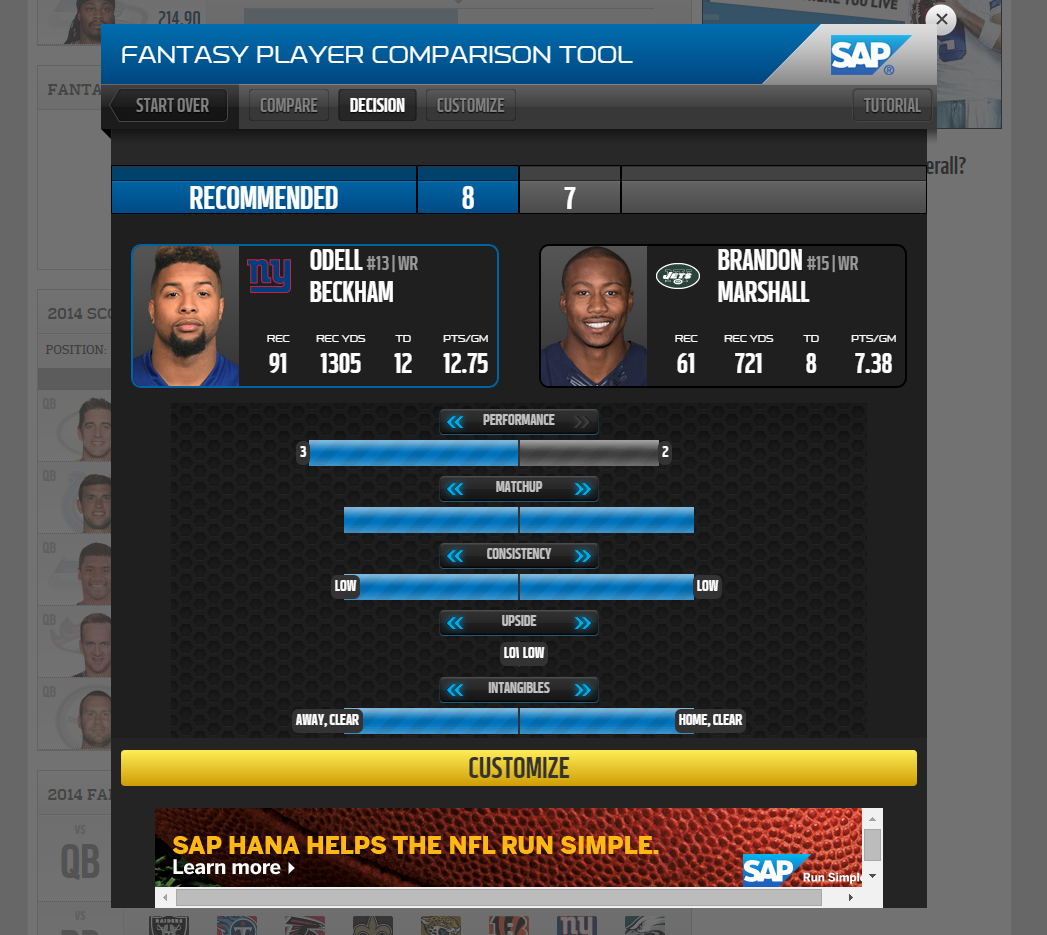 Each summer you enter the season thinking, “this is my year.” You probably spend hours studying in preparation for the big draft. But then, the surefire player you honed in on gets taken right before your turn. The frenzy of who to pick sets in. And before you know it, all of that scenario planning was wasted as hopes of a championship season fade away. But fear not, there is light at the end of the tunnel.

Championships are won through in-season management

Contrary to what you may believe, a solid draft can only carry a team so far. In fact, often times it’s the team that loses the first few games (through poor drafting) that ends up hoisting the trophy. The reason? Striking gold during with the waiver wire. Last year, Odell Beckham Jr., Jeremy Hill, Justin Forsett, and C.J. Anderson were undrafted in most leagues. But if you were lucky enough to have signed any of them during the season, the impact was huge. This year, we’re already seeing value for teams that were lucky enough to sign Tyrod Taylor or Devonta Freeman. Just like that, turn your three and outs into blowouts.

Let’s face it, winning your league is important. It’s so important, that 39% of you would sacrifice a year’s worth of beer, and another 19% would give up your cell phone. For the avid football fan, each Sunday is a holiday. But we’re all busy during the week. What if you could spend more time enjoying all of the action, and less time studying?

A simple tool with powerful results

The Player Comparison Tool powered by SAP HANA was launched by the NFL and SAP back in 2013. It’s been used to compare players over 10 million times already. Why is that important? Well, it’s not. If your league is hosted on nfl.com, then you’ve probably already gained an advantage from the tool. So has your competition. But what is important, is the fact that for the first time… everyone can use the tool, regardless of which site your fantasy league is hosted on. Think about what this means. It means, you’ll have a major competitive advantage with a powerful tool that no one else in your league even knows about. Plus it’s free and customizable. Here’s what it does:

Even if you’re a traditionalist and you don’t quite trust technology, there’s a “Fantasy Genius Community” on NFL.com to give you the human element for any football questions you might have.

It’s been a crazy offseason, and an even crazier start to the regular season. Your draft night is a distant memory, and the games are underway. Now is the time to shine through smart in-season management. Those diamonds in the rough are out there. And if done correctly, you might just acquire enough firepower to fix all of those draft day mistakes. The ones you made back in the preseason, when neither the games, nor your draft, mattered as much as you might have thought.

Who are you debating between starting this week?

This blog was originally posted on SAPSponsorships.com