The Quest For The Digital Economy: What Every APJ Business Needs To Know 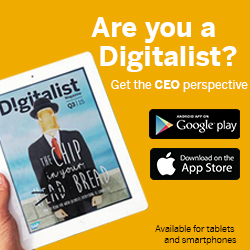 The news is out: Digitalization is affecting the entire planet and will continue to do so. Executives worldwide are well aware of this wave of change. In fact, the Economist Intelligence Unit recently confirmed that 60% of CEOs believe that failure to adapt to this new era of hyperconnectivity is the biggest challenge their company faces. But for Asia-Pacific and Japan (APJ), the stakes are even higher.

What makes APJ unique? For one, it’s home to 60% of the world’s population. With this massive people power comes more opportunities for innovation and growth. But first, emerging countries within APJ must make a quantum leap to close the gap between their current state and the desired capabilities needed to cater to the needs of digitalization.

Get ready! Four game-changers every APJ business can expect

Whether they’re paving the way for a telecommunications infrastructure or mass adoption of advanced technology, many APJ countries have already responded with regulations and frameworks that support growth in the digital economy.

Take Singapore, for example. Topping the World Economic Forum’s Global Network Readiness Index this year, this island nation has a nationwide high-speed, optical-fiber network and 87% broadband penetration. Plus, it is the first to publish a regulatory framework for the use of TV white space in wireless connectivity. However, Singapore is not the only one taking such measures. Even Laos, South Korea, and the Philippines are enacting e-transaction laws, cloud-first policies, and investments in high-quality, widespread access to the Internet.

What does this progress mean for APJ businesses? Four key changes that will forever alter how we work, learn, and interact with each other.

As technology continues to advance, companies will evolve exponentially – even blurring the lines between the business world and leisure (“bleisure”). As a new generation of digital natives matures, long gone are the days when information was confidential and owned by one source. Instead, unfiltered feedback, exposure to global influence, and dynamic cultures become the norm. And people will expect that same degree of flexibility and transparency as employees and consumers.

This is where social collaboration tools play a central role. By giving people the same degree of flexibility and transparency they experience in their personal lives, this technology keeps the entire workforce connected, productive, and collaborative while accelerating business operations and response to fluctuating market dynamics.

Twenty years ago, people entered the workforce expecting not necessarily a lifetime career, but at least a long-term position. Times are changing now that Millennials and Gen Z are changing jobs every 12 to 24 months – either leaving for another company or accepting a new position with their current employer.

To quell this loss of talent, many international companies are leaving behind traditional forced ranking systems and performance management processes. For example, an international high-tech behemoth is now judging its employees based on the customer’s perspective – not on a specific manager’s or executive’s standpoint. Plus, there’s a greater emphasis on recruiting internal candidates for open positions and developing current talent through an in-house “university.”

Employees expect employers to be collaborative and open – as opposed to only giving directions. By distributing the power of knowledge and control, employees have greater freedom to procure information and generate ideas.

“Why rely on the wisdom of the few when in you tap into the collective intelligence of many?” cites futurist Jacob Morgan. “Bringing people and information together – anywhere, anytime, and on any device – to create new networks of fresh ideas and new approaches to solving problems.”

Once leaders decide to embrace this key advantage of the digital economy, the more engaged and knowledgeable their workforce will become – ultimately driving better results at a pace the company (and consumer) demands.

4. A culture of learning and thinking

Access to the digital world enables people from all walks of life to exchange their knowledge, thoughts, and ideas – anywhere, anytime, and anyhow. By ingraining a culture of learning, the process of learning is migrated from a single, local instance to a global stage that enables organizations to innovate based on what someone else has already learned.

During a panel discussion on SAP Radio’s “Transforming Your Business,” Ben Dollar, principal in Deloitte Consulting’s Human Capital practice, believes that employees are yearning for this type of culture. “The culture this digital economy is driving is almost making information sharing second nature,” he observed. As we focus less on keeping information proprietary and concealing ideas, we realize as a business culture that the quality of our decisions relies on the insights gained from open sharing of all information.

Change of any kind is uncomfortable. However, if leaders continue to hold tight to the principle “I keep information; therefore I have the power,” everyone loses, especially the economy.

I must admit: I was once guilty of abiding by that old leadership style. In the past, I would tell my employees what they needed to do, which tools should be used, and when I expected achievement of the final goal. I quickly learned of the need for a more collaborative effort to foster the hallmarks of competing in the digital economy – free thinking and innovation.

Managers must be prepared to provide a vision and challenge the workforce to realize it. Now that people can crowdsource ideas, collaborate with a virtual team, and access information anywhere, we all need to realize that all team members are empowered to go and learn without asking for permission. I realize that by doing so, my own team is producing better results because they are invested in the knowledge they have gained.

The faster we adopt this new reality, the better off everyone will be. Otherwise, we’re just making things more difficult and overly complex by fighting the inevitable – social and economic progress in the digital economy.