Some highlights from our talk:

Tell us a bit about yourself, where you live, what kind of work you do, and other things you would like to share with the community (hobbies, fun facts)?
I am an Aussie. I was born in Brisbane (Queensland) and I live and work in Brisbane. Pretty boring, huh?

There’s a bit more to tell. From the age of 12, I spent 6 years– those formative teenage years – attending high school in Amsterdam. I loved all the great food & culture & languages. It gave me a travel bug which I haven’t been able to shake since.

I returned to Australia to attend university/college. I became one of those ‘eternal students’, bumming around campus for almost 10 years. Back then it was all government-funded, so I wasn’t worried.

But once I got married, bought a house, and turned 30, I (or perhaps, my wife) decided it was time to get a real job. After stints in Japan and Africa, I found SAP. I came to it quite late in life, so it almost feels like a second career for me. I still love it!

I’m now an SAP contractor with my own small business. For the last few years I’ve been working for the Queensland tax department. I deal mostly in the TRM and CRM modules, and do SAP workflow, ABAP, webdynpro, interfaces and so on.

Here are some fun facts:

When did you become a member of SCN and which areas are you most active in?
I actually joined it when it first started (back in the SDN days) but dropped out again. I got back into it around 2009, I think. I had become obsessed with SAP workflow and wanted to share some blogs. As a gag, I announced a 72-part series on workflow. It petered out after 5 instalments, unfortunately.

What motivates you to keep coming back to SCN and help members find answers to their questions?
It’s addictive, like 85% pure dark chocolate… I log in every day and look through my favourite forums (ABAP Development, SAP Business Workflow, SAP Certification, SAP for Utilities.). I am constantly surprised by the questions. Both in a negative way (lazy people trying to offload their work) and a positive way (really interesting issues I had never considered before).

When you’re working at just one SAP site, you can only experience a tiny slice of the SAP world. SCN is a window to much, much more. You learn heaps from considering other peoples’ issues, reading answers, and perhaps posting something yourself. It really is very valuable.

Your series on Workflow tips is quite popular. I noticed some differences in opinions around customization requests. What are some of the dangers in customizations? Has the presentation flexibility of UI5 helped in recent years?
Thanks for the compliment! I haven’t really kept track of how those old blogs are going. Occasionally you still see a kind comment. Unfortunately I don’t recall that discussion on customization, and we haven’t had a chance to use UI5 at the tax office yet.  But I’m keen to try it!

You show a lot of care for the community, advocating to keep content quality high. What’s your advice to newer members? Top 3 mistakes to avoid?
New members should try to spend some time reading the posts and getting a feel for the forums. Too often you see newbies posting in the wrong place, not phrasing their questions properly, or treading on some toes.

It’s like a cocktail party: you don’t just barge in and start talking! You hover around the edges first, waiting for your chance to ask / say something interesting. SCN is not an exclusive club – everyone is welcome – but please take the time to present yourself in the best light possible. Your reputation will be very much enhanced by a bit of care.

Have you been following the plans around the upcoming changes to the community (#1DXCOMMDEST – http://scn.sap.com/docs/DOC-63650)? What are your hopes and dreams associated with the upcoming redesign? What do you hope gets better? What is working well that you doesn’t get broken?
I hadn’t actually heard of this initiative (until now) but what I’ve seen so far looks good. Anything that lightens the load of the poor Moderators – the unsung heroes of SCN –  has my vote.

I hope that we can improve the quality of the questions and answers, and thereby massively increase participation in SCN. An improved search engine would also be neat.

We have something in common – we are both identical twins. It looks like you are both running Hanabi, is that right? What’s it like being so close to someone, personally and professionally?
Get out of here! 🙂 You’re a monozygote as well? That’s so rare. What does your twin do?

Rick and I are pretty close. We work in the same company, run into each other on SCN, and email every day. We physically live at opposite ends of the world, but that doesn’t really matter.

I feel a bit sorry for ‘singletons’, actually. It’s so great working with someone you can trust completely, and who shares your interests and sense of humour. 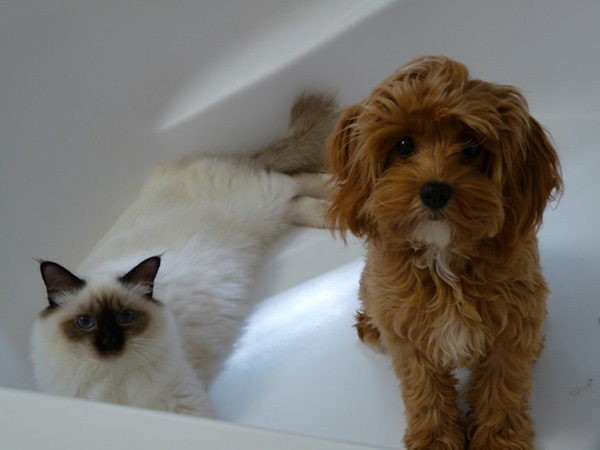 I am!  But I mainly use it to harangue local politicians: @xxPaulBakkerxx

I admire two big players in the ABAP Development space: Matthew Billingham and Jelena Perfiljeva. Both of them are amazingly active, and they can be pretty amusing too. Rick Bakker also rates a grudging mention because (as he always tells me) he’s been a Workflow topic leader for the last 5 years straight.

Note from Caroleigh: I was really fun for me to meet Paul since he and I both share the special gift of being identical twins. I was happy to connect with another SCN member that maintains that special bond across different locations. We bother wondered, are there any other twins on SCN?  We would love to hear from you if there are. 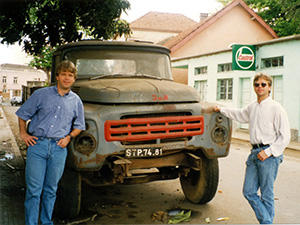 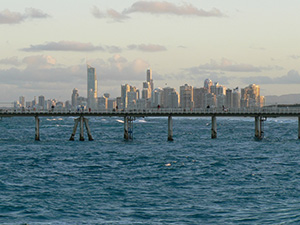 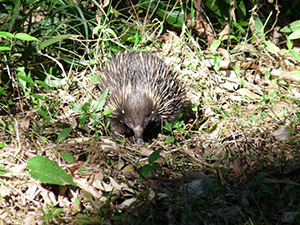 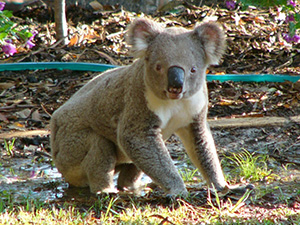 We are delighted to have you in the MOM club! 🙂

Thanks for the mention, Paul! Although my ABAP skills are nowhere near Matt's and most of my posts are "but why?" after which we usually never hear back. 🙂 But I'm glad if it saves someone from needless work.

+1 on the SCN newbie advice - look around first.

Thanks Jelena. I can't believe people even nominated me for this award. Totally not worthy. They must've confused me with workaholic Rick (again) 😛

Yes please Matt, pull some strings for me. You're a Kiwi, I'm an Aussie.. we always help each other out.

I stayed in an Ice Hotel once, so that proves I can handle it, right?.

Congratulations - you had me at Antarctica.

Congratulations Paul, i have been following your blogs for quite some time now 🙂

That's great to hear, Mehwish - thank you. Hopefully I can squeeze out a few more.

Congrats Paul. Another Twin from Brisbane!!!

Though, how can you choose the Gold Coast over the Sunshine Coast?!?!?! 😛

I am!  But I mainly use it to harangue local politicians: @xxPaulBakkerxx

You are Australian after all! Leadership Spill must have had you active on Twitter last month!

Colleen - so you're a twin too? Well I never.

Oh yeah, I love the Gold Coast beaches. Sunshine Coast is nice too, but not worth the traffic jams!

now that'd be a cool badge

I'm non-identical. I took the maths/It/nerd path and she took the arts/humanaties/social path

And when people find out that I'm a twin they typically respond with "Oh .. There's two of you?". Awesome compliment right there in typical Australian sarcastic humour 🙂

Colleen, how did I miss that you were a also a twin! So cool! When I was kid, hand-air brushed sweatshirts with your name on them were the rage. So my neighbors got them for me and all my sisters as a gift (I'm one of four)... Beth, Cheryl, Twinny, Twinny. I guess they were afraid they'd give the wrong one to Amy and me, and they would have to admit they couldn't tell us apart. Hah!

Leadership Spill must have had you active on Twitter last month!

Oh no. I'm more a roads-and-sewerage kind of guy.

My heartiest congratulation to you. Also good to  know you are good animal lover. Its shows your good heart apart from your intelligence in  SAP expertise.    Wish you all the best  for  future.

and welcome to the MoM Club.

This is really overdue and I am sure these are the special moments to cherish.

Congratulations ... and all the best for your future. Keep Rocking .. 🙂

Paul Bakker is a top bloke!

I always forget which one is the smarter one....but I bet if you ask each, they would tell you. 😉

I second what Jocelyn Dart said - and well done Caroleigh for picking Paul.  As for more twins on SCN, when you have the best, why look for the rest?  😉

I'll put my hand up as another identical twin on SCN... and an Aussie too. Blog It Forward - Glen Simpson (old SCN profile)

Aussie twins... There must be something in the water around here...

What fun! Happy to hear from you Glen!

Thanks everybody. It almost feels like my birthday. SCN is such a great community.

A well deserve recognition and it is nice to know that good things some times comes in duplicates.....

I have a twin and I can say for sure that ..... Yeah, Identical twins have great adventures especially when your Girlfriends and Individual enemies misidentify you 😉 !

You are 100% correct - Rick is the heavier one on the photo.

So Modak is a twin as well! We're taking over SCN.

and cool photo it is pleasure to follow workflow experts on SCN.

you must be honored and got it.

Yes, it sure was an honour! Thank you all.

Your Work Helped Beginners as me as well as For Masters.