Vora takes another sip of the coffee, the sensor in the cup indicates that the drink has reached its optimal temperature, her autonomous car is already on route to collect her, the fridge back at her house has already ordered fresh vegetables from her green roof supplier, the delivery via a drone is already on route and her home robot is already preparing the meal.

Vora’s wearable has already detected a change in her health and the digital doctor has prescribed some medication that will be administered by her personal Tri-corder once it has printed the necessary drug. Vora’s car has already routed to pick up several people who are sharing her car on this day, based upon her personal preferences a hologram of her favorite clothes styles are being displayed in 3D and will be printed that evening should she so wish, from her community 3D printer. 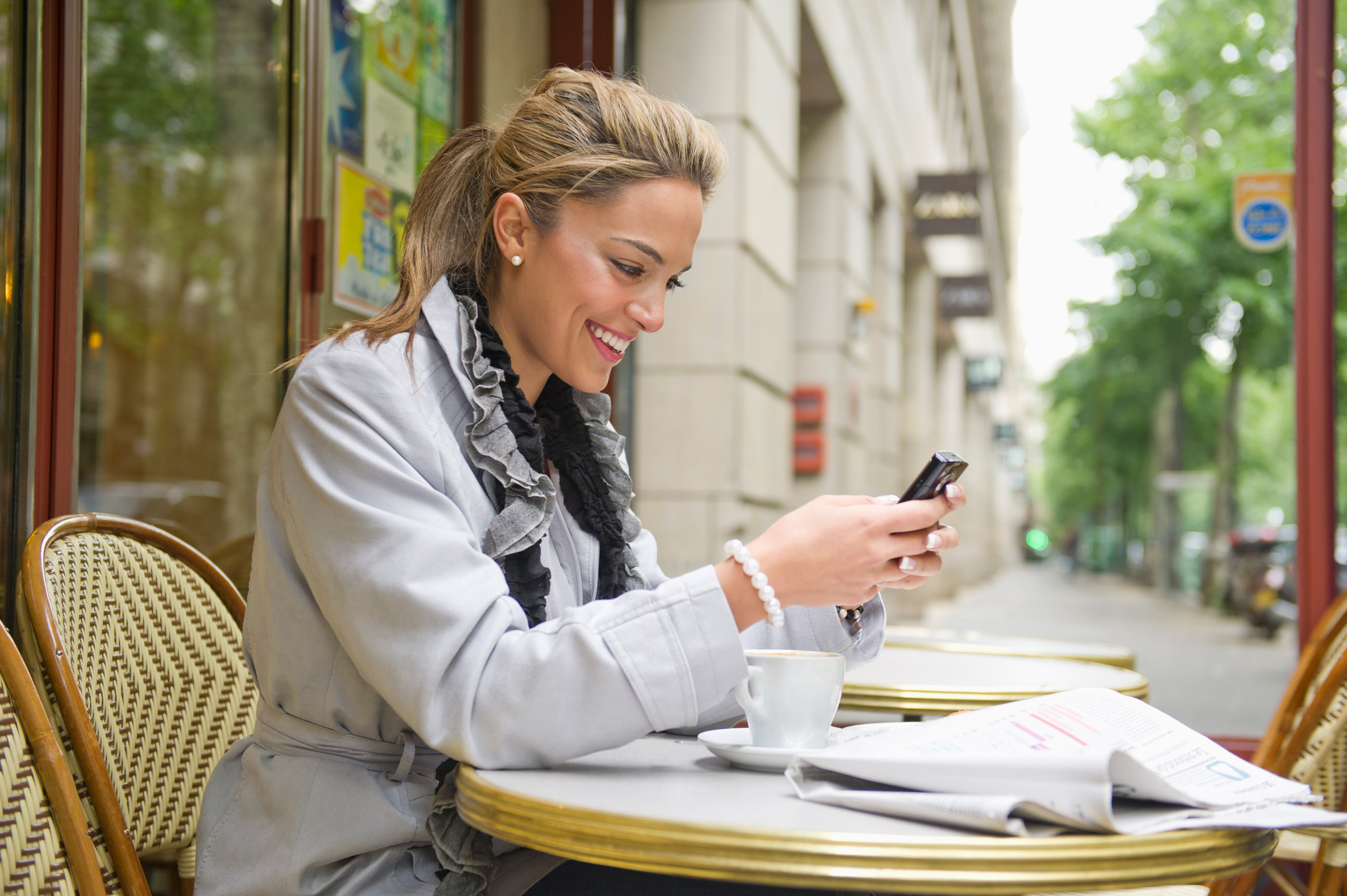 The city has no longer any traffic lights, those who choose to drive manually have to follow designated routes leaving public transport and driverless vehicles to navigate across the city, which means all the passengers make it home safely and on time. Road related deaths for pedestrians, cyclists and drivers are at an all time low, Vora was one of the mobilised community activists that pushed through the strategy and the mayor gets a real time approval rating, which is at an all time high. The Mayor and staff have stayed digitally close to the cities’ population, now they are able to gain sentiment on any issue, any time of day from up to 75% of the city residents.

Maybe some of these things will never come to reality, some already are there today, one thing is clear that the momentous rise in digitization is radically changing the rules on business, government and innovation.

Over the summer I have benefited from great meetings with SAP’s city customers, analysts’, startups and innovators across the spectrum of technology.  For example, there has been a lot of hype and excitement about the ‘Internet of things’ (IOT) and often difficult to discern the aspiration from the reality, what impact will this have on the day to day lives of people.

However I do believe digitization and the Internet of Things will have a dramatic impact on people’s lives. Cities for sure will be at the heart of digitization, digital innovation and IOT for the foreseeable future. Of course sometimes cities are ready to unleash the power of technology and sometimes the model presents such a disruption incumbent businesses are not ready to embrace such a level of disruption.

However when you distill down to the real impacts of digital innovation on people’s lives, to major issues such as Healthcare, Quality of Life and Public Safety/Security.  All of these major areas offer massive benefits to people, their families and the broader community. 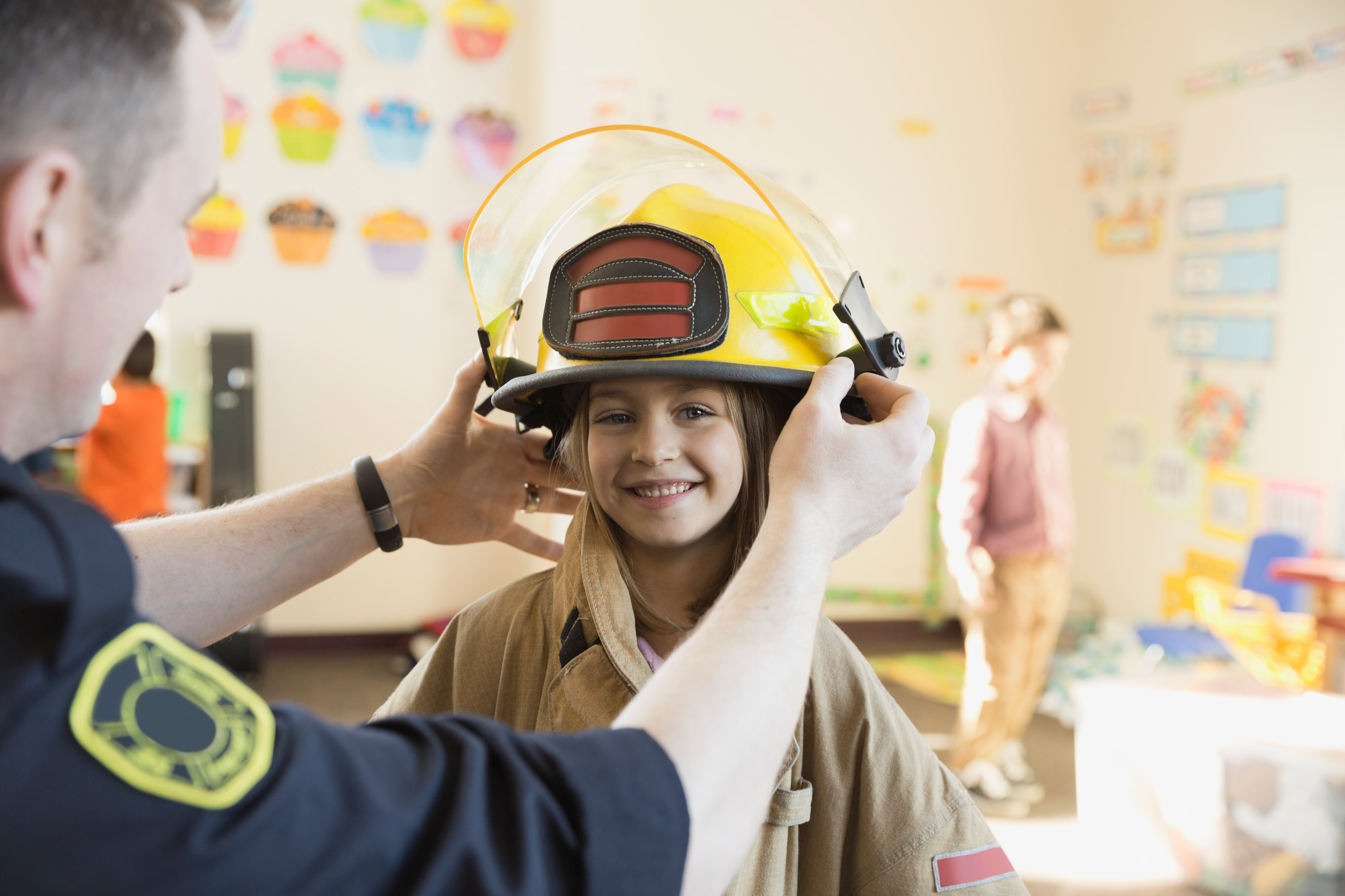 Let’s think about healthcare, for those who are familiar with Star Trek, the Tri-Corder has always been a fascinating device, able to use sensors to diagnose a patients needs and even administer treatment.  A competition is already running to create the world’s first Tri-corder, in fact by January 2016, a team will be awarded a prize for creating such a device.  http://tricorder.xprize.org/  We can only imagine the immense value to someone’s health of having a 1:1 lifelong, personalized digital physician. Monitoring your health, diagnosing, maybe even printing medicines and one day connecting to printers than can create vital organ replacements. 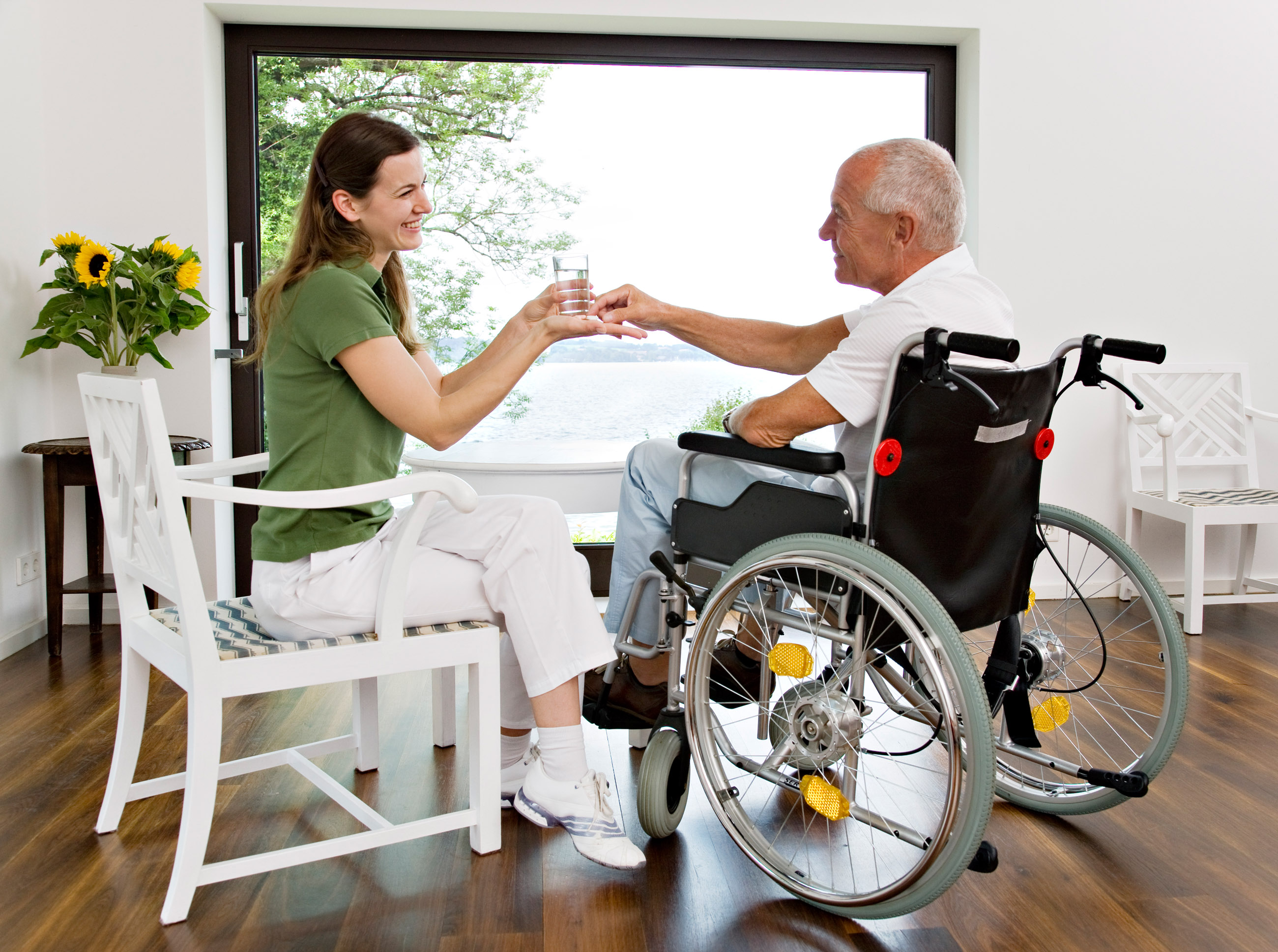 During the coffee break, at one of SAP’s City Events, held in Berlin earlier in the year.  I met with Dénes Honus, co-founder of ‘Green City Solutions’  (http://greencitysolutions.de/english)  and what started as a general discussion swiftly moved into a really exciting exploration of innovation in the sustainability space and city infrastructure. I have to tell you I was really inspired by this company, which has been founded by four highly creative people who are passionate about sustainability, using their ingenuity to tackle some of the critical city issues, namely pollution and livability.

As always the complexity of cities creates real challenges in providing solutions, however this company seem to have figured out all the bases. Let’s take a look at their approach. The pollution problem is multi-faceted, however some of the key elements are fine dust & nitrogen oxide.  If they could only filter the fine dust and remove the nitrous oxide they could reduce pollution and CO2, but how to do this in a practical and easily deployable way ?

• First problem, they needed something to literally filter the air and absorb the nitrogen oxide to lower pollution, so they were able to find a moss which will do this job really well.

• Second problem they needed a deployment method that could be adopted easily by cities, so they designed a free standing wall that could be combined with street furniture and mixed with the moss and plants to provide not only the platform for the moss to do its job but also an area that benefits from a cooling effect for people sitting on the street furniture.

• Third problem, the moss is pretty sensitive and needs to be monitored and maintained, here comes the IOT sensors which can be connected to the city grid, so that optimal conditions are maintained.

• The final problem, is sustaining the city investment, they found a way for the moss and wall to host marketing assets, say a logo and digital content such as an ibeacon or NFC. So companies could sponsor, advertise or even invest themselves into city sustainability.  The co-founders are young and come from a broad range of architectural, engineering, horticultural and technological backgrounds

On a wider note the Singularity University http://singularityu.org is often a great place to better understand the chronicling of science fiction to science fact. They are a great promoter of the global challenges we face, essentially 9 grand challenges for our planet, interestingly many of those centred in our cities, including public safety and security.

Technological innovation has always critical to delivering greater safety and security, either at the prevention or preparedness stages, for example early warning systems for earthquakes and Tsunami, border control technology for movements of people, goods and information or solutions to help prevent crime. 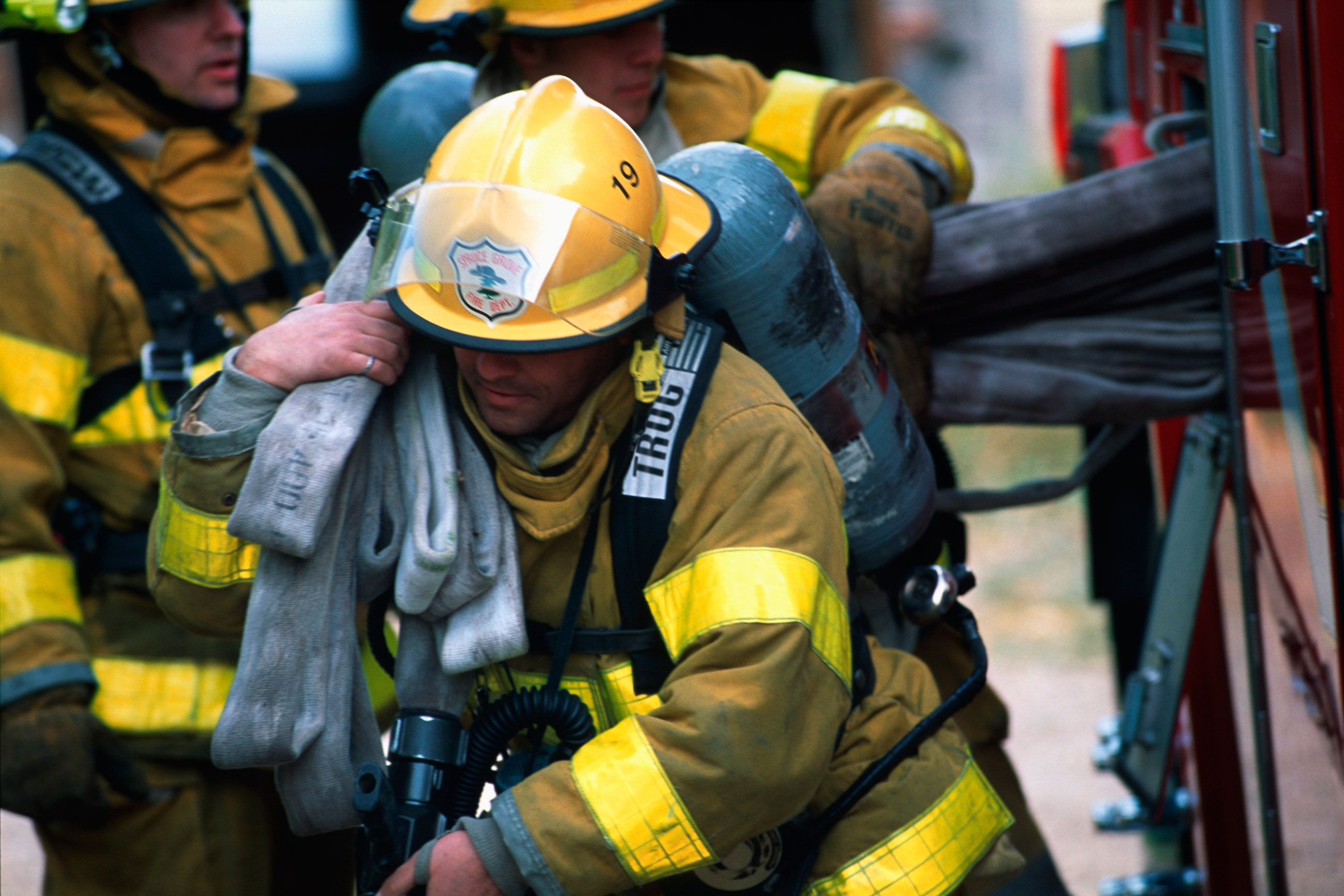 Technology has also always played a role in helping improve response to incidents and situations, for example radio communications and mobile terminals in cars. On the investigation side, we have seen fingerprints, DNA, facial recognition and other breakthroughs help deliver huge leaps forward in criminal detection and prosecution.

Interestingly in the City of Buenos Aires, they are using technology and sensors to improve the management of floods in the city. In better managing floods the risk of loss of life, injury and economic loss are all minimized. In combining flood sensors, real time data, predictive analytics with better infrastructure and management practices they are able to create a systematic approach to all aspects of urban resilience.  https://www.youtube.com/watch?v=gMHU_LCPyDY

Then there is the use of technology to guide fire fighters to trapped people in buildings, simultaneously monitoring all the critical readings from the fire fighter personal sensors or helping police officers respond more effectively to a developing security situation helping alert and divert people, vehicles and devices away from danger.

Finally, a Centillion is an awfully big number, in fact it makes my head hurt thinking about it. A Centillion has 300 zero’s after one thousand a million just has three zero’s.  If we think about the exponential rise in data, from people, from devices, from sensors we can imagine reaching this level of data in a generation. This data will need gargantuan amounts of storage space, will be stored in a disparate and decentralized manner across the world, yes possibly HADOOP 25.0. 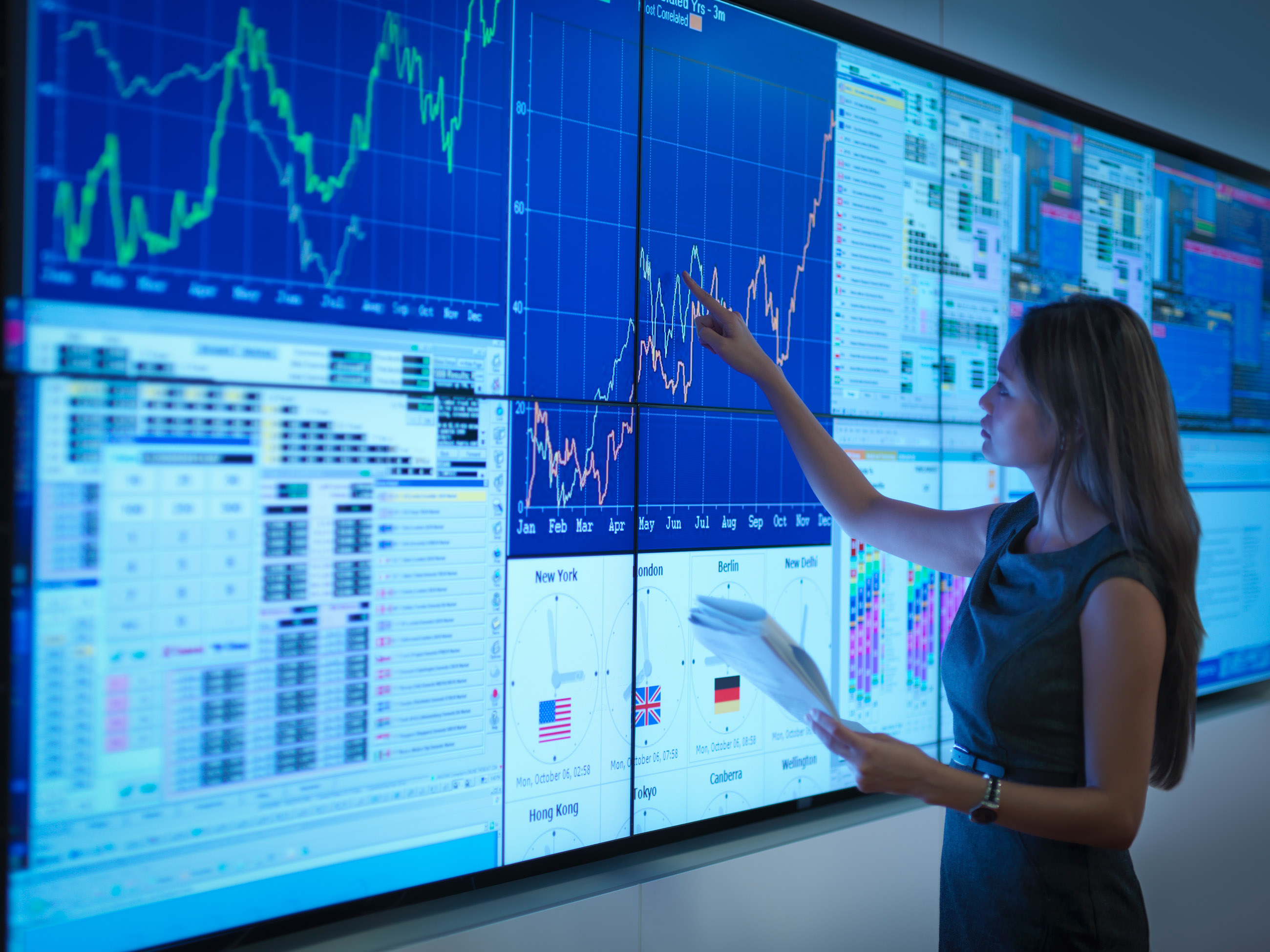 Furthermore it will be our cities that will create, consume, utilise and on the whole benefit from exploiting this data, and where digital innovation and transformation will have the greatest impacts to citizen’s, businesses and government. The Metropolises becomes the Digitopolis, these Digitopolises’ will form a global mesh connecting businesses, universities, communities, individuals and governments together. Across which information, goods, services and people will flow.

As for Vora (http://go.sap.com/product/data-mgmt/hana-vora-hadoop.html), a fictional character, her challenge and the challenge for all the actors connected to her from business, government and personal perspective, will be how technology will lever, drive and enable a better quality of life in all aspects of her life.

This means how she works, learns, travels, communicates, shops as well as how Vora and her family lives a longer, more healthy, happier, safe and prosperous life.

For Vora Centillion to benefit such technology tipping points, there will need to be huge leaps in computing power, artifical intelligence, robots, big data analytics etc. The rise of sentient digitopolises will only realise the fullest benefits if we keep the focus on how we address the greatest challenges, those posed by an urban century and some the the greatest invention for humanity, namely the city. The digitopolis.