State of the ASUG BI Community – end of Quarter 3 Checkpoint

Now with the end of Q3, where do we stand?  Year-to-date, we’ve held 64 webcasts with over 14K registrants as SAP BusinessObjects Lumira shows below: 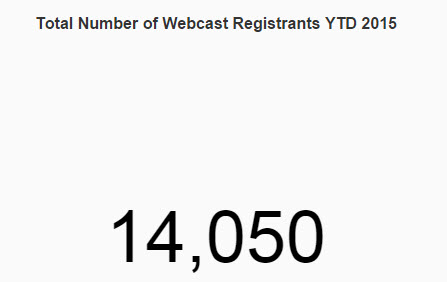 Registration by quarter is as follows: 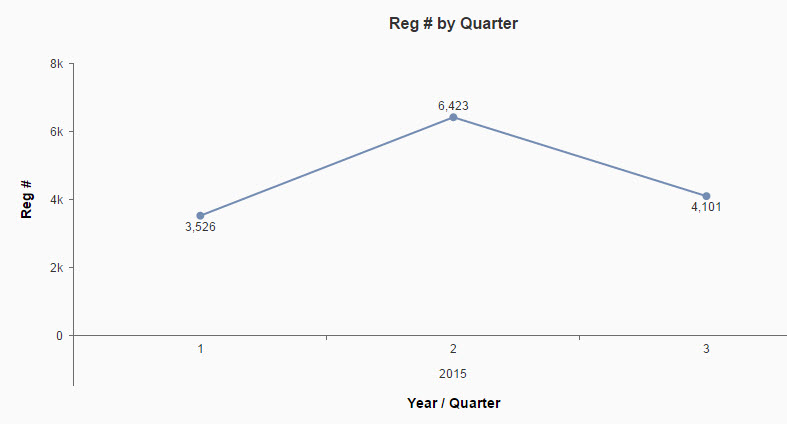 Q3 is lower as it covers the summer months, and the team also works on the SAP Analytics BusinessObjects Conference. 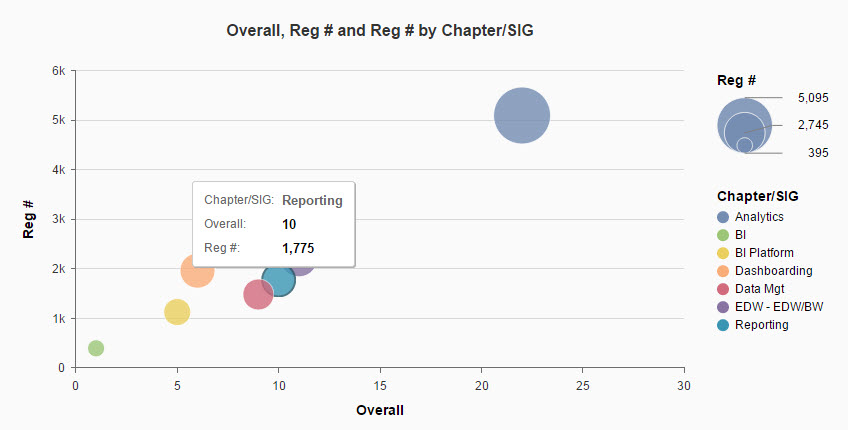 This was a “recommended” chart by Lumira, showing the registrations counts.  The Reporting SIG has already held 10 webcasts this year, with more on the way, including three more planned for Q4:

The Reporting SIG is also ahead of the game as starting in 2016 two more webcasts are planned: 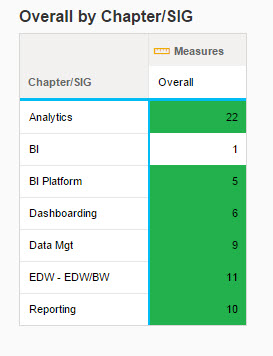 Each SIG is supposed to hold 4 webcasts per year; as you can see all of our SIG’s have exceeded that (using conditionally formatting in Lumira, I’ve highlighted the SIGs exceeding 4 webcasts in green).  Additionally, looking at our survey, the community wanted to hear more about BI Platform.  We heard you, and have *five* more BI Platform webcasts planned, including 1 customer story and 4 on BI4.2:

We also heard you that you wanted more customer stories.  So far we have had 10 webcasts this year by customers, and more are planned for Q4/2015 and Q1/2016.  See the complete listing of upcoming ASUG BI webcasts here.

We want to thank all of our webcast speakers, attendees, ASUG Volunteers and the ASUG Chicago team for their work.