SAPUI5: What is it and how does it work? 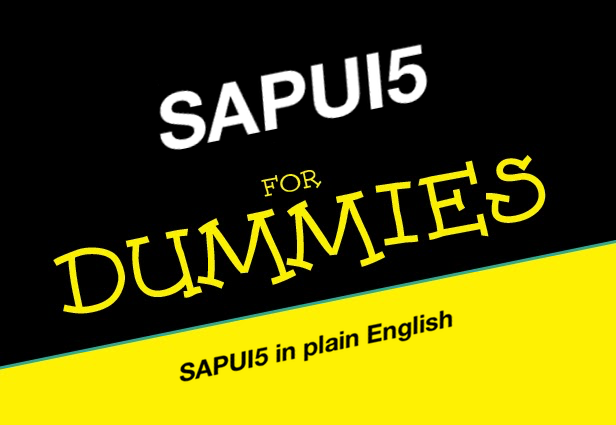 I consider the most delightful and alluring apps incorporate well-thought, frontend and backend logic. Moreover, these apps keep these two ends separate. SAP has realized the user interface (UI) is more susceptible to change today than ever before. User’s evolving needs and demands can easily reshape an application’s composition and design. With this in mind, the backend should be developed and maintained separately from the frontend, and there should be a clear divide of concerns. Apart from this divide, the individual UI elements of an app can and should be developed separately too.

Based on the theory above, SAP introduced an HTML5-based development toolkit, SAPUI5, which encourages one consistent user experience.  By utilizing the theory above, apps built using SAPUI5 are responsive across browsers and devices – they run on smartphones, tablets, and desktops. The UI controls automatically adapt themselves to the capabilities of each device. To do this, SAPUI5 provides robust development concepts to create apps with consumer-grade, browser-based business applications. In a nutshell, UI5 is a client UI technology based on JavaScript, CSS and HTML5. Servers come into play for deploying your applications, storing the SAPUI5 libraries, and connecting to a database. Depending on the environment in which you are using SAPUI5, the libraries and your applications are stored for instance on SAP HANA Cloud Platform or another application server. The favored means to access business data for your application is by using the oData model.

The purpose of this blog post is to point out the different development concepts and how a basic SAPUI5 application works and is structured. I’ll regurgitate information from many guides and tutorials that I’ve found helpful along the way. This is a great (and short) “getting started” guide for beginners to SAPUI5. I hope to create many preceding guides on SAPUI5.

How does SAPUI5 work?

To begin, you must understand SAPUI5’s primary, underlying develop concept. SAPUI5 supports the Model View Controller (MVC) concept, “a software architectural pattern for implementing user interfaces”. As a developer, you are encouraged to use the MVC to keep the data model handling, the UI design and the application logic separate. This helps in facilitating UI development in addition to modifying the different parts. Model: This is the part that is accountable for the management, retrieval, and updating of the data that is being viewed in your application.

View: This part is accountable for interpreting and rendering the initial UI. The view in the context of SAPUI5, generates the presentation to the user based on changes in the model.

What does a view look like? Well, in its directory, views are in stored in the “view” folder and names of XML views always end with *.view.xml (as you’ll see below).

Controller: This is one of the most important parts. This is the part that is accountable for separating the view logic from the data logic. The Controller responds to user interaction and “view events” by adjusting the view and the model. The controller is essentially sending commands to the model to update it’s state, like editing a document in a word processing application. Similar to views, Controllers carry the same name as the related view (if there is a 1:1 relationship). Controller names always end with *controller.js (as you’ll see below).

Fun Fact: MVC was originally developed for desktop-computing, but has since been widely adopted for the World Wide Web.

Okay, that makes sense. But how does it really work? 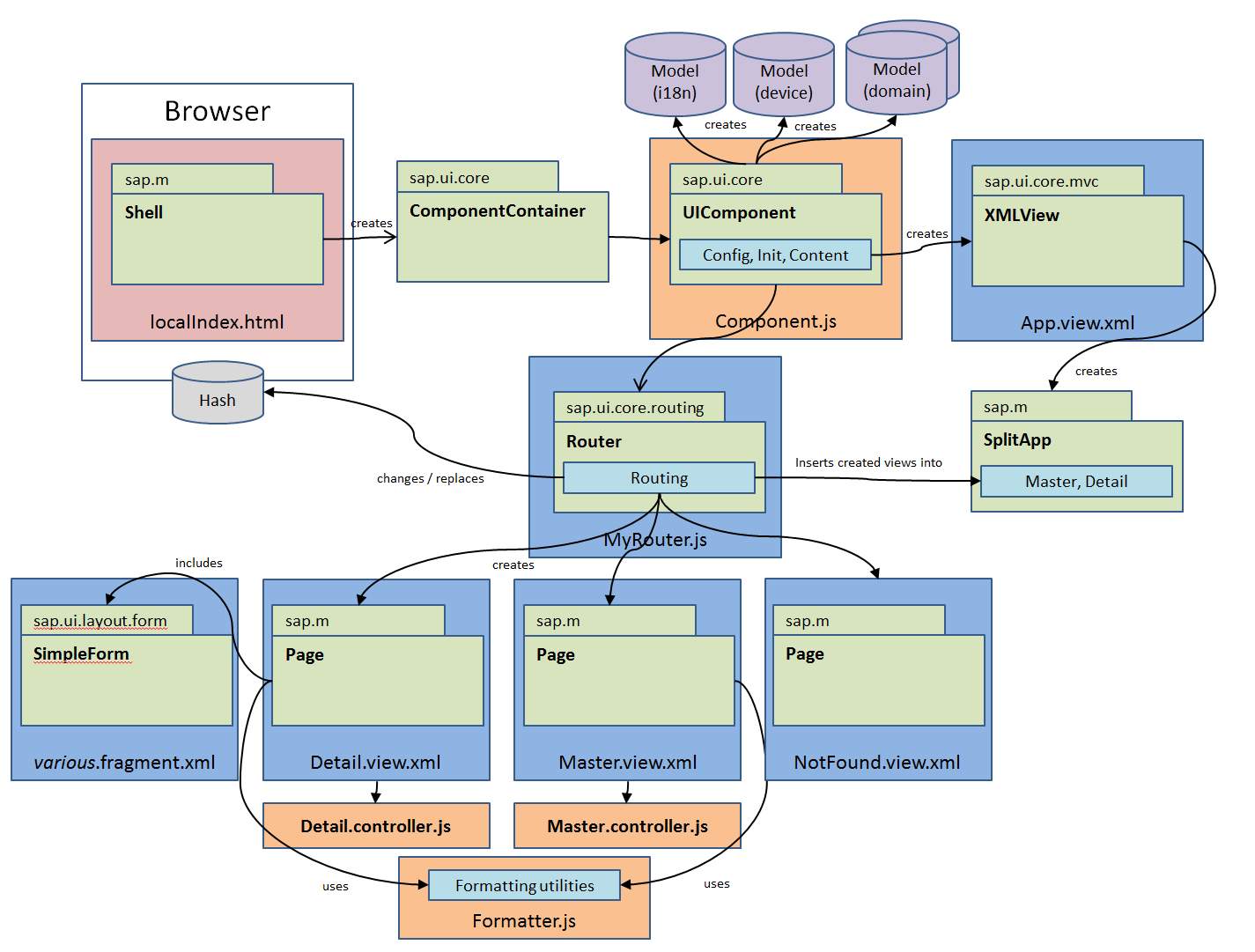 Okay, before you close this page, I promise the above diagram is quite simple. Now that you know a little about the MVC concept, let’s take a look at how an SAPUI5 app is assembled. Doing so, we’ll take a quick look at each file in turn. 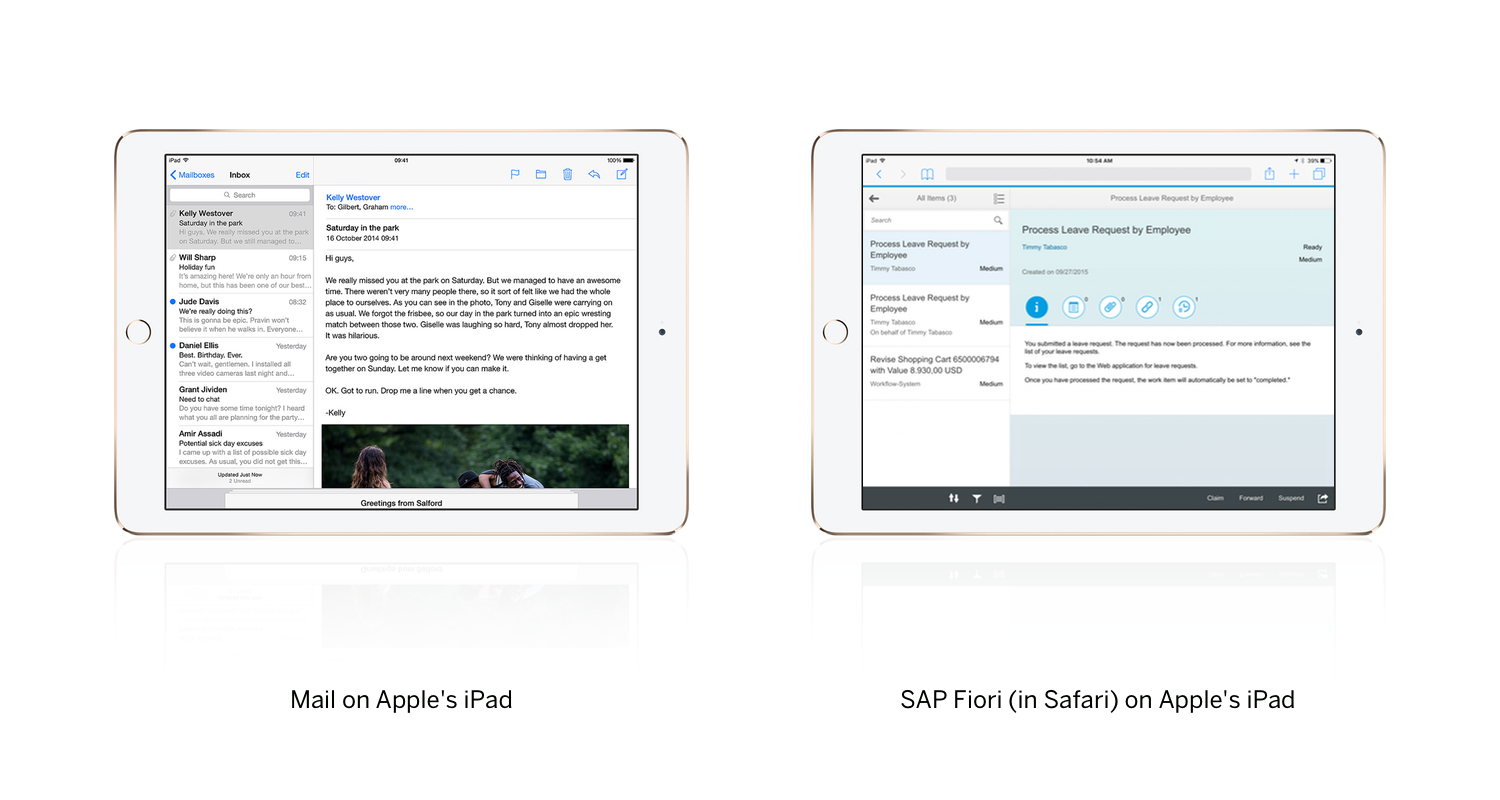 Use Diagram 1A to follow along with the steps below.

Great! What can I take away from all of this?

Using web technology such as HTML5 as our foundation, SAP’s apps can genuinely reshape into many different designs. With that in mind, there are a number of design patterns that SAPUI5 supports; each of them is supported by the sap.m controls. As you have already seen, this is the foundation of SAP Fiori UX. By following a design pattern approach described here, the app that you build will have a consistent feel with existing Fiori apps and new SAPUI5 down the road. As mentioned at the beginning of this post – The user experience of an application is more than how it looks, but it’s how it works. 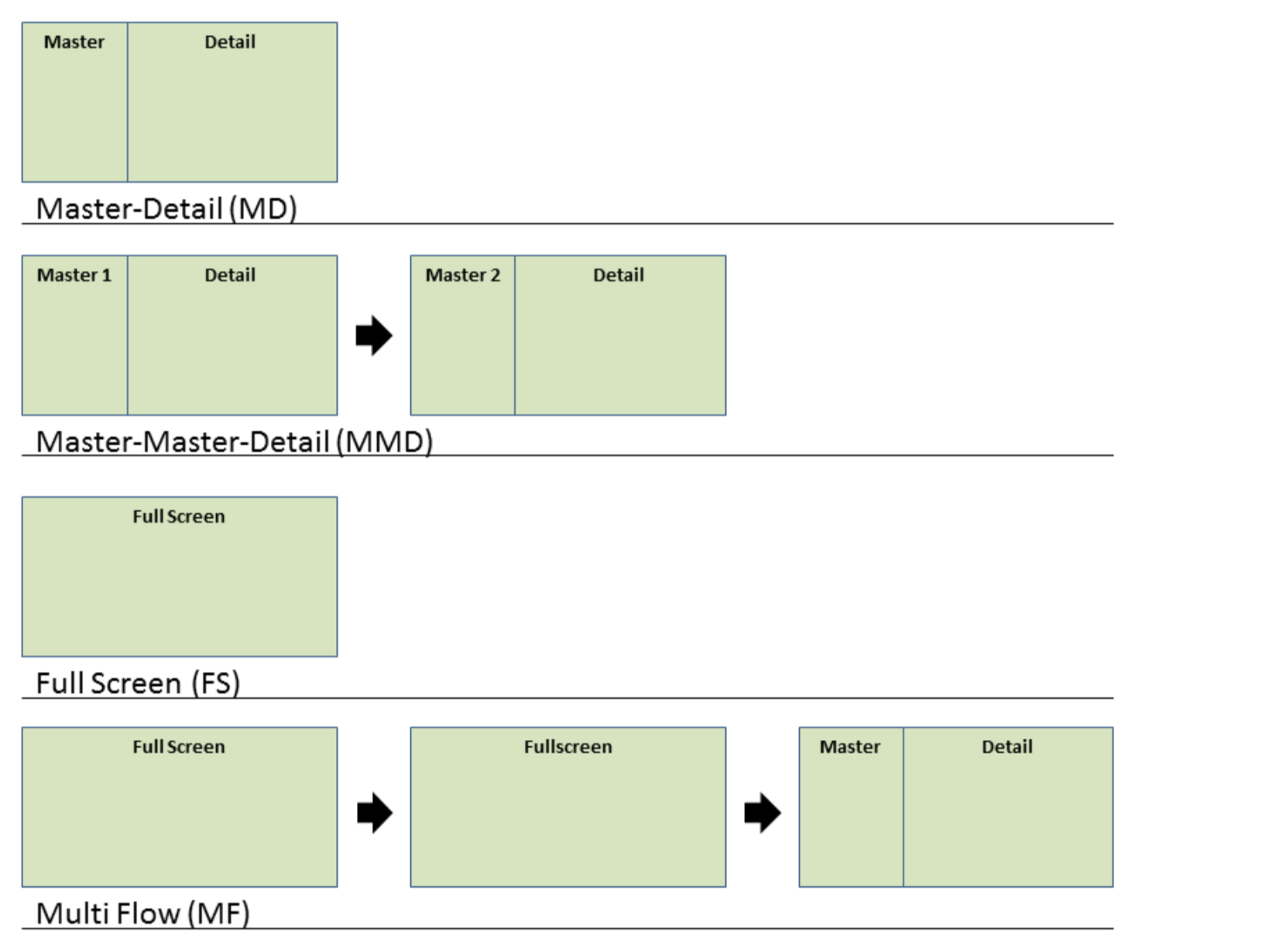 Now that we have an idea of how our basic SAPUI5 app is structured and works, go dig around at these great resources below. Stay tuned for a the Part 2! Show your love by sharing this post with your peers!

Thanks, Abdul! I'm gad you enjoyed it.

Thank you. I'm glad you found it useful.

Very good... sharing with my coleagues..!!

Thanks, Silvio. Much appreciated!

Thanks, Mr. Eli! I'm happy to see you found it useful!

Simple and easy to understand.

Hi Patrick, Good one with simple explaination. Could you please go one step forward and create a CRUD kind of example in upcoming blogs ?

This is a wonderful overview and thanks for enlisting the capabilities of SAP UI5 in simple plain english 🙂 !

Great read. Detailed and simple . Thanks

Thanks for details and explaining the UI5 MVC.

I do understand that there may be calls to other components (like WebDispatcher, HANA Xs in case of Analytics Apps), however a high-level call-diagram would also be appreciated.

You can use any OData, or build one custom OData using BAPI.

I have started working on SAPUI5 and I have a scenario. Could you please guide me how should I proceed.

I want my first screen to be a login page.

Once credentials are verified then based on the CUSTOMERID from the Z table, we are supposed to show open sales order for this customer which is stored in the same back end ERP System.

Hi Firoz... This can be done with couple of Odata services in the backend.. the first one is to validate the User credentials.. and once that is succesfful you need to call the second Odata service to display the selected Customer Sales order...

Nice blog, but I think one important link is missing at the end of your article:

Hi Patrick, a good article worth sharing.. Thanks.

Excellent!! Thanks for sharing

Great blog! It would be great to have an example in a future blog.

this blog perfectly explained it

Hi @Patrick Colucci : Thanks for the Part 1 blog and eagerly waiting for your part 2 blog.