After a long journey SAP has finally reached a point where the efforts in the area of design are recognized and are paying off.

Check out this video to see the the winners 🙂 :

In this blog I’ll share my personal experience of the status of design at SAP throughout the past years.

Back in Time (Huey Lewis and the News)

In the late nineties I joined SAP and found an Eldorado for software engineers. SAP invented client-server technology and a created lot of other groundbreaking products. At that time nobody recognized that the software’s face to the user needed design. We were building the hottest technology on earth and it sold like hell – even without any design. On the contrary – we, the engineers thought that design was only needed for the crappy stuff of competitors that wasn’t as hot as ours. From our point of view the others put design on top of their software like “lipstick on a pig”.

Start Me Up (The Rolling Stones)

On one day, still back in the previous century, everything changed. SAP signed a major deal with a large customer. Along with that deal the customer spent a huge amount of money on a “good design on top of the SAP software” to make it better usable for the employees. The customer hired another company for that task. Hasso Plattner (SAP co-founder and CEO at that point in time) totally freaked out. He couldn’t believe that customers spent their IT budget not on SAP software itself, but rather on other companies to make the SAP software look and feel better to their users. And even worse for Hasso, these other companies got even more money than SAP for “just some visual shine” – whereas the “real value” of the software was the functionality provided by SAP. 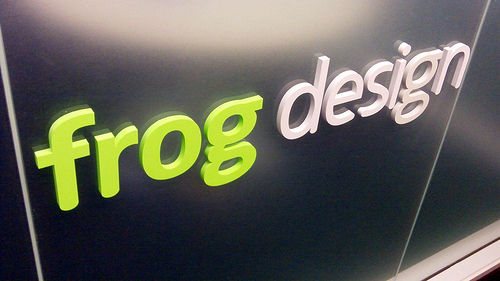 Hasso was convinced that this money for the visual part must be harvested by SAP and not be left to other companies. SAP decided to work with Hartmut Esslinger’s company “frog design” to give SAP’s software products a design that they deserve. Hartmut was a close friend of Steve Jobs and was responsible for the design of many Apple products. By the way: “frog” is the abbreviation for “Federal Republic of Germany”. 😉 A reminiscence to Hartmut’s home country. 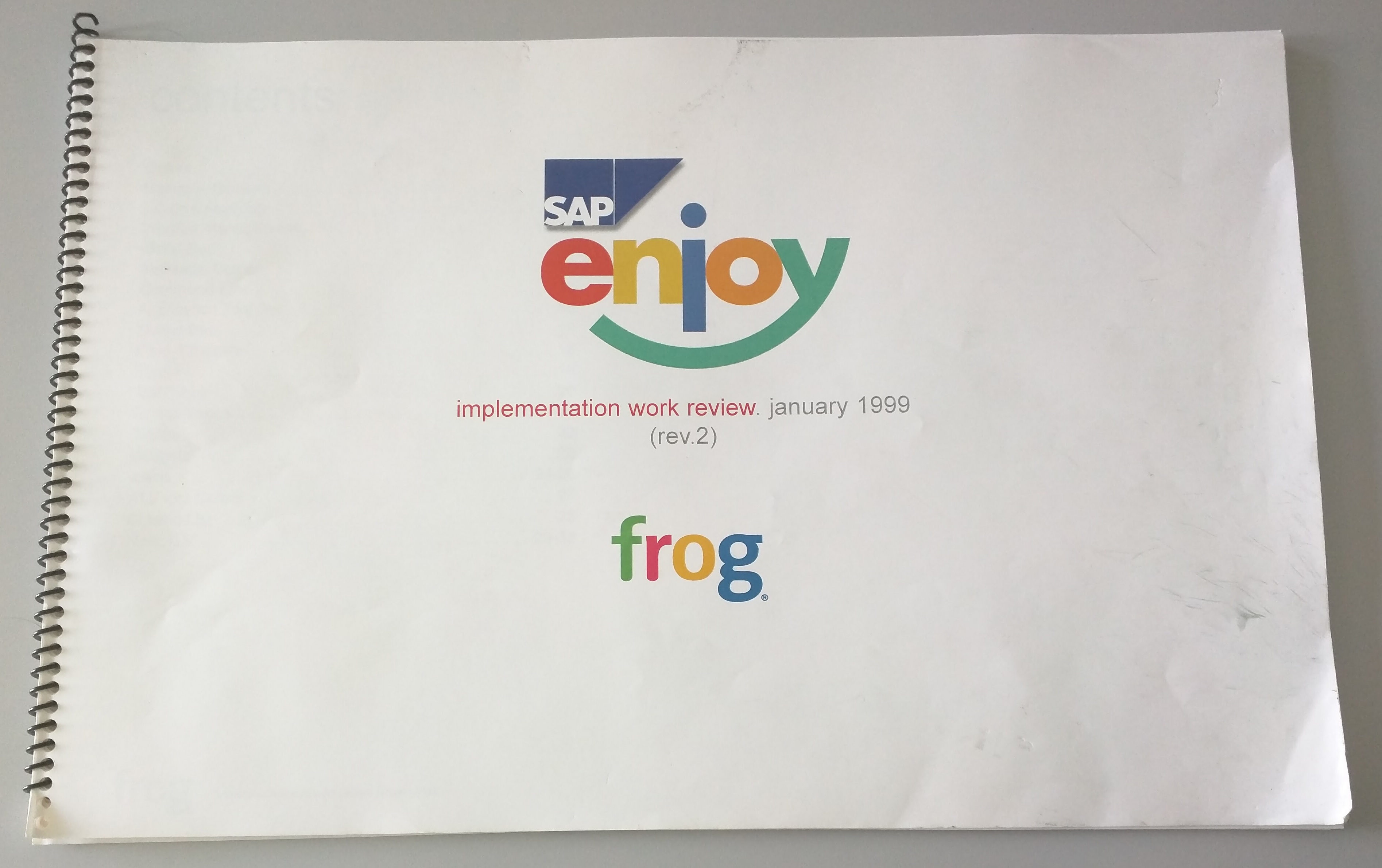 They worked on graphic design, interaction design, sound design and much more. Before that I didn’t even realize the variety of flavors that software design comprised. I especially remember a sound designer at the frog labs working on the sounds emitted by SAP’s software products and on the sound for SAP’s commercials. He told me that he takes a lot of inspiration for his work from the German band “Kraftwerk”. I was very impressed that those American guys even knew this German band which I also like very much.

The results of visual design artifacts were carved into “cookbooks” that the engineers took home to create the real software products out of them (see photos above). I was very impressed about how much attention every pixel of the software had received. Turning this into reality was an engineering challenge and I spent lots of nights of overtime, however creating a product that we were proud of was a fair reward for all the efforts.

Holding Out For a Hero (Bonnie Tyler)

These first moves towards design improved some of SAP’s software products, but still design was not part of SAP’s mainstream thinking when creating new software products. What was missing was a “godfather for design” inside SAP. Someone like Dieter Rams at Braun or Jonathan Ive at Apple. People that can influence the whole company and create a spirit of the importance and significance of design. It took a long time, and finally it happened. With Sam Yen becoming Chief Design Officer at SAP, we finally found such a person.  Sam is in the nirvana of design. At the same time he has the ability to infect engineers at SAP with his ideas.

The Winner Takes It All (ABBA)

After Sam being in charge as Chief Design Officer, things changed dramatically. Design is no longer a side-show at SAP. We put much effort into the design of our products and the design is very well recognized by our customers. One indicator that we’ve done quite a good job in this area is that SAP started winning design awards. These are some of them:

Receiving the prestigious red dot award marks a milestone in the history of SAP. It finally ends an era that focused only on functionality of software. Today software cannot be sold anymore without an excellent design. With inspiring people like Sam Yen I am confident that SAP is very well positioned and will be the market leader with both excellent design and outstanding functionally.

I am feeling blessed that I had the chance of being part of this interesting and inspiring journey. At the same time I feel proud that I could use my engineering skills to put some of these design ideas into reality. I am looking forward to the time that lies ahead of us.