Statistics, numbers, data – what sounds nerdy at first can be refreshingly captivating if you put it in a new context. Indeed this spring, SAP and the National Hockey League (NHL), the professional ice hockey league, consisting of 30 member clubs in USA and Canada, scored a big coup in revolutionizing the representation of sports statistics and retelling their story to hockey lovers all over the world.

Where design expertise is required from SAP, the Design and Co-Innovation Center (DCC) naturally has a say in the matter. In this post, I want to tell you how design supported the launching of the NHL’s new stats experiences, which went live to the public this February, 2015 – the first phase in a multiphase, multiyear-partnership between SAP and the NHL.

We Took a Deep Dive to Understand the Ecosystem

What are hockey fans’ desires? And what are the NHL’s objectives? In order to have a go at any project you first have to understand the people you design it for. Thus, the project began by deep diving into the world of hockey and the different ecosystems of the NHL in order to fully understand fans and the NHL’s organization. The aim was to personally engage with people and talk to them to develop empathy for their needs and see things from their perspective. This was important to understand their broader motivations and wishes and not only their view alone on hockey statistics. What was really positively regarded by the NHL was the level of immersion that we took to really gain empathy with the people that we were designing for”, adds Matthew Glibbery – Experience Designer on the project. “Especially spending a lot of time during the secondary research in kind of more ‘guerilla underground’ methods which are less formal, helped to gain empathy”, he says. So really knowing the fan’s aspirations is a first step to a captivating redesign. 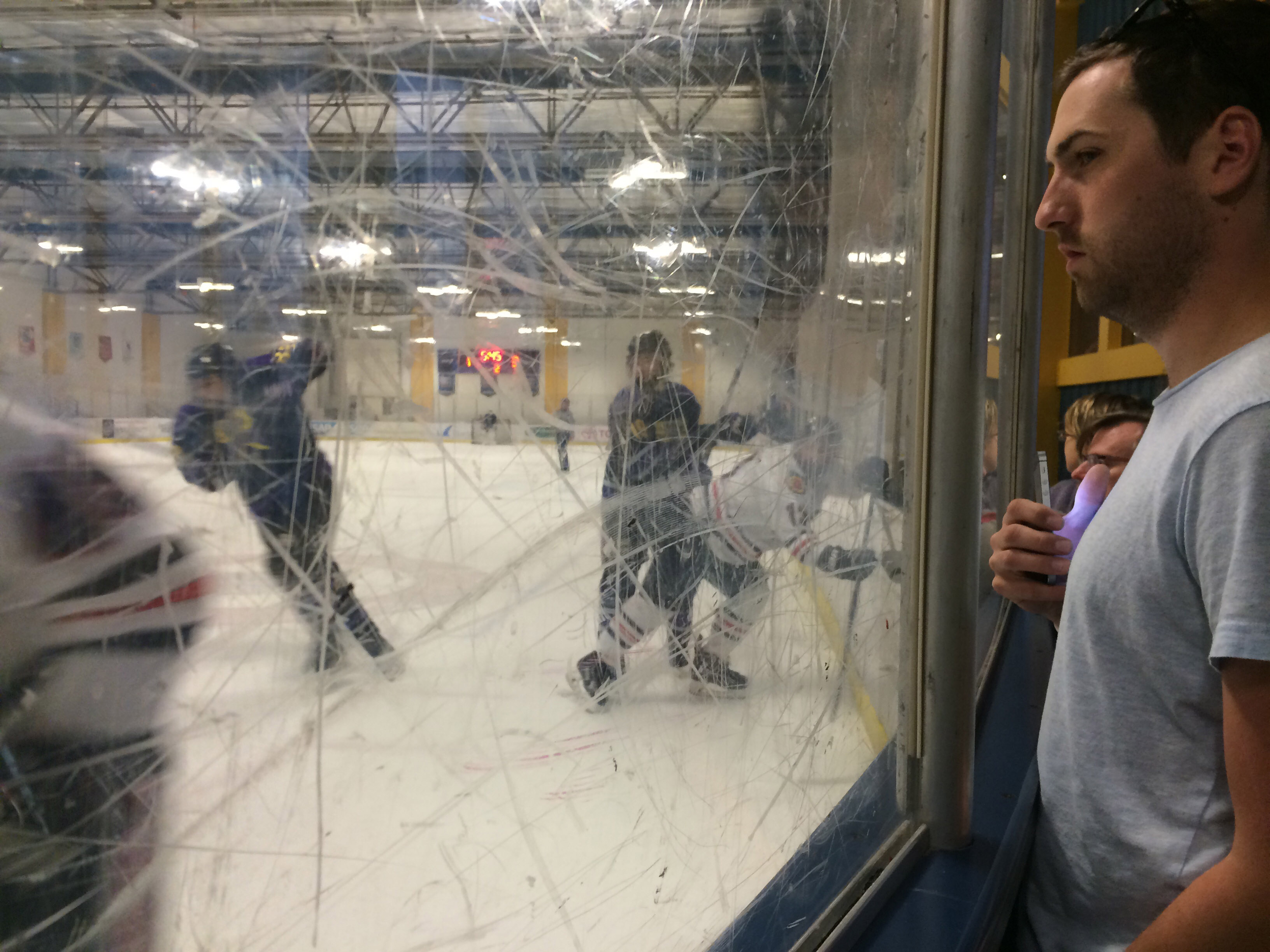 From the very beginning the deep expertise of the SAP Implementation team was leveraged to identify the technical implications of the teams design decisions. This teamwork helped the design team identify any potential obstacles, which could then be addressed well before they became actual problems. The project was a team effort across various SAP departments including Global Sponsorships, the Design & Co-Innovation Center, SAP Cloud & LoB Marketing, and many more. Given such a team, communication and close co-operation become the key for success. Another key factor was the close collaboration between SAP and NHL, including the huge level of engagement and the excitement of the NHL team.

We Crafted a New Experience by Creating Innovative Design Solutions

The design process was anything but linear. It included continuous refining of feedback and ideas. Whether from fans, the NHL, or the team members from the Design & Co-Innovation Center in Palo Alto – revisions and iterations became the fuel behind design decisions. While designing, of course, we never lost sight of their main target: Keeping everything grounded in the fans aspirations and building the whole experience around their needs. The challenge, thereby, was building up a good relationship to the organization and its relevant stakeholders. We came into their organization as an outside design resource, so building a really good relationship, not only with their designers but with their stakeholders and the key points of contact within the organization was of upmost importance so we could proceed with confidence and trust. The other thing which is a challenge to every project is creating constraints within the project. So sure, we can do anything and everything, but the reality is there’s budget, resource constraints and different timelines that we have to balance. 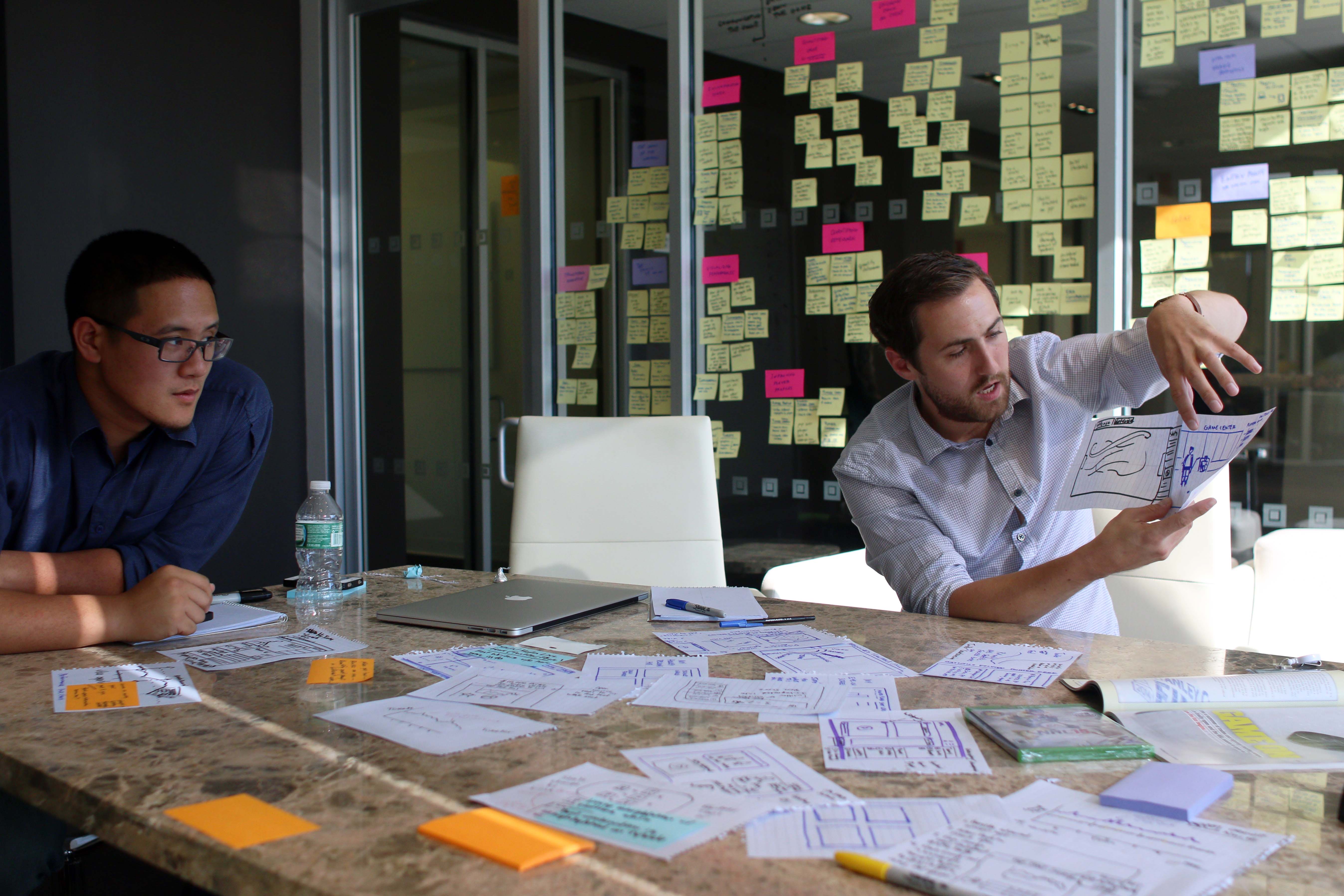 We Launched the Next Generation of Fan Experience

After deeply understanding the fans’ perspectives about hockey and statistics and with the help of on-the-edge SAP technology, and the NHL, the team was able to deliver and go live with a whole new fan experience on an engaging level never seen before for hockey statistics. Its launch marked a memorable moment for the team: “There was a moment when they put our designs on the big screens of the NHL Stadium Series game between the San Jose Sharks and L.A. Kings at Levi’s Stadium. To be there and see it on that stage after we put so much time and so much effort into this project – that to me was really cool”, says Matthew Glibbery. Along with the NHL’s enthusiasm with the new NHL.com/stats design, a lot of fans expressed excited feedback regarding the successful launch of the NHL stats pages.

Here is what people are saying:

Bryon (@13thFwd): “Hockey nerds are going off today on my timeline as a result of the NHL’s new stats initiative and I love it.”

The tweeters surely loved the easy-to-handle approach and its fan centered new design. And now you actually know what role design played in the launch of the new website.

Anthony Jakubiak was the lead designer for the NHL Hockey Statistics design delivered by the Design & Co-Innovation center – a global design studio within SAP that provides end-to-end design and innovation services backed by SAP technologies.