“Design Doesn’t Fall from the Sky” – a Story in Postcards

“Why is this button disabled?” – the white-collar businessman furiously shouts into the phone in his attempt to find the culprit. “May I close the browser now?” wonders the lady with the neat 50s hairdo. Both are apparently confused by their software’s User Interfaces.

How oddly out of place! But the thought that these annoyed faces probably mirror frustrations of today’s users rather well actually sneaks a smile on my face. 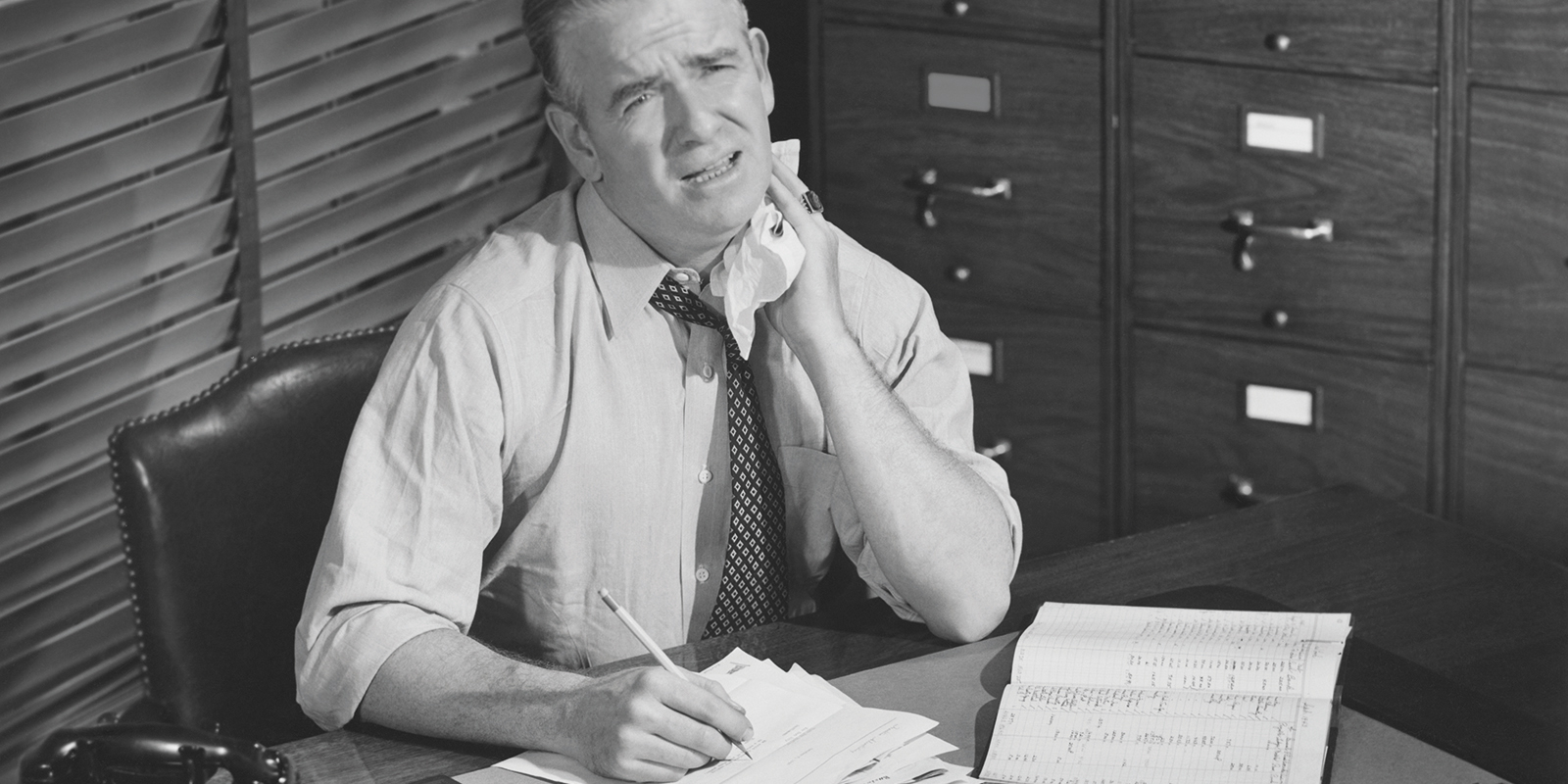 What seems to be the problem? Define before you design!

“Design usually starts with a gap, a problem, something missing”, explains Matthias Langholz from the Design and Co-Innovation Center from SAP (DCC). “In this case, we wanted to raise awareness about the fact that SAP cares about the usability of its products and wants to change what people normally think about SAP in relation to User Experience (UX) and design.” To that end, the Design and Co-Innovation Center strives to humanize SAP software through design and addresses users’ problems and needs in order to improve their experience.

In a team including Karen Detken and Laurent Pollefoort, the three designers came up with the idea to create a series of six postcards which communicate SAP’s focus – initially for handing them out as giveaways and spreading the message at the IT professionals’ convention TechEd.

At this point you might think: Relax, three designers – six postcards? It’s clearly no effort for them to create appealing graphics and lettering. But design is no stroll through petty decisions about nice pictures and fonts. Soon, the trio was confronted with the challenge of how to find an enticing way to convey the intended message.

“It begins with an idea, an eye-catcher, may it be a word or a picture. In our case it was a simple contrast and an emotion delivered in a picture” says Karen Detken. This concept of “contrast” needs further explanation.

So to begin with, the three knew that working with SAP software can sometimes be annoying, which can evoke emotions like irritation and frustration. These feelings should be transferred through the characters’ expressions on the vintage pictures as a first reference point for the viewer. “The emotion and the quote should illustrate experiencing SAP software, today”, explains Matthias. “The visualization of the emotion in the picture, however, is taken from a past context, the 50s, which causes an interesting contrast”, he says. After having presented the problems at the front of the postcard, a short text on the back should explain how SAP addresses the negative emotions of today with help from the User Experience Design Services.

Coming back to the initial question of how to convey SAP’s aim on improving the user experience of its products, the answer slowly crystallized during several rounds of concept drafting: by compassionately addressing the user’s problems and proposing a solution, mixed with a healthy amount of self-mockery! But hold your horses, we’re still nowhere near the end of the design journey. Next comes the creation process.

After having the concept, there’s still the question of how to realize the idea. So in order to find specific references, the team asked themselves: What are possible emotional reactions when users need help with their software? From this starting point, our three protagonists looked for examples in the landscape of emotions.

Angry, annoyed, desperate – finding six examples in the range of negative emotions was easy. Matching an IT problem context, catchy one-question messages and a solution from the User Experience Design Service from SAP posed a bit more of a challenge, though. In the time- and thought consuming process, the three designers also included feedback of other DCC team members in order to confirm or change the design. Here are some insights on the process:

And here are the six different emotions with matching problems and questions:

Another challenge was found where you would not expect it: “It took us ages and a lot of effort to find pictures which exactly matched the intended emotion”, Karen remembers. Indeed, the three took lengths to dig through a ridiculous amount of pictures on databanks. And they spared neither trouble nor expenses to find the pictures that perfectly convey the emotional concepts.

Funny, right? You would think that designers first cared for the visual representation of their product. But design is more complex than one would think! It requires a lot of iteration and endurance. And this directly leads me to the morale of our short journey.

“Design doesn’t fall from the sky”, says Laurent. It’s not just the visual “making beautiful” but it’s an ongoing process of decisions and iterations. And it takes brain, creativity, and structure to come up with something which perfectly serves its destined purpose.

Design is not the final result but the idea and creation process behind it. Thus, you could take this story as an invitation to appreciate not only the beauty of an artwork but also the whole thought that stands behind it. Because if we can be sure of one thing, it’s that there’s always a person behind the design, contemplating and pondering the question how to deliver a certain message.

As a token of this notion you can download the postcards from the Design and Co-Innovation Center. A gift for you – of course all stylish and vintage-y: