Disclosure: I am the CTO the company that delivered the underlying software for this implementation.

This week the Norwegian Government Agency for Financial Management (DFØ) released their new app for 40 000 employees in the Norwegian public sector and they plan to roll it out to 40 000 more.

In addition they won an award in the competition called «time thieves» – an incentive to promote reduction in non-productive time that was issued by the Ministry of Local Government and Modernization. 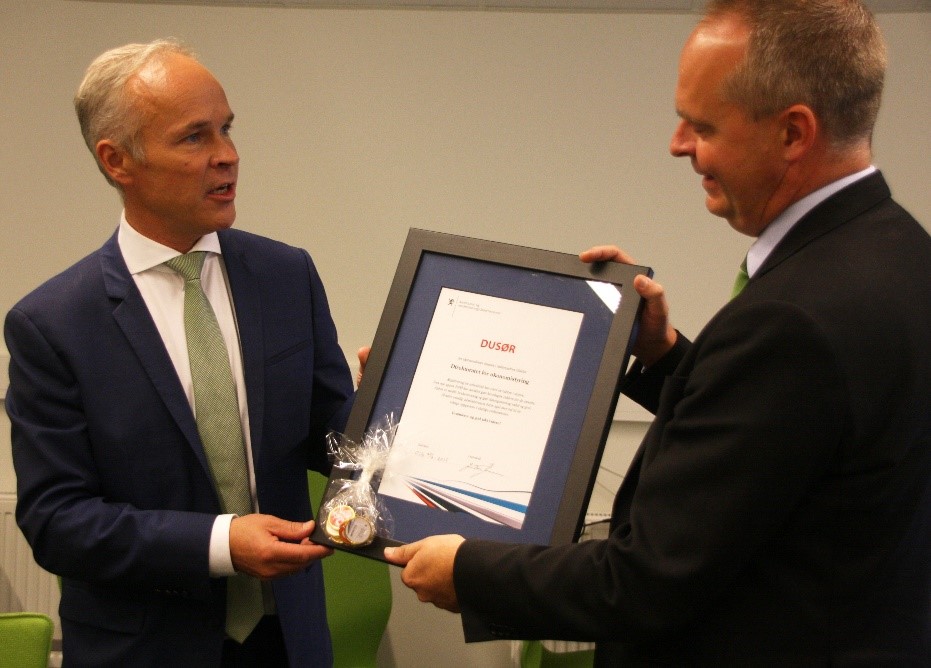 For me, the most interesting thing about this project is the fact that it had an implementation cost of around 300 000 $, the app is super user-friendly and runs directly on their existing SAP systems. It enables the 40 000 users to register time and create leave requests on-the-go with travel expense being added in the next release. The initial tests show up to 80% reduction in time performing these tasks compared to using the existing desktop portal. That ROI is self- explanatory but I am certain they will see other huge benefits such as real-time input of data, greatly reduced back-office work and most importantly – happy users.

The media is full of failed governmental IT projects that costs millions, are way over budget and fail to deliver the expected results. So what did they do different and better in this project that made them hit the media because of success rather than failure? (Which is the most common reason journalists cover public projects)

Use of existing back-end system and landscape

The Managing Director of DFØ Øystein Børmer said during the press conference: “The alternative would have been to replace the underlying ERP system, a 100 million dollar project”

I believe he is right.

DFØ have been using SAP for a long time. They handle financials and HR for over 200 organizations under the various Norwegian ministries. In addition to different requirements among these, there are strict national regulations making an off-the-shelf solution impossible. Also, few other ERP systems can handle such a setup (Needless to say they have a lot of clients in their system)

By implementing the solution into their existing SAP landscape the reuse of existing SAP transactions reduces complexity, the need of back-end testing is almost obsolete and costly integration is avoided.

Ingvild Nygaard  the DFØ project manager stated that during the project they frequently tested the app on real users. They realized that what project members considered user-friendly was not true for the actual recipients of the App. Delivering a solution to such a large and diverse group regarding digital maturity, demands simplicity and if the App is not intuitive you have failed.

They decided to use interaction design principles, change the SAPUI5 theme and add quite a bit of custom styling. The design is following Google’s Material Design guidelines and even includes the ripple effect to highlight user actions (See Robin van het Hof I actually admit to you guys being useful 😉 )

I think they did a good job! (It is in Norwegian but you get the idea) 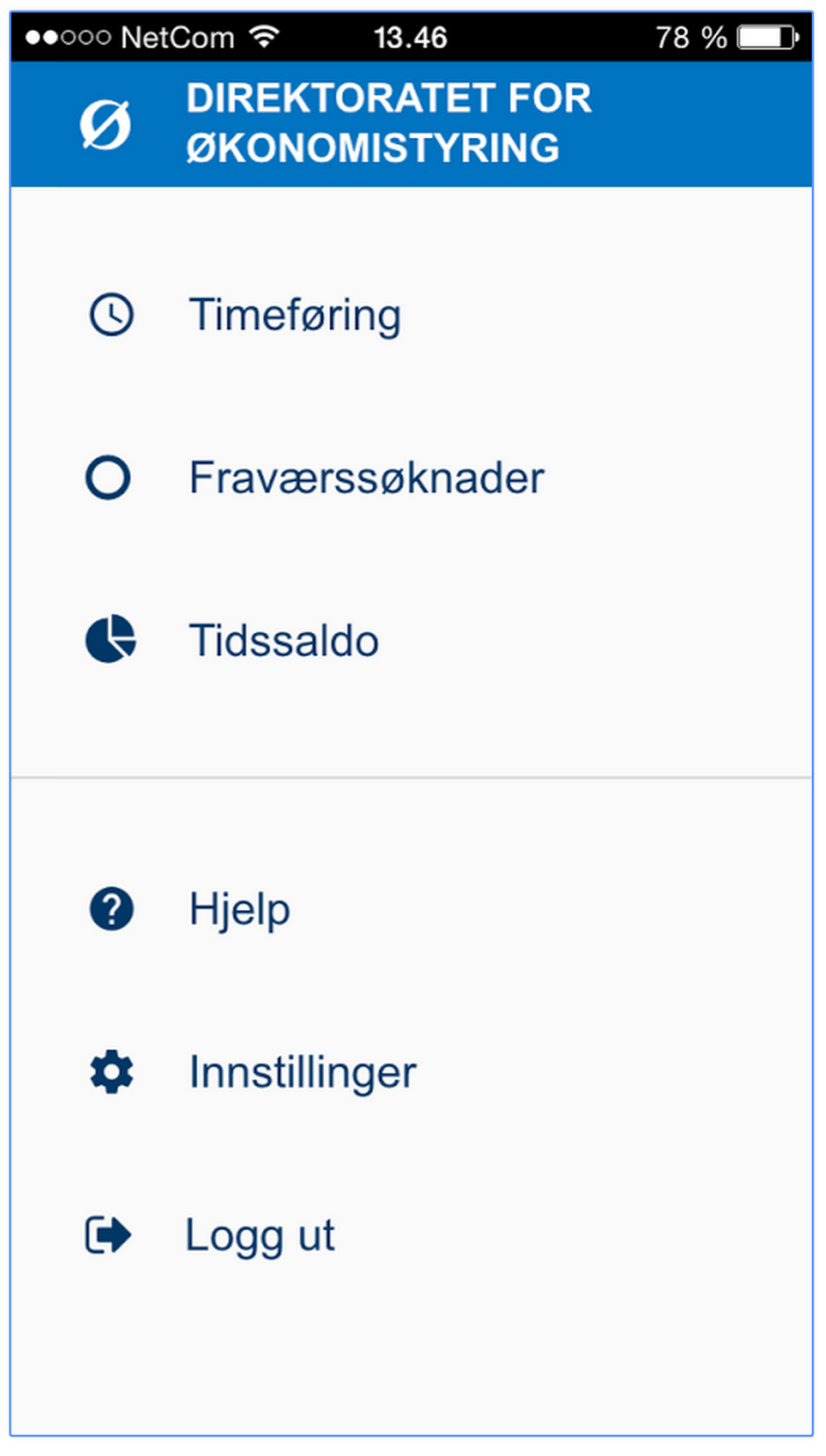 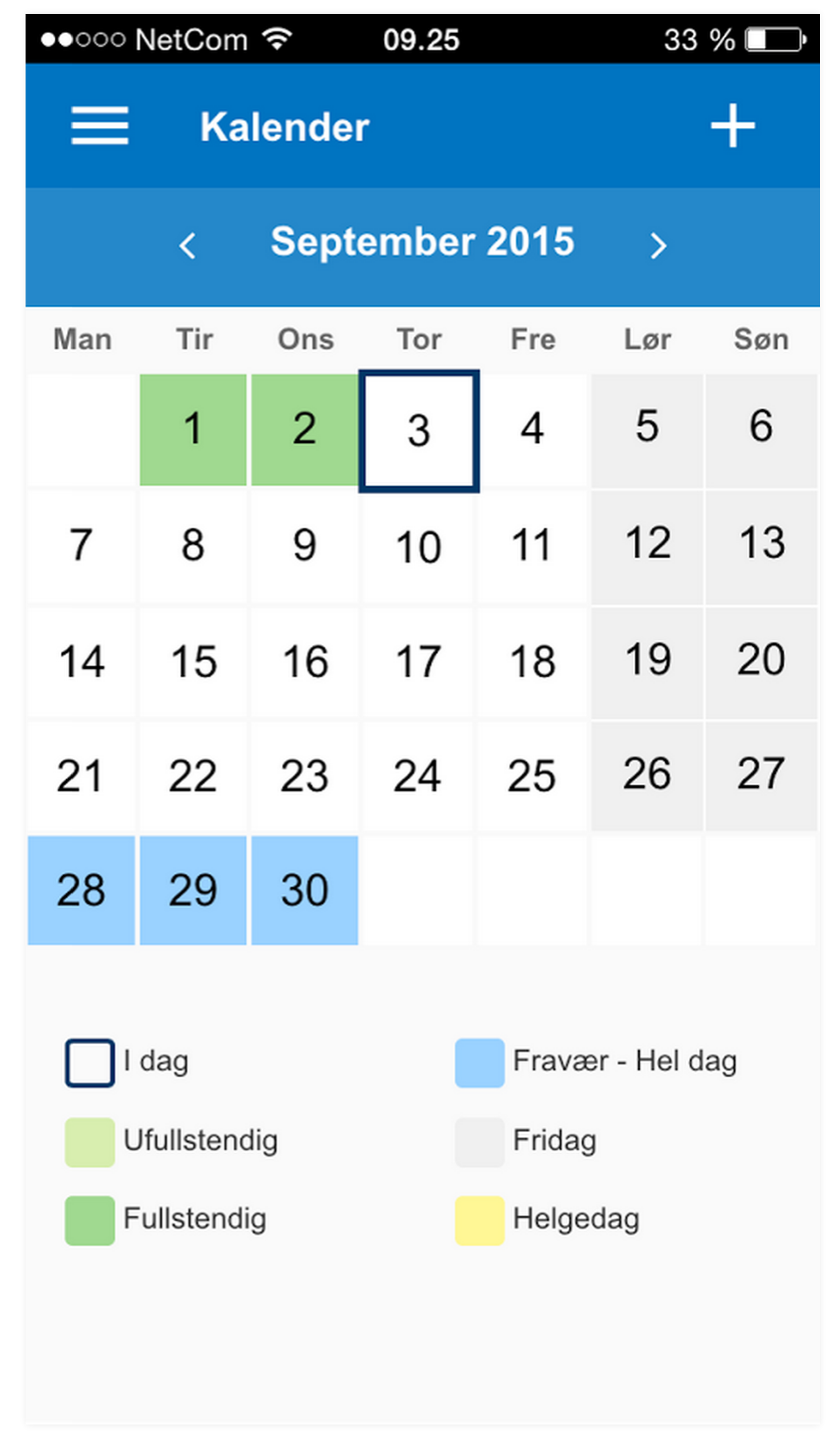 A traditional waterfall methodology where more time would be spent on arguing over change-requests than fixing the actual problem would have been disastrous in this situation.

The surest way of losing user adoption for apps is to have a complex logon routine. You wouldn’t use your Facebook app very frequently if you had to provide your credentials every time you opened the app and neither will users of your enterprise app.

Still DFØ required a very secure solution and it was solved in the following way:

When users logon to the app for the first time, they are required to on-board via “ID-porten”, a common national solution for authentication to public services.  “ID-porten” supports multiple two-factor authentication solutions and covers all Norwegian citizens and expats.

As part of the on-boarding they choose a personal PIN-code which is then used for subsequent logins to the app from the specific device. After 90 days the security credentials have expired and a new login to “ID-porten” is required. 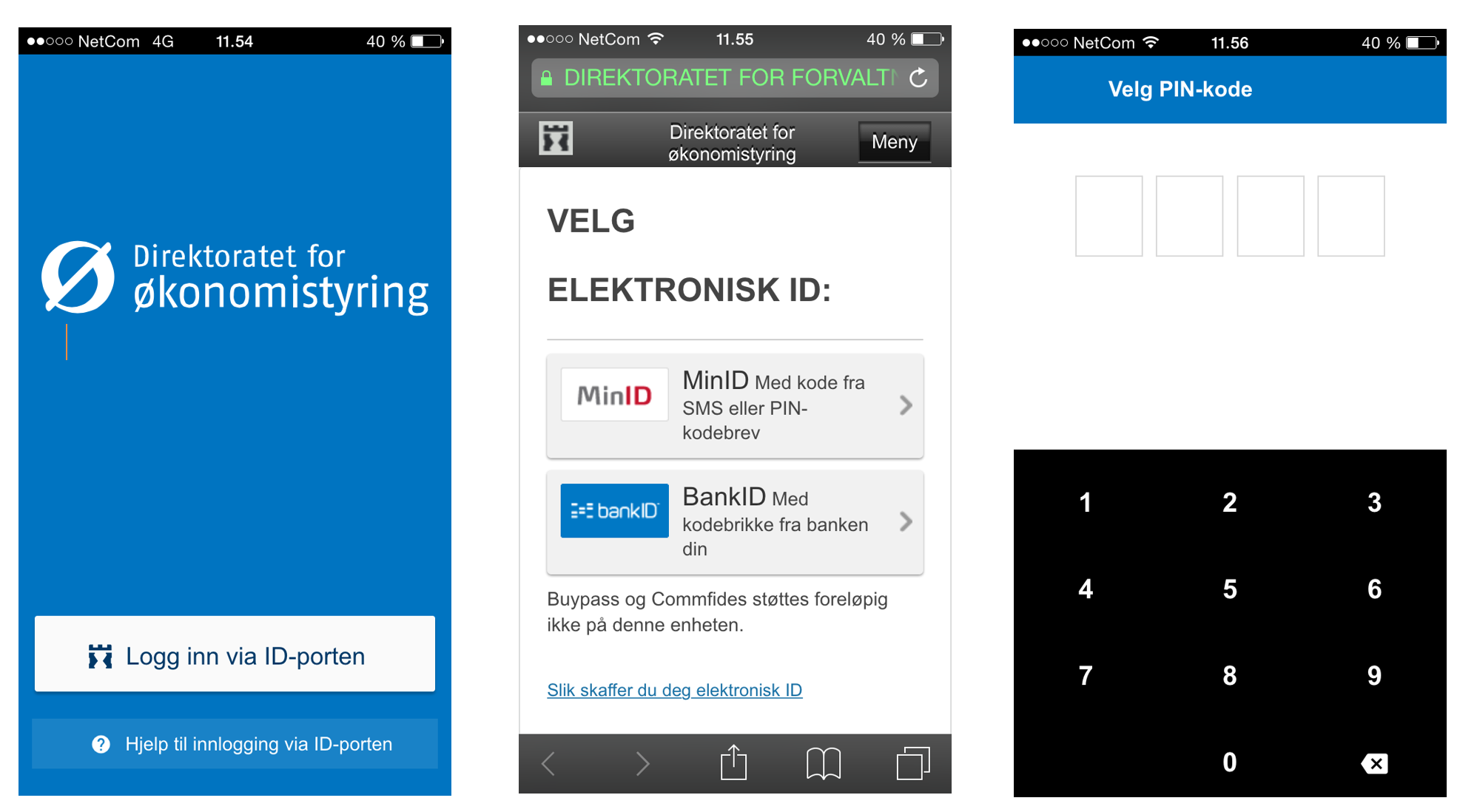 I had the pleasure of hosting training for the internal DFØ team members together with my co-founder Ole-Andre Haugen. They are great people and very capable ABAP developers, but more importantly they were extremely enthusiastic. The opportunity to finally work on a project that would enhance their SAP system with a state of the art look and feel and hopefully happy users made a big difference.

DFØ decided on using the SAP SI and Neptune Partner Bouvet. Leading this team was Alumni SAP Mentor and UX enthusiast  Dagfinn Parnas . This team has deep SAP and ABAP knowledge coupled with Design and UI experts. The fact that they very early on acquired SAPUI5 skills was also vital.

Finally I have to include a picture of the Norwegian Minister of Finance Siv Jensen getting a demo of the App by Project Manager Ingvild Nygaard. Cool to have members of the Norwegian government as Neptune users 😎 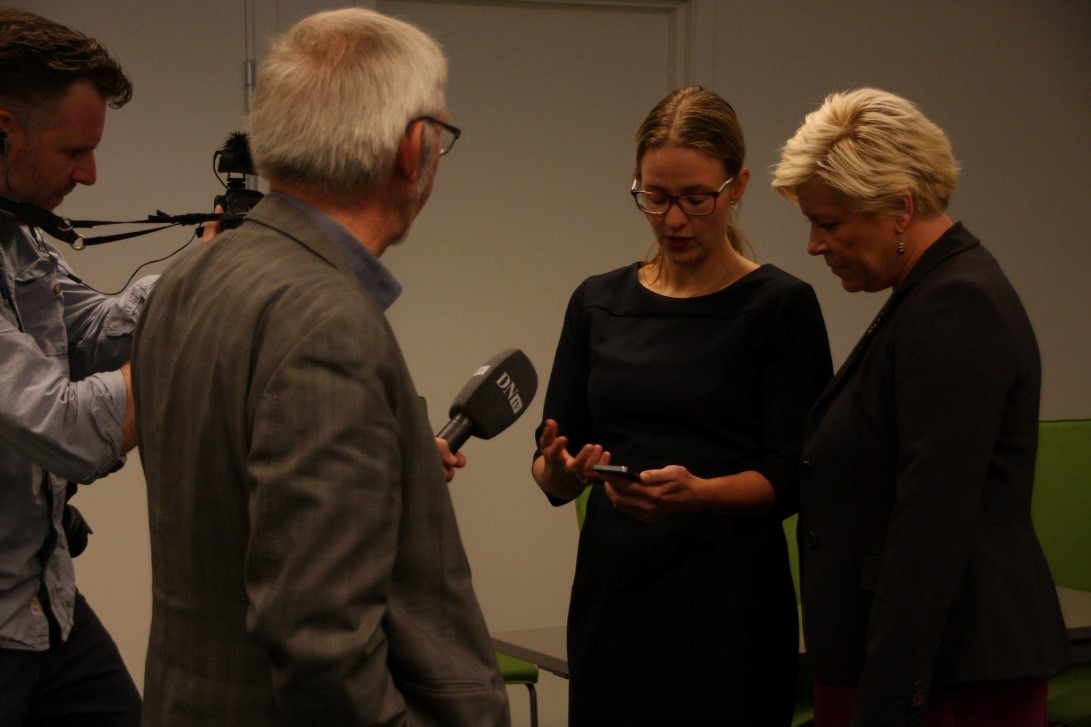 Thanks for the mention....though it does not give you an immediate pass. 😈

The mention/inclusion of Dagfinn Parnas made me smile (while still holding a firm grip on the anti-marketing stick/bat! haha). He is a "good dude" and clever/smart as they come.

Kudos on a job well done. Sounds like quite a project....and solution!

hehe Guess I should bring a helmet to Las Vegas (If you are going? )

Hey!!! yeh....TechEd? I will be there! It will be cool to finally meet you. Lucky for you, TSA checks for all weapons before allowing anyone to travel by plane. 😆

Yup TechEd will see you there !

You two will get on great at TechEd. I've had the pleasure of, ahem, sharing a libation or two with both of you, and my only regret is I won't be there to do it again when you meet. Though I'm thinking of sending my colleague Ryan Seko who is going to be there around to meet you both.

Every time Njål Stabell mentions "Neptune", he has to drink. A new TechEd drinking game is born! 😛

The project has been hectic and exciting. Now DFØ has the foundation to continue innovating and deliver new functions which have very strong business cases (we're already working on travel expense and approvals).

A lot of SAP customers are struggeling with the users negative perception towards the systems. Mobility is often a supplemental and optional tool for the user, so it has to be desirable for them to use it if you want to reach the business goals defined.

You don't have to sell me on the mindset of customers/clients when it comes to mobility over the past many years....nor all the ways SAP has made that overly complicated with an ever changing line up of landscapes, options and products. I have fought that "good fight" more than I care to list! haha

Let's hope this is the new dawn of stability in our mobility! haha

Fantastic blog, Njal!   I continue to be so glad to know and learn from you -- and sad on Norway's behalf that they have lost you (at least for the time being) to our Californian Ways 🙂   Now for Norwegian-Californian fusion food!

Thank you Moya. Btw do you get elk meat here in California?

Well apparently you can find anything on Yelp:

Great! Now you get to try my world famous Elk Stew ... wonder how that will work with Californian fusion?

Did I mention I'm a vegetarian? Well, pescatarian really.  Can you make the elk swim first? That could work. 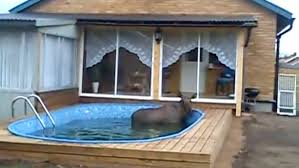 It seems it was a really interesting project with a lot of fun!

Seems like you also incorporated some Design Thinking -- at least the numerous test iterations with actual users hints in that direction -- good job!

I believe that in projects of this magnitude (40 - 80 K users) design and usability is extremely important and I feel proud when I look at the end result and all the praise the project get from actual users these days. See you in Vegas?

There has definitively been some design thinking elements in the process and in the development of the product which my company Bouvet owns.

During the implementation phase we've heavily used axure for developing prototypes and performing user test on these. Alot of insight we're made in this phase, both on general user behaviour and concrete elements such as the blue signature line of fiori being confused for a loading indicator (such as in browser) and less mobile-experienced user getting stuck in sub-screens and not being able to navigate back to the previous screen using the standard menu back icons