A DataGenius goes on tour to Washington DC

SAP Product Marketing in Vancouver recently asked me to support this year’s iteration on the DataGeek initiative that has been rebranded as DataGenius.

I have been a global finalist of the predecessor DataGeek a couple of times and this year I have been asked support the entrants with comments and feedback on their entries as a SAP DATAGENIUS MENTOR.

What a great opportunity to support the SCN community I thought, but it didn’t stop there…. It actually led me to a two day community data event in Washington DC.

How did the adventure begin?

SAP were asked by The President’s Emergency Plan for AIDS Relief  (PEPFAR) to look at ways of to improve how they report and visualise data.

PEPFAR is a U.S. Government initiative to help save the lives of those living with and affected by HIV/AIDS around the world. PEPFAR is implemented as a collaboration of multiple U.S. Government agencies and is coordinated by the Office of the U.S. Global AIDS Coordinator.

A few SAP Mentors and myself were provided with both public facing and internal datasets to work on but we had under a week to share our thoughts as to how improvements can be made.

As always there was a data challenge to take the internal spreadsheets with data in pivot tables (30+ columns and >300 rows) and restructure those in flat data files.  Thanks to Dave Pugh from UK EIM Pre Sales for his support in using Data Services to achieve this.

The data was randomised before it was sent to us so I can share an excerpt of the original file and the most politically correct statement I can use would be is that PEPFAR have adopted the Red, Amber & Green (RAG) status with gusto.

So taking the RAG status model as an inspiration I built out a SAP Lumira storyboard showing other ways the data could be visualised. The mission statement I had in mind for the storyboard was to enable an Executive to focus in on those geographies and KPIs of concern. 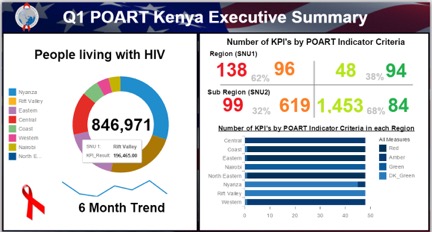 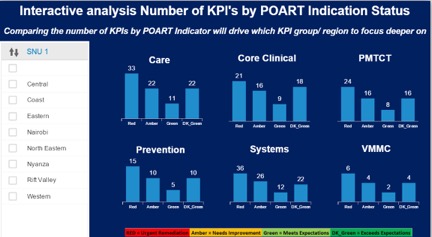 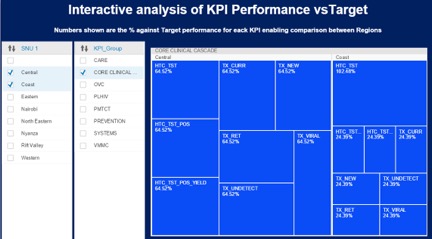 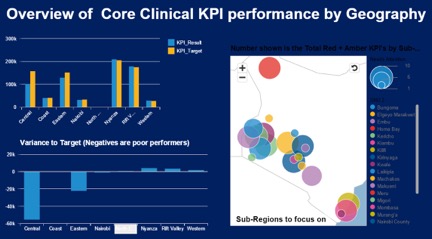 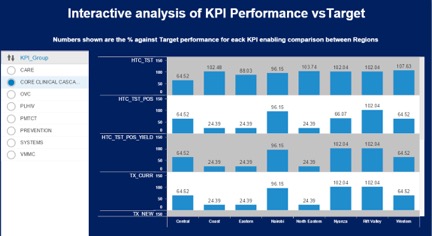 PEPFAR were so happy with the visualisations that Geoff Peters from SAP Vancouver and I had produced for them they wanted them to be shown as an example at a Community Data event in Washington DC over the weekend of 18-19 Sept.

Not only did they want SAP to share the work but also Geoff and I to present in person with just 4 days notice to get organised. No pressure …..

This Community Data event was for members of the Global Partnership on Sustainable Development Data.  This event brought together Senior Fellows, US Government Policy Makers & Senior Advisors, Economic Advisors, UN Senior Program Officers, Open data enthusiasts and a couple of SAP Data Geeks ! As many of you who know me appreciate I’m always happy to present at conferences but the enormity of this had no time to sink it.

The event went very well and was enlightening to me personally in how gathering, sharing and interpreting data is seen as core for sustainable development. Plus the enthusiasm from all attendees whatever their role in the global partnership was inspirational.

On September 25-27, 2015, 193 global leaders, from government officials to NGO’s/charities (possibly including President Barack Obama and someone senior from SAP), will be meeting at or around the United Nations Summit in New York City to officially ratify 17 Sustainable Development Global Goals.

These 17 Sustainable Development Global Goals aim to achieve 3 extraordinary things in the next 15 years: 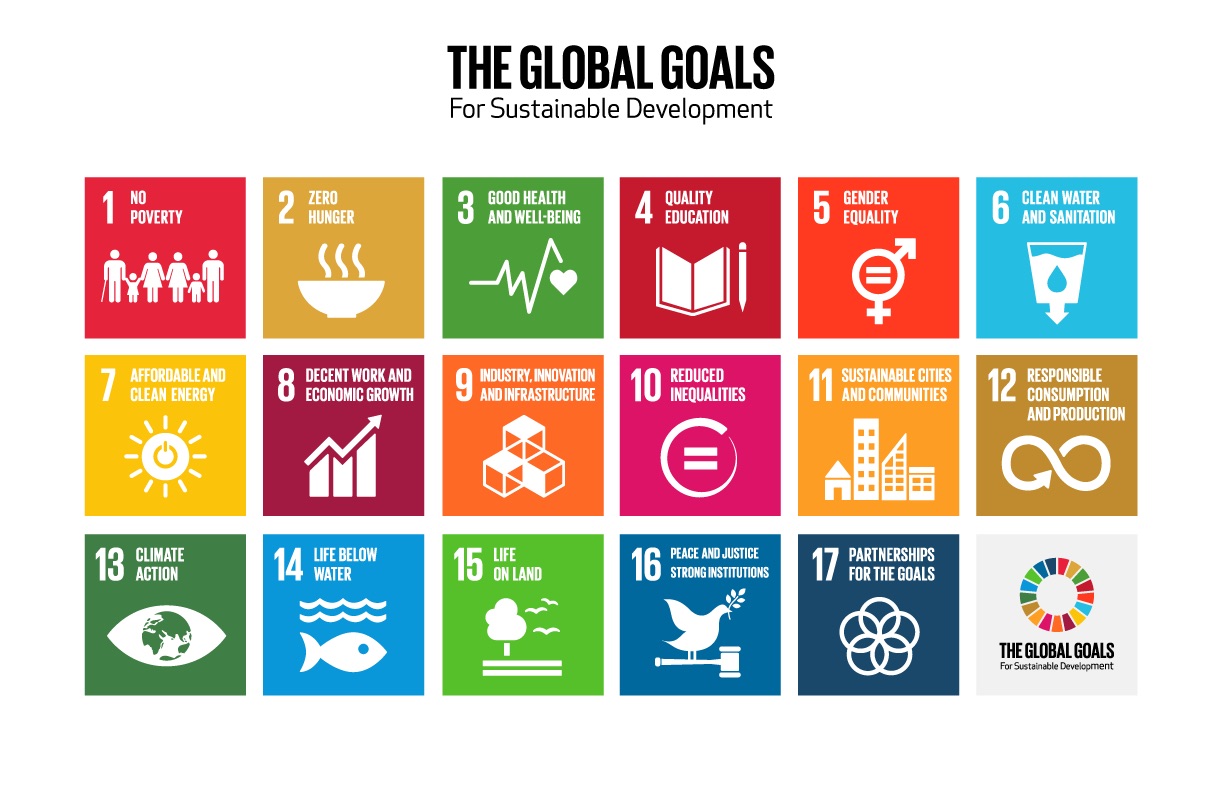 It’s really rewarding that a challenge from PEPFAR to help improve their data visualisation can be a step along the way of SAP’s involvement in the United Nations Sustainable Development Global Goals.

Really looking forward to staying tuned to this, now that I know about it! So glad you were there. Did you get to meet Megan Smith?  #hero

Sadly I didn't get to speak to Megan, she visited to deliver her address then left.   It was a great event and inspiring to talk with Not for Profit organisations working directly with global issues 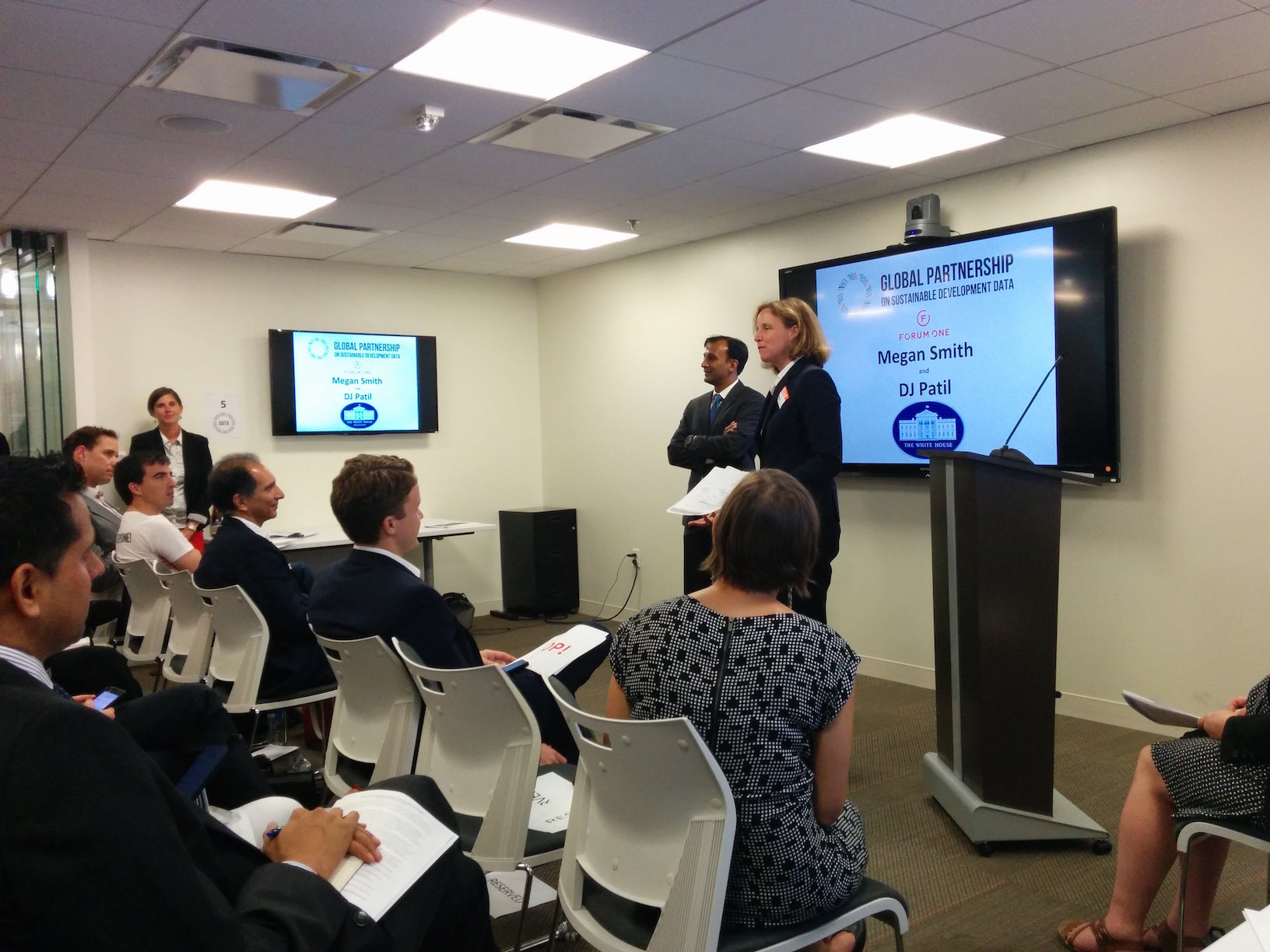 I'm part of the DataGenius team and have been following your work with SAP Pride!

I've been meaning to reach out to you to incorporate your inspiring work into our challenge. With our angle on social good, how cool would it be to combine data on equality with our community of DataGeniuses?!

why YES RACHEL!  that sounds pretty awesome.  what an honor. I'm moya.watson @ sap.com -- reach out any time

Fantastic! Will definitely reach out - thanks!

Great little story Andrew, I like the viz's as well considering the time you were given.