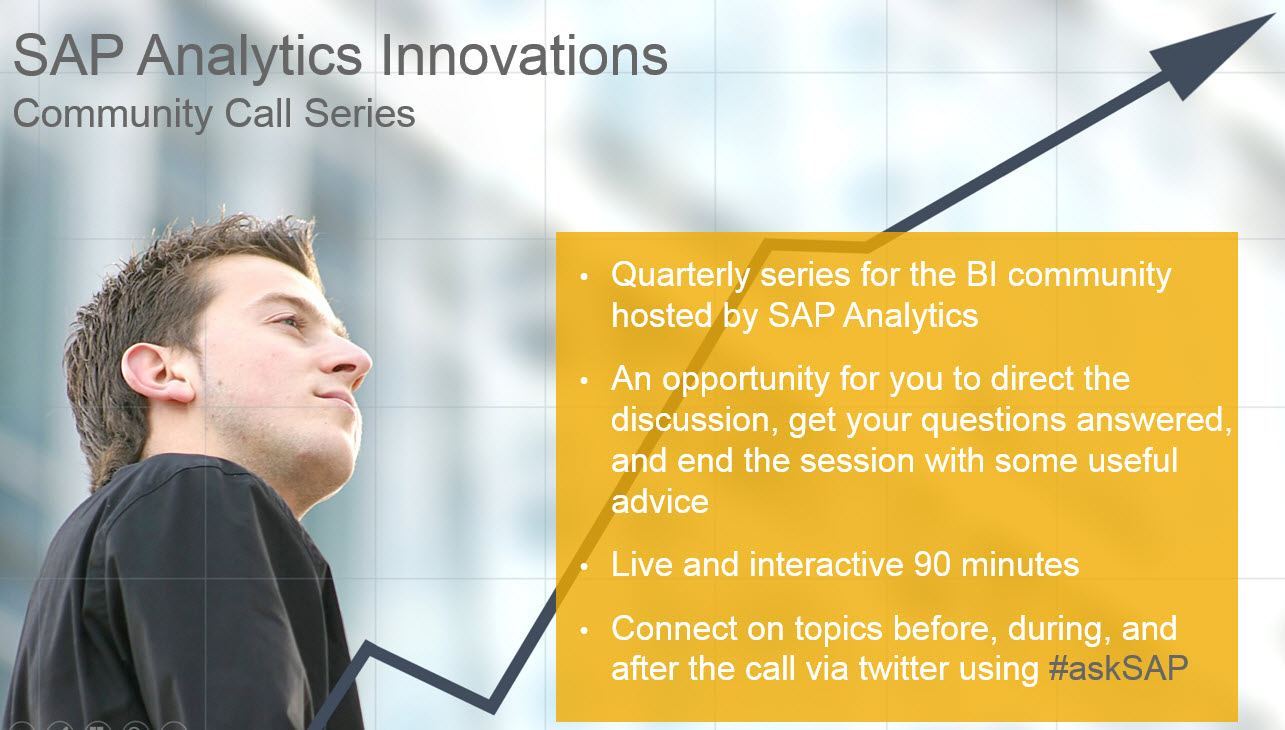 The above provides some background about the ask SAP quarterly call. 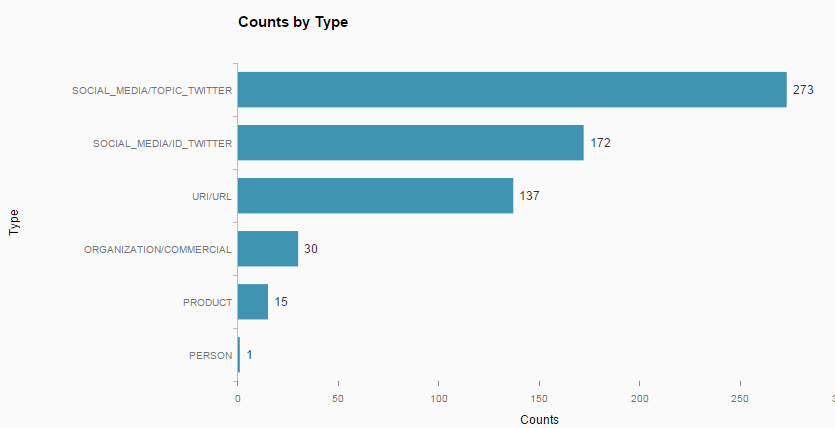 I pulled snapshot of tweets over the week and using some text analysis it shows that 273 tweets had a topic, 172 mentioned a twitter handle.

Not surprisingly SAP is the top organization mentioned, along with SAP Mentors as SAP Mentors help moderate the call. 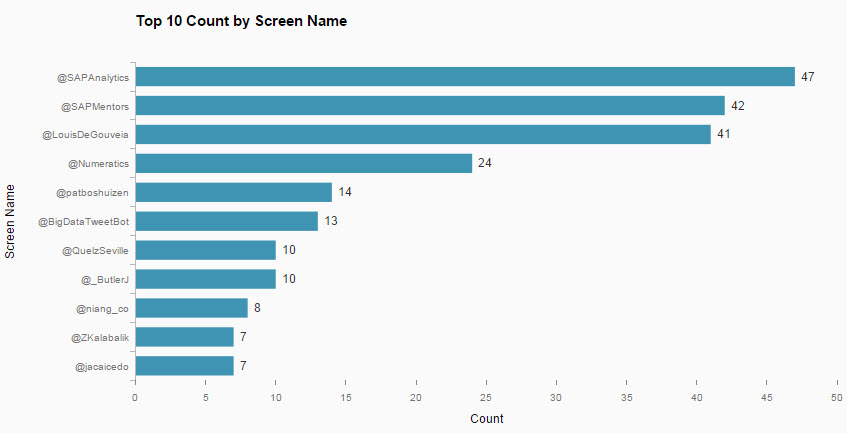 The above shows the top twitter handles tweeting, including Louis and others

The Pacific time zone had the most tweets, with the East Coast second. 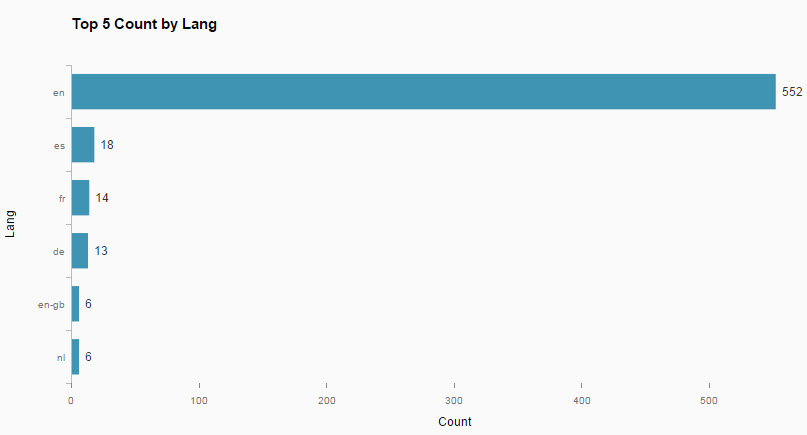 Most of the tweets were in English, next in Spanish, followed by French and German. 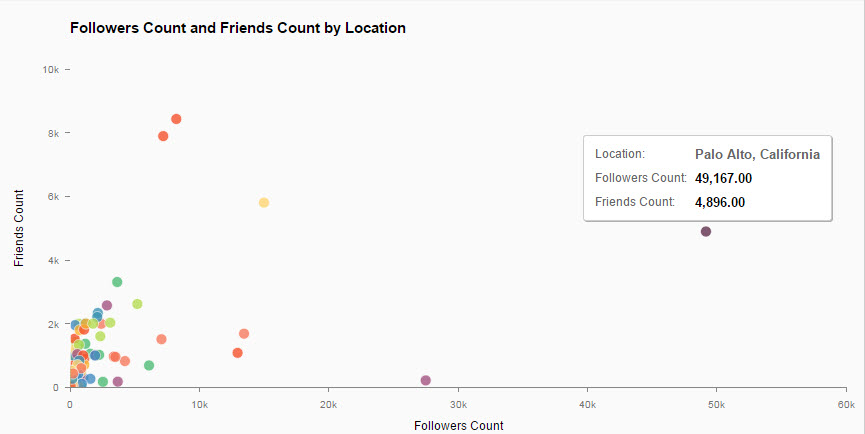 The above is a suggested visualization from Lumira.  The outlier is the SAP Analytics twitter handle.with over 49K followers 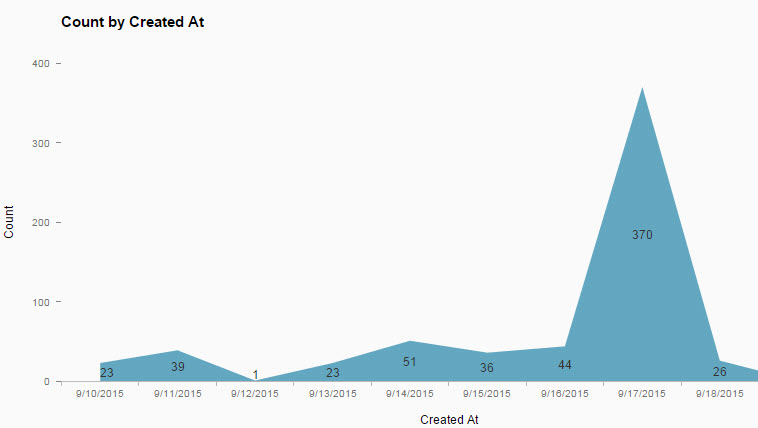 Most of the tweets happened on September 17th, the day of the call.

SAP is working on answering all the questions asked during the call and they will provide a link to the slides and recording soon.

Your chance to learn more about SAP BusinessObjects Design Studio