Are you in my tribe?  He asks 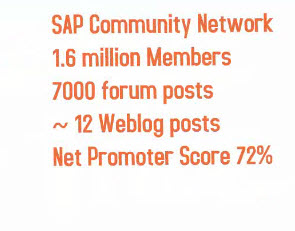 He advocated having a community goal

96% of your community is made up of lurkers; just consuming.  The other 4% 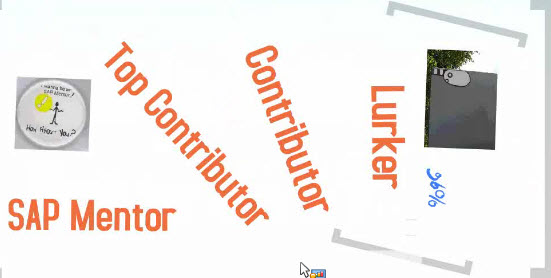 SAP Mentors should have 3 things:

Figure 3 shows a button that Jim Spath created and distributed at ASUG Annual Conference 2009; Alvaro Tejada Galindo aka “Blag” designed it.  The image is grainy as the image is captured from the Adobe Connect recording.

How involve your community?  Make it safe to speak your mind. 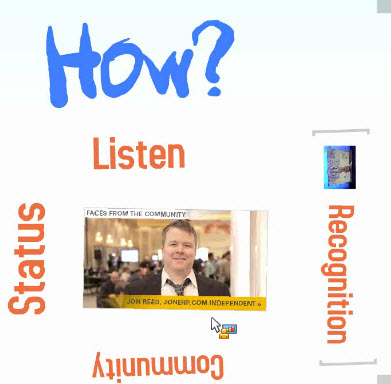 At TechEd, they show pictures from the community

How to motivate your community? Helping could be a motivation 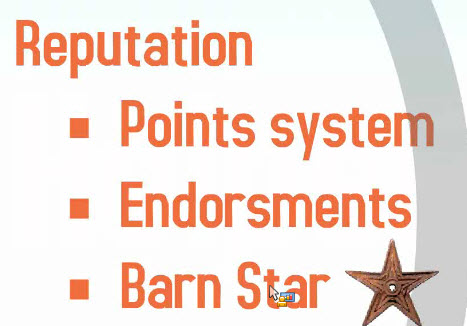 On SCN they used to have 38 hours of first reply; after points system they found that the time to first reply is 20 minutes but not all were quality answers.  This is still relevant today.

Endorsements is what LinkedIn does

Make a name for yourself 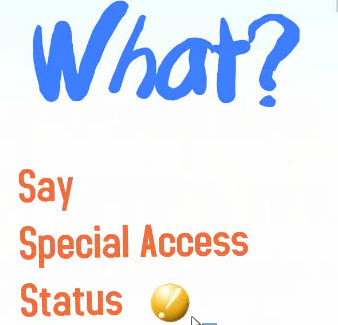 Give them a say; Mentors have private access forum

Mentor lemon icon is a status

Figure 7 is a quote from Seth Godin’s book; Mark said with the Mentors assemble a tribe

Simple one page community guidelines and include etiquette.  This is a world wide community and there is different standards for what is OK and not okay.

Early on he said no one from SAP was interested in SCN; then someone said something negative about ABAP objects, and he was asked to remove it.  Fortunately Horst Keller wrote a blog and then people were commenting to the blog.  This gave the community credibility.

Watercooler is what they have in Walldorf and to discuss things you go to a “Coffee Corner”, hence the space here on SCN “Coffee Corner“, where “community is happening” with lots of posts about cricket (back then)

“Rating for articles is coming” (side note, this did happen)

“integration to Linked In to show your points from Linked In and your last 3 blogs” (side note, this has not happened)

Q: Are you working on a SAP Mentor track at SAP TechEd?

A: If you have a session in TechEd, and want to only see the Mentor sessions (back in 2009) – not a separate track

Q: Rise of SCN and paralleled opening of SAP, do you think SCN would have flourished?

A: It would have flourished

SCN started as a place for NetWeaver, 0 for ABAP – tumbleweeds

Opened ABAP forum, then people flocked to it

No place for ABAP developers to go

A: Because of technologies available, negative discussion is happening anyhow; you can’t avoid it.  You try to bring it to your area and what is going on to solve the problem. Technologies are changing companies for the positive trend as it gives transparency

A: Previously before SCN had to use SAP Fans, now can use SCN to help you genuinely

Q: Facebook, twitter, the idea is not innovative, if SAP had no community, and starting from scratch, how would SCN be different?

A: Not much different

Q: If you tell people they are mistaken they will forgive you but if you tell them they are misconceived they won’t forgive you; “ABAP Objects is a failure” – a fine line in terms of criticism

A: Criticism should be positive

Also shown during the session was video by Michael Koch

For me, it was a worthwhile look back, having not seen Mark’s Palo Alto 2009 session. It was good to see to the three features of SAP Mentors.  I can’t wait to see/hear what he presents tomorrow at SAP Inside Track Palo Alto 2009.

Thanks for sharing the past experience so nicely!

Do you know if tomorrow's event can be joined remotely and the link for the same? Thanks!

Hi Kumud - Mark tweeted this Adobe Connect today: sap.na.pgiconnect.com/sitsv/ we tested it and it seems to work.

I hope to see you online tomorrow!!

What time does it start? Looks like there is only the time named when to have breakfast.

I know, it is the most important meal of the day, but I don't think this is shared, is it 😆

Mark has answered it right at that moment I asked.

It's called just in time commenting  or JITcom 🙂

Wow, that is quite the flashback for me. The Blagbert comic is too funny.

Super interesting that key things regarding Community building have not changed: Listen!

The LinkedIn connection worked for a while, at least the SCN points would be displayed and a link to your SCN profile. LinkedIn weren't great to work with back then.

Let me put the finishing touches on my presentation tomorrow. I am opening the session at 9am PST. If you can't be there in person, join the webcast: http://sap.na.pgiconnect.com/sitsv

Thanks Tammy for writing up this summary, Mark.