Execution of jobs and retrieve logs

This tutorial provides an overview of the execution of a job from the SAP Designer steps to run the jobs, debug errors and change options the server job. It thus contains how we can view the logs from the Administration Console SAP DataServices.

1. Overview of job execution
It is possible to execute jobs in three different ways. Depending on your needs, you can configure:
• Immediate Jobs
Designer launches batch jobs and real-time jobs and executes them immediately from Designer. For these jobs, Designer and Job Server designated (where the job runs, usually several times on the same computer) must be running. You probably will run immediate jobs only during the development cycle.

• Scheduled Jobs
The batch jobs are planned. To schedule a job, use the Administrator or a third party planner.
When jobs are planned by third-party software:
o The job is started outside the software.
o The job operates on a batch job (or shell script for UNIX) that has been exporting software.
When a job is called by third planner:
o The corresponding Job Server must be running.
o Designer does not need to be running.

• Services
Real-time jobs are configured as continuous services that listen requests an access server and process requests to the application upon receipt. Use the Administrator to create a service from a real-time job.

 Validation jobs and jobs components
It is also possible to explicitly validate the jobs and their components when they are created by:

You can set Designer options (Outils–>Options–>Designer–>General) to validate jobs started in Designer before running the job.

The default setting is to not confirm. The software also validates jobs before exporting them.

If during the validation software discovers an error in the object definition, it opens a dialog box indicating that an error exists, then it opens the Output window to view the error.

If there are errors, double-click the error in the Output window to open the editor of the object containing the error.

If you can not read the complete error text in the window, you can access additional information by right-clicking on the error list and selecting View from the context menu. 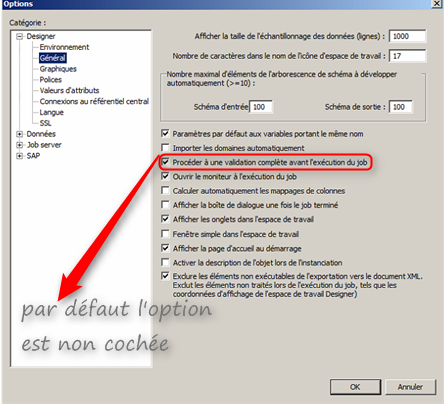 Ensure that the job Server is running

Before running a job (as an immediate or scheduled task), make sure that the Job Server is associated with the repository in which the client runs. When Designer starts, it displays the status of the job server for the repository to which you are connected.

3. Setting Options for the execution of the job

Options for jobs include debugging and monitoring. Although the object options (they affect the function of the object), they are either in the window or property in the Immediate window associated with the job.
The execution options for jobs can be defined for a single instance or as a default.

Execution of jobs as immediate task

Les immediate tasks or “on demand” are initiated from Designer. Designer and Job Server must both be running for the job runs.

The software prompts you to save all the objects which have changes that have not been recorded. 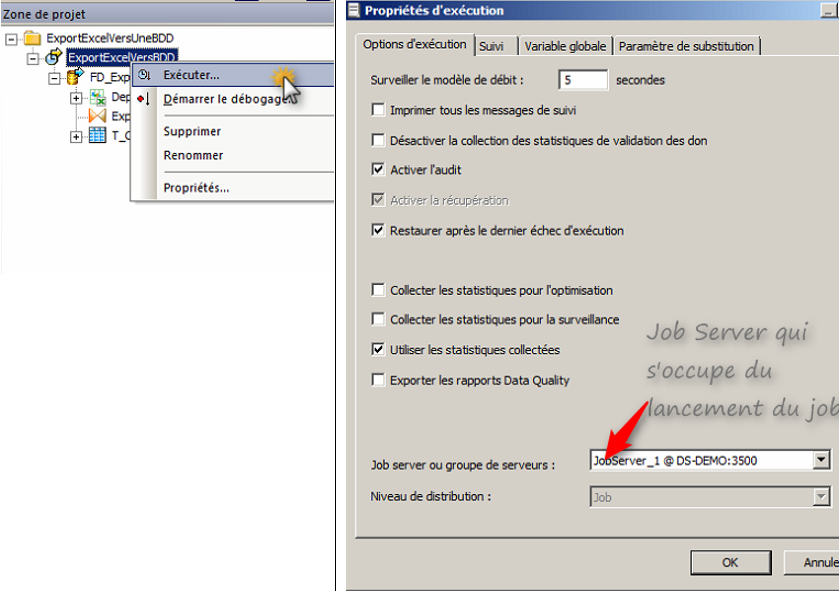 The software prompts you to save all the objects which have changes that have not been recorded. 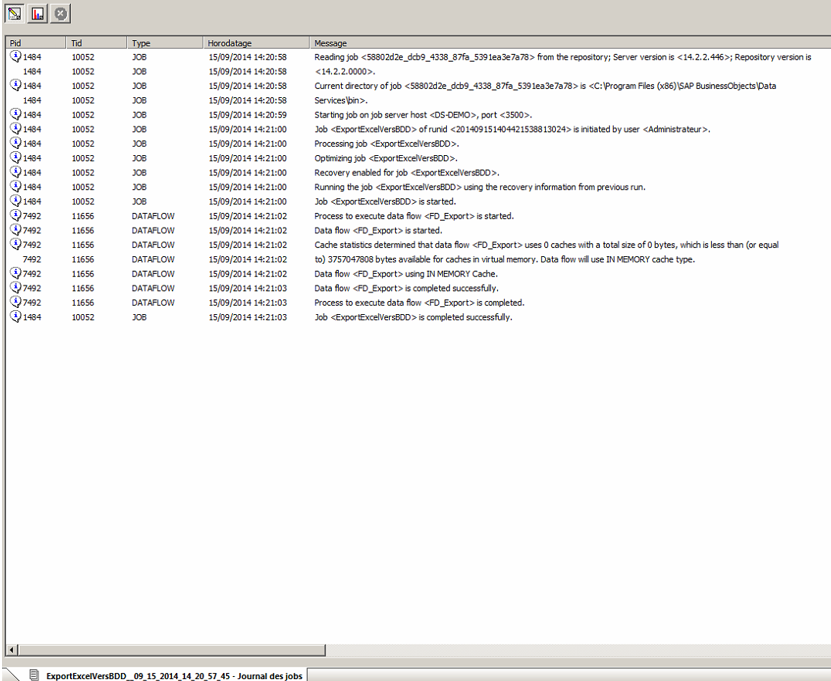