By 2100, 40% of the world’s population will be African. The continent is brimming with innovation, energy and entrepreneurial spirit. That’s why it’s incumbent on us all to get smarter about Africa (and move beyond typical images of hunger, war and disease.)

In this article, I’ll look at something very specific: doing business in French-speaking, or Francophone, Africa. There are 26 predominantly French-speaking countries in Africa. I went to Morocco recently and spoke with the Gilles Lepretre, the Managing Director of SAP’s Francophone Africa territory. This vast area will be critical in helping SAP succeed in its Africa growth strategy, announced last year. Gilles’ region has already shown strong growth, noted in the recently announced second-quarter results for 2015. Looking at it through Gilles’ eyes provides some critical lessons for anyone interested in building a successful business there.

Within the continent, Francophone Africa represents the biggest geographic territory in square meters and contains more than 100 million people. These countries are united by their French Colonial past and not much else. Within each country there are multiple tribal groups, each with their own distinct culture, languages (in addition to French) and ways of doing business.

Also, enormous discrepancies exist among countries with regards to economic development.  For example, Algeria is a relatively stable economy based on oil and gas. While Togo is largely dependent on agriculture and working with the International Monetary Fund on structural reforms.

Says Lepretre, “We are dealing with so many variables, a huge matrix that includes culture and customs, geographies and industries.  The only way to deal with this is through partners.”

“Partners are critical where speaking the local language matters – primarily in West Africa. They help qualify where the opportunities are.”

Ernst & Young, global business services consultant, agrees. They say, “Find a local firm to partner with when entering the region. A local partner can add invaluable knowledge, local resources and secure a strong network to your business.”

3)      Morocco makes sense as a business center for Francophone Africa

Morocco’s political stability, economic liberalization and diversification, and strong financial institutions have helped the country position itself as a “gateway” to Africa for foreign investors.

This is where SAP is setting up headquarters for its Francophone Africa operations. Scheduled to open a new office this September, the office already approximately 25 employees. They hope to establish best practices that can be deployed by partners and other offices in the region.

Lepretre also sees SAP’s position in Morocco as an opportunity, “SAP can help companies be the ‘open door’ by providing the information infrastructure. With automation – augmented by Big Data, cloud, and mobile – SAP can help build an extended digital economy that encompasses French-speaking Africa, and connect it with the global business network.”

According to Lepretre, “more than 80 percent of business is managed by public sector processes,” so winning that arena is critical for any company doing business in Francophone Africa.

But providing IT solutions to government goes beyond capturing market share. It’s the foundation to building a stronger, more viable economy. “Increasing the efficiency and transparency of government will improve citizens’ trust, which goes hand-in-hand with improving the private sector,” says Lepretre.

5)     Huge opportunity for IT innovation

This brings us to the potential transformation IT can offer countries in Africa. Take the public sector again. Many of these organizations face basic automation challenges, like setting up tech-based tax systems versus administering taxes on paper.

But once the basics are in place, the public sector has an opportunity to leapfrog with big data technology like SAP HANA, which will let them use all that digitized information to make smarter governance decisions, be more accountable and administer more effectively.

As Lepretre puts it, “There are two waves here. First, everyone must increase speed with automation. Then we’ll get to the second wave where we’ll see real innovation using mobility, cloud and big data. Once we can get to that place, we will see an explosion in this region.” 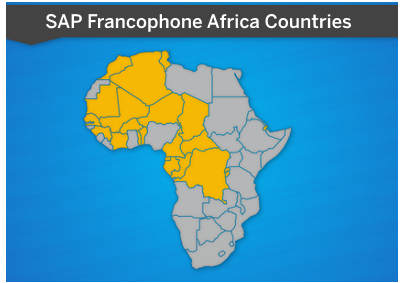