Last Friday the second SAP CodeJam in Aachen took place. This time the topic was ABAP for HANA. Our experts for the topic where Thomas Gauweiler and Kilian Kilger. The first thing we did when Thomas and Kilian arrived was to check if the systems for the CodeJam where up and running. As it turned out the systems where fine. However, the general theme for CodeJams in Aachen seems to be wireless problems. While we had to switch mobile phone tethering during the 1st SAP CodeJam I only had to create all vouchers for the twenty-something participants again this time. As a consequence I didn’t look quite as relaxed as our two experts right before the CodeJam started. 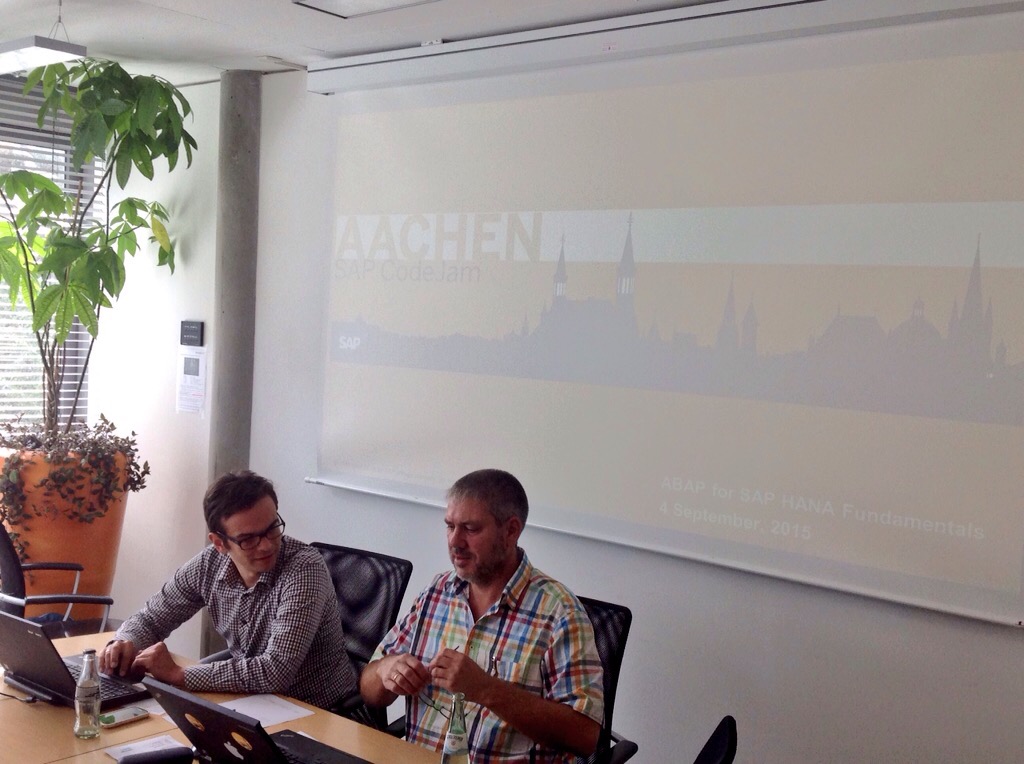 After the participants had arrived and everybody had setup their equipment Thomas kicked off the CodeJam with some introductory slides. Among them the famous performance guidelines slide for SAP HANA (cf. Performance Guidelines for ABAP Development on the SAP HANA Database by  Eric Westenberger) 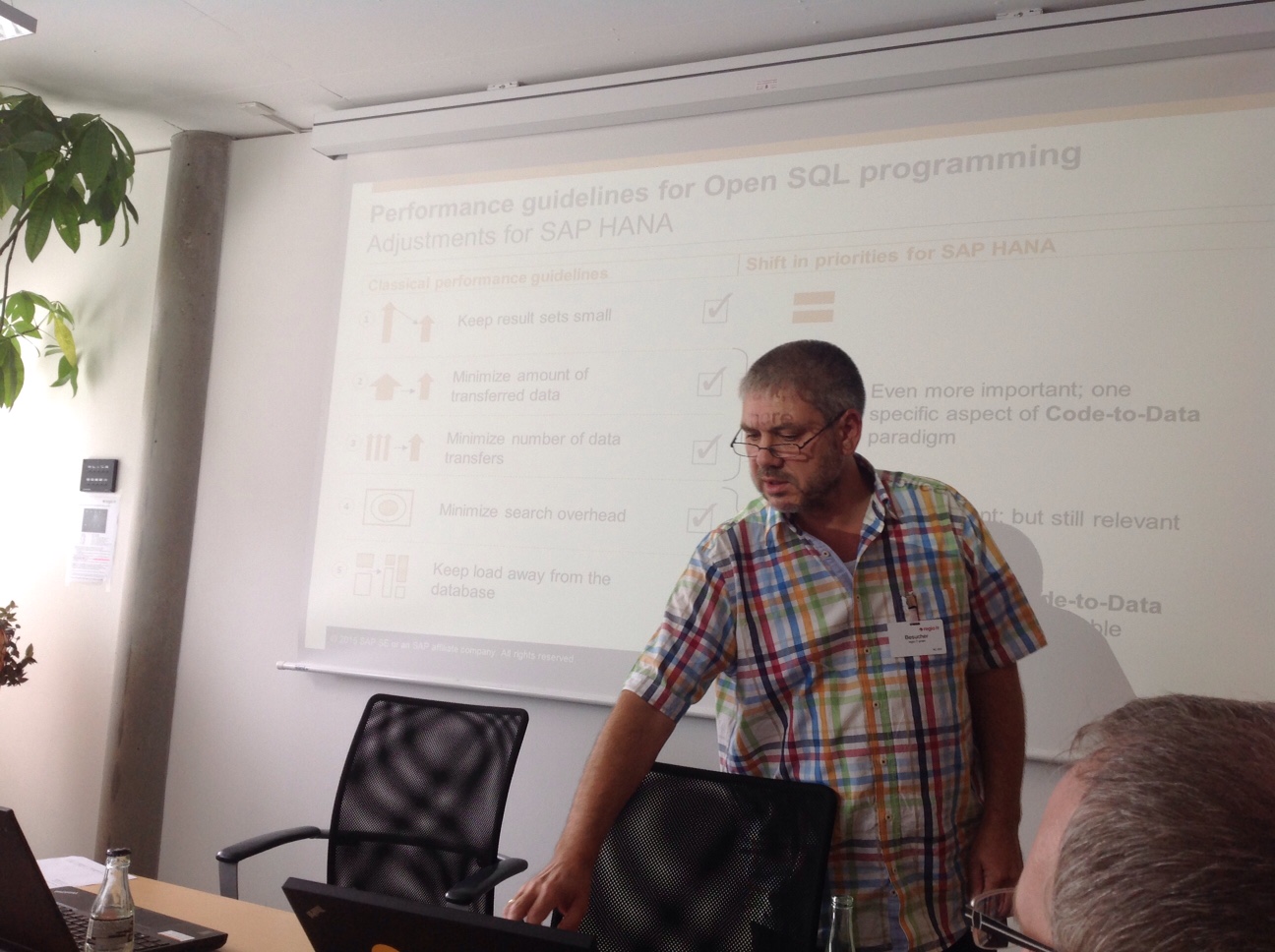 After the introduction everyone started working on the different exercises. The exercises covered quite diverse topics ranging from a short introduction to ABAP in Eclipse to ABAP Managed Database Procedures. Soon everyone’s head was smoking. 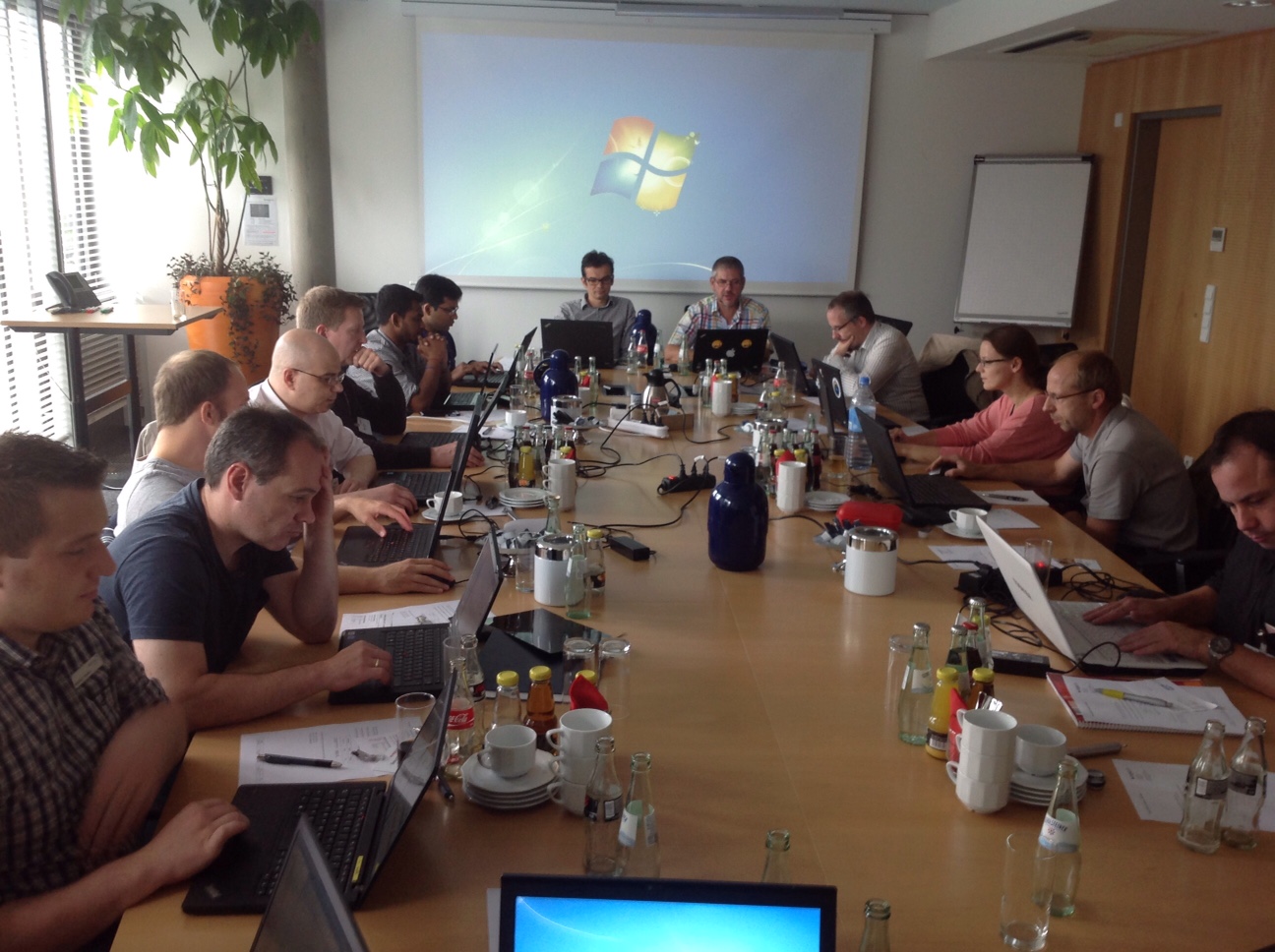 As with every SAP community event there also where a lot of questions and discussion between the participants and the experts. For me the nice thing was the possibility to talk to a ABAP kernel developer. This in the end led to a list of things I’ll have to check out in the next weeks.

Kilian pointed me to the Expression-Orinted Programming section of the ABAP Keyword Documentation that I had missed so far. The examples shown there demonstrate the power of the new language features available in ABAP  7.40.

While discussing expression-oriented programming examples Kilian mentioned the transaction SYNT as a possibility to compare the generated code from e.g. loop expressions to the one generated by a reduce expression. The application help of transaction SYNT states that: “This program is intended only for SAP internal use.” and “The program generates a list or a file which contains a trace of the selected function (syntax check or generation of ABAP/4 programs or screens). This trace can only be interpreted by specialists.” This translates for me to really interesting and worth spending some time understanding.

Finally, Thomas showed us the transaction SEMP_OIA that enables the comparison of queries in the EPM model implemented using different technologies. Comparing the different implementations is definitely also very interesting on non-HANA databases.

After all the exercises and discussions everyone, including me, was of cause very hungry and thirsty. As a result I forgot to take pictures of the nice buffet prepared by a local deli. As soon as I remembered that taking and bloging pictures of the food is one of the important to does for a CodeJam I was only able to take pictures of an empty buffet and empty bottles 😉 … 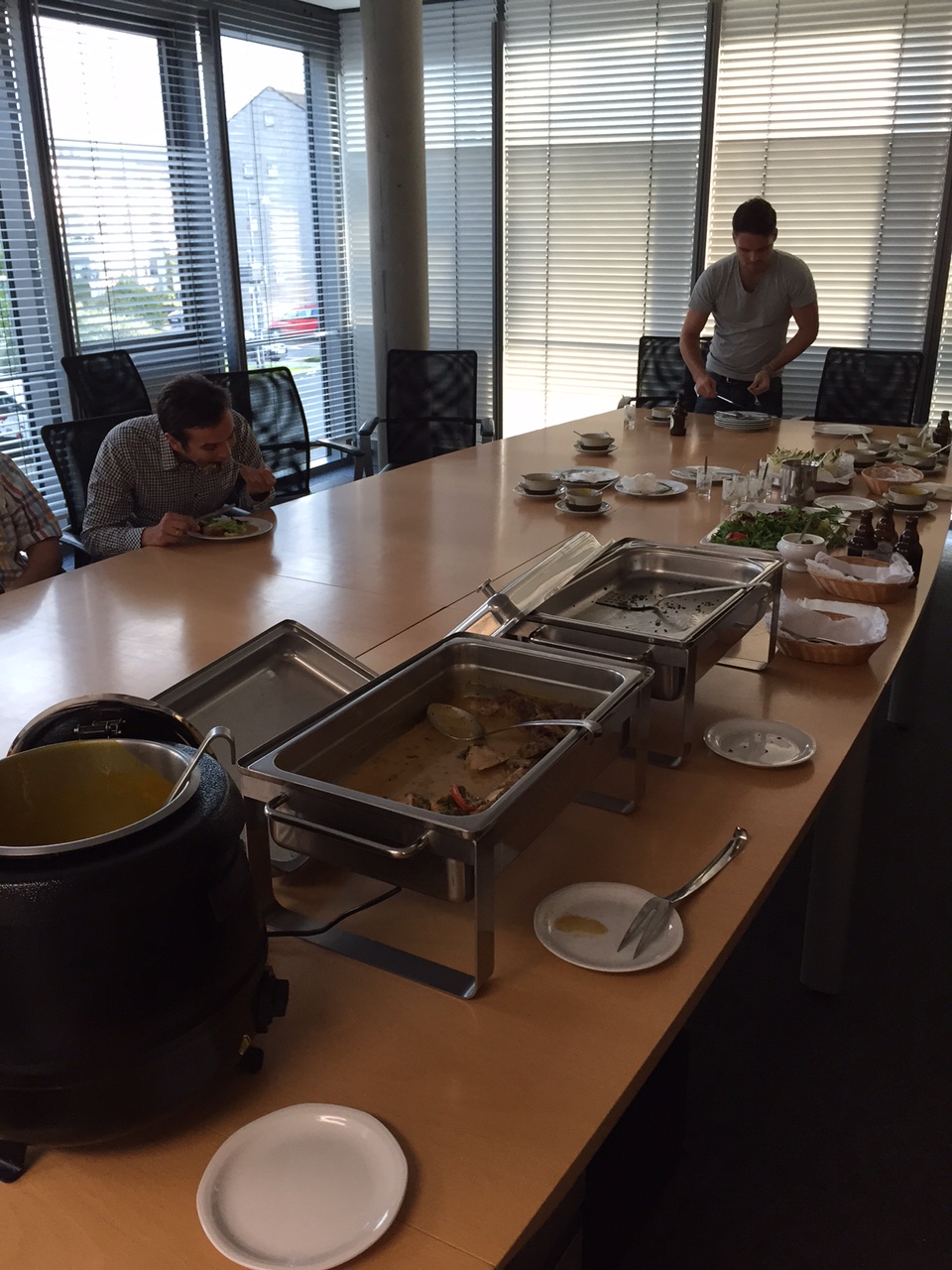 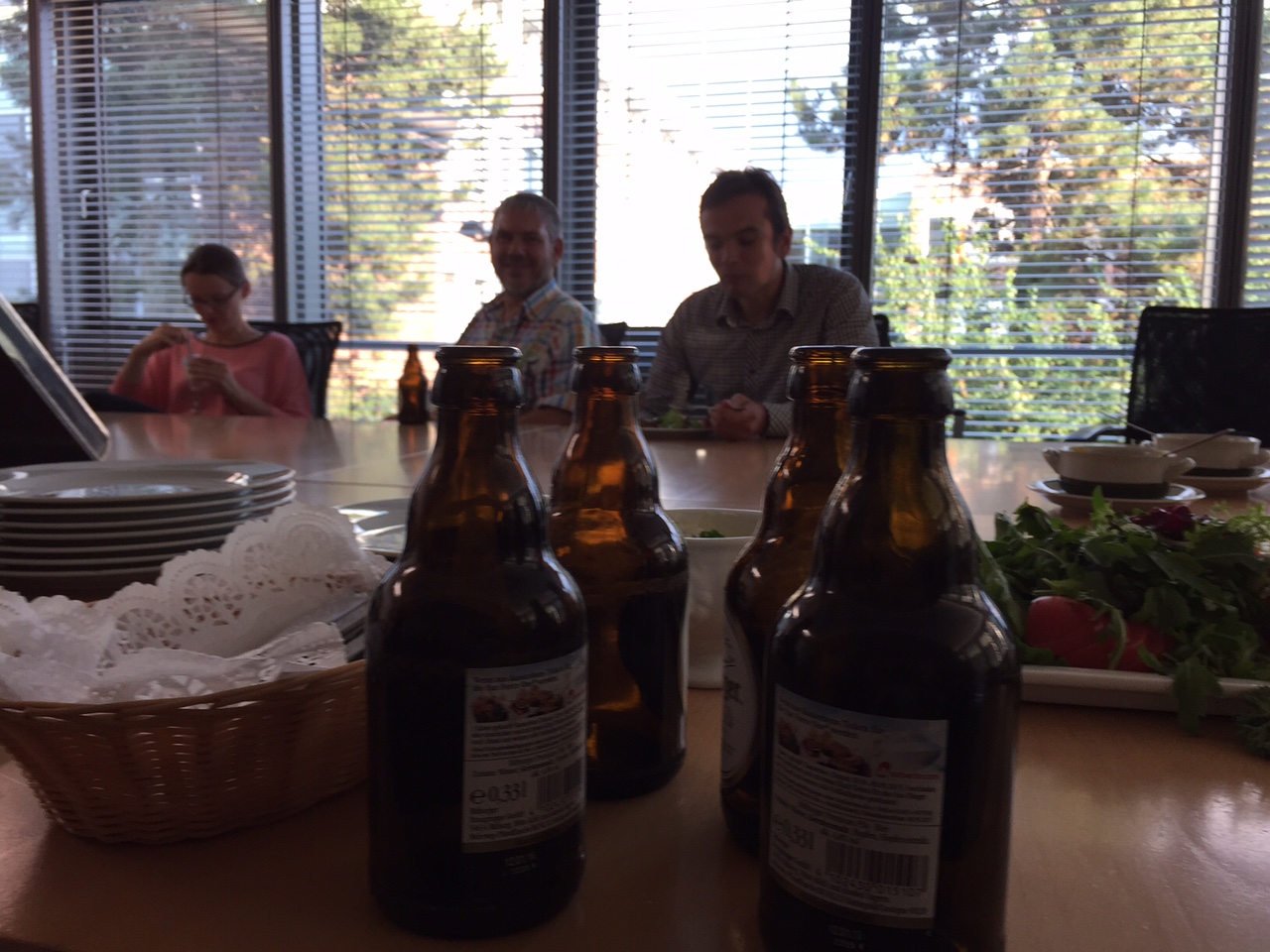 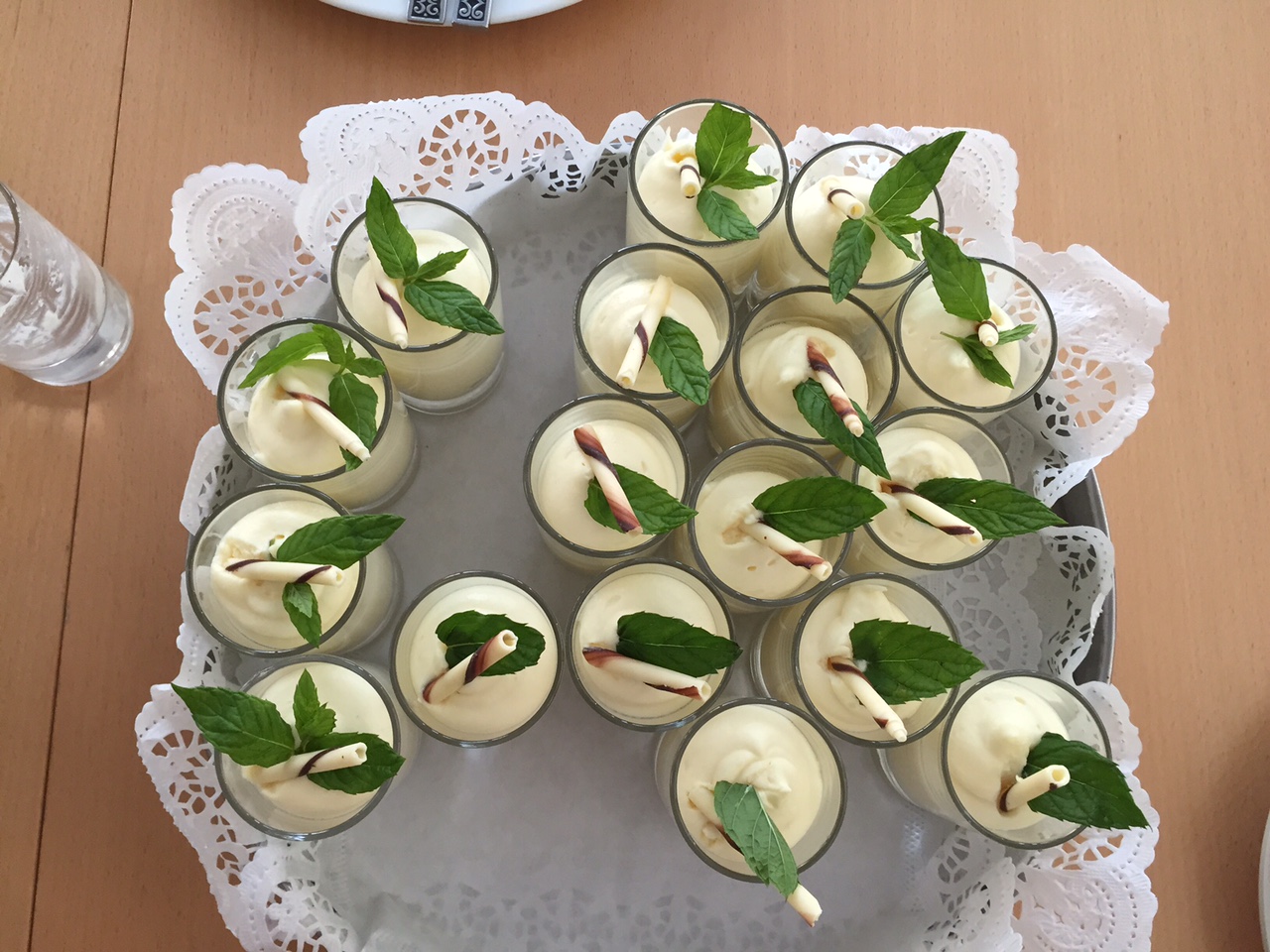 Finally, I want to thank Kilian an Thomas again for the great event. I’m already looking forward to the next CodeJam in Aachen.