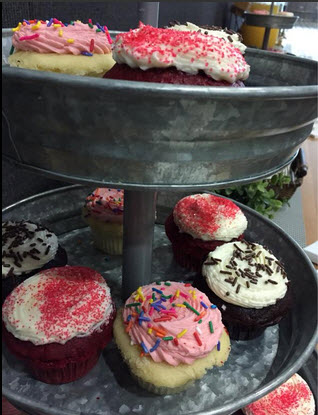 Despite the immense Texas heat outside, I experienced some of the best conference food ever.  The Austin cab driver informed me that Austin has 4 culinary institutes.

ASUG Board Member Keith Sturgill, CIO of Eastman Chemical, recommended to attendees to be “mindful”, be in the moment.  He said he realizes everyone has a day job, but you need to pay attention to the sessions.

Tammy Datri suggested writing notes on the back of business cards.  Chances are you will meet several people, but when you return to the office, you won’t remember everyone.

Some of the other questions were “where can I evaluate Lumira?” – suggestion was to attend one of the many hands-on sessions offered.

After this session there was a speaker networking session, which also had some wonderful food (fried macaroni & cheese).  It was well-attended but not too crowded and even though I wasn’t presenting it was a chance too meet speakers and connect with other volunteers.

After this I experienced a Spinal Tap moment; the flash networking event was on the third floor while we were on the 4th floor and the bank of escalators didn’t stop at the third floor.  It was good to find the third floor anyway because that was where the hands-on sessions were being conducted.

The next day started off with a keynote from ASUG CEO Geoff Scott and author Steven Johnson.  You can see some of the pictures from the keynote from my Animoto video.

One important picture I forgot to include in that video was the ASUG volunteer program committee behind the conference: 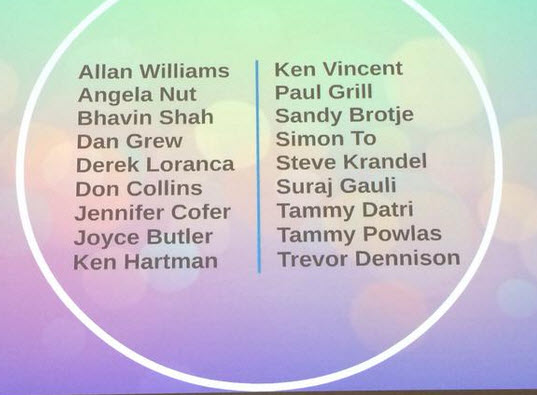 I liked also what Cindi said that ASUG “volunteers make the community vibrant and supportive, influence future”.  With over 150 hours of content, the volunteers reviewed the presentations and worked with the speakers to ensure a successful conference.

Also included in the keynote was a quote from ASUG Volunteer Joyce Butler:

“ASUG Influence the lesser known but most valuable benefits of being a member. Not only do you get to talk to the SAP points of contact and product managers trying to improve the toolset on a routine basis, you get to talk to companies going through the same things as you. And make long-term connections with those people.””

During the keynote, ASUG announced that next year’s conference would be October 18-21 in New Orleans.

Next was a special lunch with keynote speaker Steven Johnson moderated by ASUG News Thomas Wailgum.  Attendees were able to ask him questions.  Once a again, the food was excellent.

The afternoon was spent in more education sessions, which I captured in this video:

At the end of the day I was at the “Expert Networking” tables.  I am not sure everyone knew about this as this was added late to the agenda so I spent time talking with the Data Genius team.  They had their own picture contest: 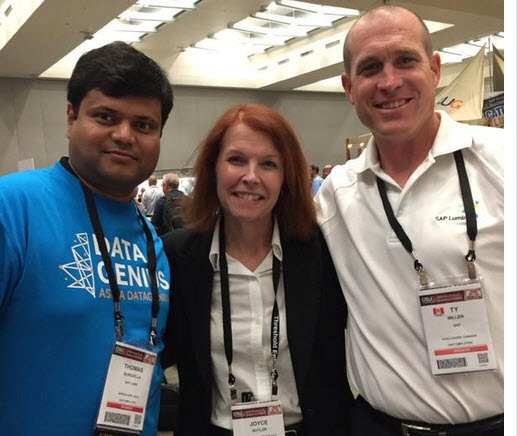 Pictured above is Thomas Kuruvilla, Joyce Butler, and Ty Miller.

The next day of the conference was the SAP keynote and then I spent the day in hands-on sessions using SAP Design Studio and Lumira.  We experienced no technical issues during the hands-on sessions – it went very smoothly. 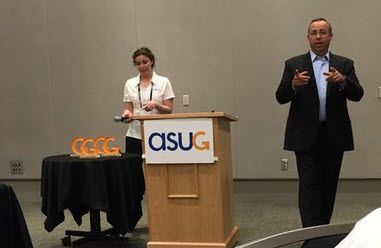 Tuesday was also the ASUG Volunteer lunch. Above is Kaela Altman and ASUG CEO Geoff Scott.  Geoff said ASUG Volunteers are a key differentiator for ASUG.

Some ASUG Volunteers received Service Awards, nominated by their fellow volunteers.  It was nice to see Joyce Butler help award ASUG Volunteer Ingo Hilgefort who is now an ASUG volunteer and was previously an SAP point of contact to ASUG.

That night was ASUG Developer Wars, where teams compete against each other for a charity.  This is better explained in this ASUG produced video:

Dave Rathbun was a great emcee and I enjoyed the presentations. 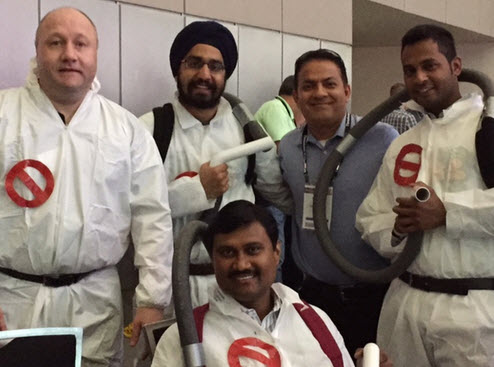 I especially enjoyed the above photo by Joyce Butler of Visual BI team.  Dave Rathbun pointed out that this team (known as Data Busters) let their interns do the demonstration and presentation; their experts were there for the question and answer.

The audience could vote for the winner but I am too slow texting so I failed to vote.  Congratulations to InfoSol’s Dashboard Divas.

Did you miss it?  Consider joining ASUG next month at SAP TechEd Las Vegas, including some SAP BusinessObjects Design Studio hands-on sessions as well.

September 15 ASUG Webcast – What is Coming in SAP BusinessObjects BI4.2

#askSAP September 17 webcast  – open to everyone