Industry 4.0: A Leveler in an Uneven Geography of Opportunity 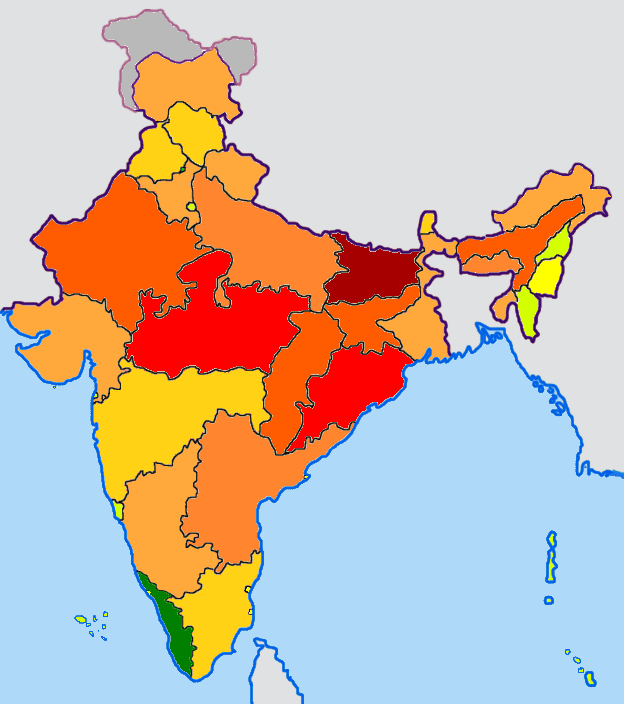 I couldn’t help but disagree with Thomas Friedman’s award-winning 2005 book “The World is Flat” from the outset. Wikipedia’s editors summed up a key argument as follows: “[the title] alludes to the perceptual shift required for countries, companies, and individuals to remain competitive in a global market where historical and geographical divisions are becoming increasingly irrelevant.”

To my mind, and with the benefit of a decade’s hindsight, those historical and geographical divisions remain stubbornly and frustratingly relevant. Even 10 years ago, it kicked up a storm of debate, with other commentators arguing that the world is instead “spiky” – highly globalized and even homogenized in a handful of cities (say, London; Seoul), countries (Singapore; Denmark) and industries (IT; commodities) while still highly disconnected in others. The arrival of the Internet was supposed to mean “the death of distance” but the economic and psychological distance from even East Palo Alto, California to Palo Alto itself still looks startlingly wide, although it is just the width of a freeway crossing.

In the same day that we casually, rapidly do business with colleagues on the other side of the planet, we find few reasons to interact – even online – with people who live within mere hundreds of meters. There are some obvious and incredibly powerful forces at work here: economics, education, privilege or lack thereof. Physical distances between certain people and groups indeed died – but social distances in some cases have widened.

I don’t think this is anything new – far from it – but I think we greatly overestimated the potential of an Internet-flattened world to change it. People cluster, marking out spaces that attract still more people of the same tastes, means, status or interests. Some places, online or offline, “spike” with affluence, poverty, culture, creativity, or what have you.

This is mostly harmless in many dimensions and is a byproduct of freedom of movement – ask a Texan what s/he thinks of California and vice-versa – but it bothers me when I think about opportunity, specifically youth opportunity. Access to jobs, capital, ideas, contacts: many of us in the IT industry enjoy almost unbelievable access to all of these. We have access to occupational propinquity; we work, whether physically or virtually, close to all kinds of opportunity. Proximity matters, and physical proximity still trumps virtual proximity.

For young people who live a great distance from a major airport, or technology or financial cluster, and even for those who live nearby  but don’t have the optimal social networks, this makes the game of life that much harder. Hard work and determination, as always, are the best paths forward, but it places a lot of the burden of self-realization on the individual. We need to cultivate talent, not just hope that a youth has the grit and determination to bring it forth autonomously, laudable as that is. There are great engineering minds in economically disconnected regions of the world – from the banlieues of Paris to Appalachia to Moldova – and they may not have the nerve or resources to launch themselves into proximity with world-class opportunity. We need to find them, and nurture them. It’s our loss as much as theirs if we don’t.

Governments have long made efforts to steer economic development and opportunity into struggling regions; everyone wants a Silicon Valley of their own.  One problem they’re fighting, often is vain, is that ambitious, talented young people leave and never come back, further aggravating the uneven landscape of opportunity. This makes it that much harder for the next talented young person in the disconnected region to envision her or himself staying in place and building a life, a business, and ultimately, local prosperity.  Meanwhile, Seoul, San Francisco or London gain yet more talent for their legendary economic engines.

Creating technology hubs from scratch takes tremendous long-term commitment and many fail; but it can be done. Silicon Valley itself relied heavily on US government contracts in its infancy, and Singapore and France’s Sophia Antipolis stand as proof that governments can successfully kickstart such hubs. Outside the technology industry, there is a long tradition of public-backed regional development projects like the Tennessee Valley Authority, European Regional Development Fund or even the construction of entire cities like Brasilia. All of these were intended to bring development to hitherto “disconnected” areas and have been, at least in some ways, successful.

What, then, is the best bet for public leaders looking to nurture opportunity in economically disconnected areas? This, of course, is the (multi) million dollar question.  One viable answer, articulated by this SAP e-book, is the Fourth Industrial Revolution or Industry 4.0: “governments and industry associations see clear opportunities for using a new manufacturing environment to support long-term job creation and economic growth. It is a truly global topic as both traditional industrial nations and emerging economies seek further automation to produce, reestablish, or grow their manufacturing base.”

So-called rust-belt communities – and their sometimes hard-hit workforces – can upskill and leverage their longstanding manufacturing strengths, allowing them to produce in new ways. Regions without an industrial heritage are also poised to benefit, as Industry 4.0 encompasses smarter, more sustainable agriculture and clean energy generated away from population centers.

Each successive industrial revolution has propelled new regions and populations on to the world economic stage, allowing them to more fully contribute to the human endeavor. There are many more people, from places near and far, that are not yet able to help us all advance. If governments harness Industry 4.0 to help connect those people and places, we can start to close some of the gaps and realize the benefits of this talent.

More in this vein: https://www.newamerica.org/nyc/extraordinary-entrepreneurs-unlikely-places/