This was the first education session I attended at this week’s ASUG SAP Analytics BusinessObjects User Conference in Austin.

The typical legal disclaimer applies that plans for the future are subject to change. 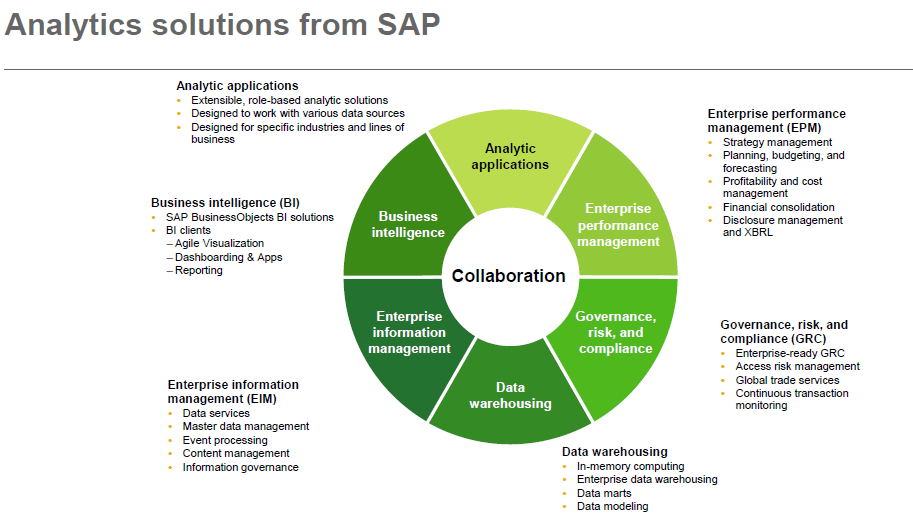 Analytic solutions include lines of business, marketing and sales 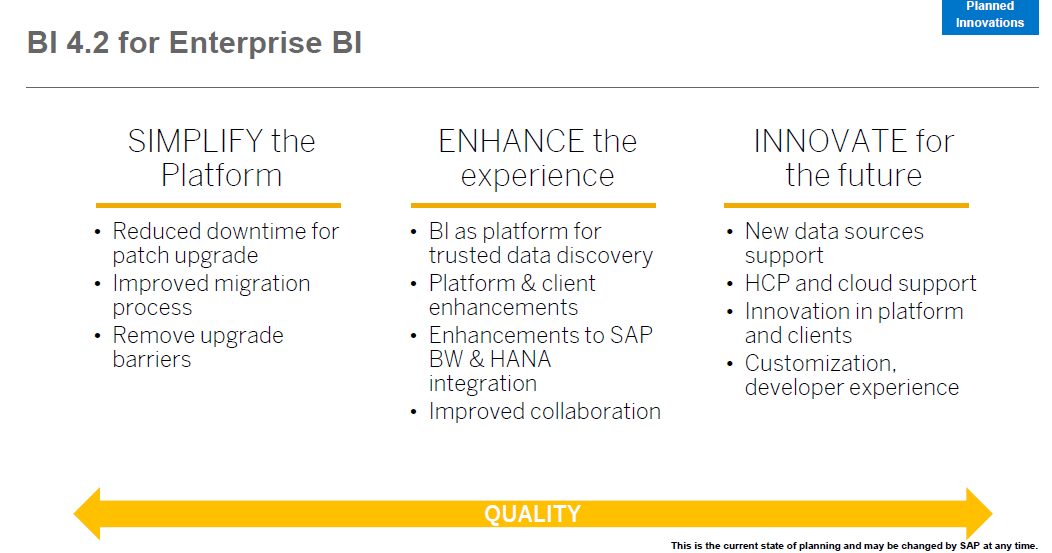 Enterprise BI has traditionally focused on IT helping with the solutions such as Crystal, Web Intelligence

One of the themes for BI4.2 is to help IT to simplify platform and make it easy for business users 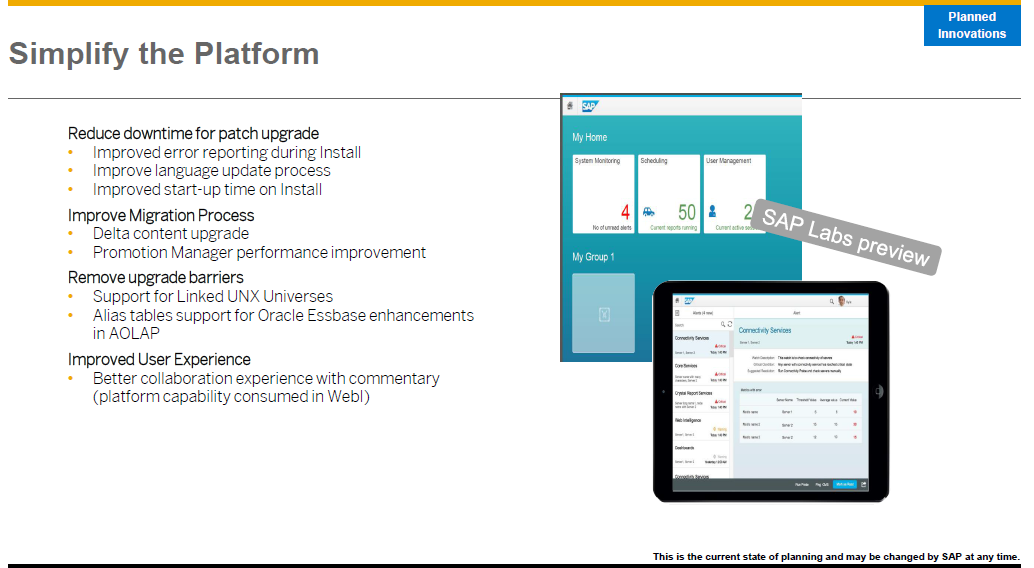 Figure 4 shows that SAP wants to “make it easier to update to BI4.2” to run more quickly including improving the language update process

BI 4.2 is the platform to provide support for linked universes

With new UNX universe you could not use linked universe prior – now bring this functionality to the core universe in BI4.2

User experience around collaboration will include adding new annotation feature  – discussion on the object itself; Web Intelligence will be the first to use.  Next clients for this include Design Studio & Lumira (planned) 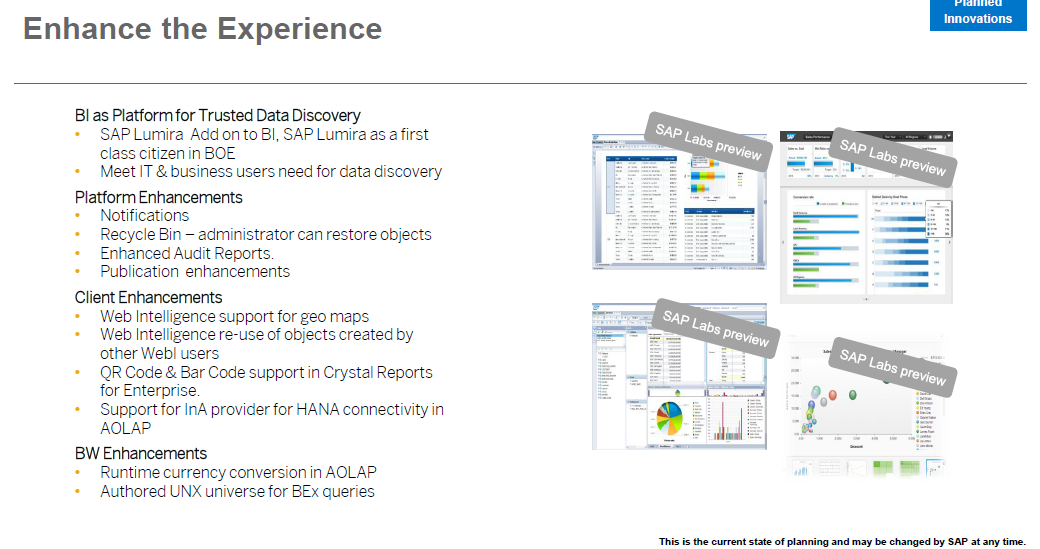 Notifications planned to be part of the public API’s

Recycle bin – this is for when an IT person has deleted object from BI system, and user wants it back – same idea as Windows – bring it back

Web Intelligence will have better geo-spatial support, support for InA for HANA 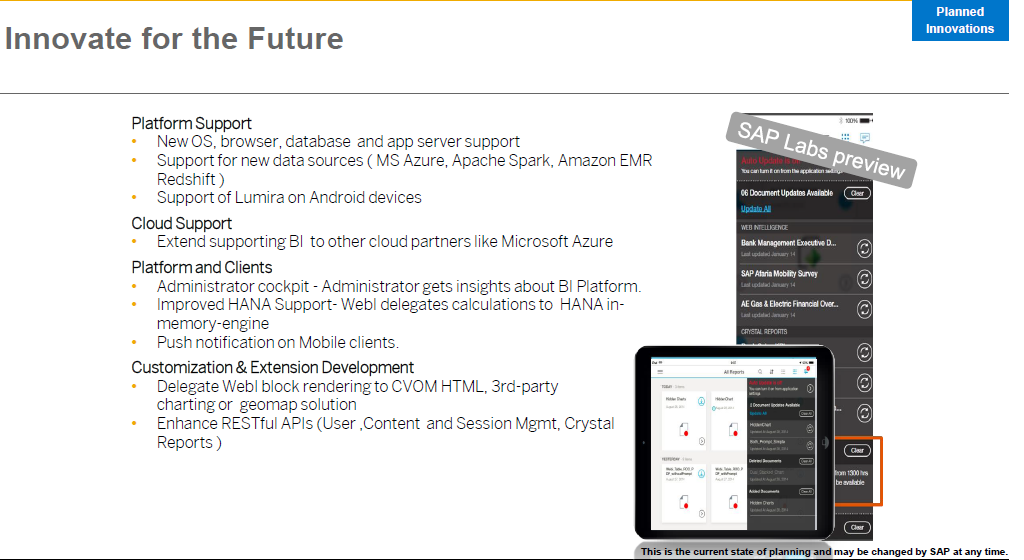 Run BI on cloud partners – today support Amazon to support BI Suite, working on adding MS Azure so as IT won’t have to manage BI Platform yourself

Lumira “covers 98% of what Explorer does” 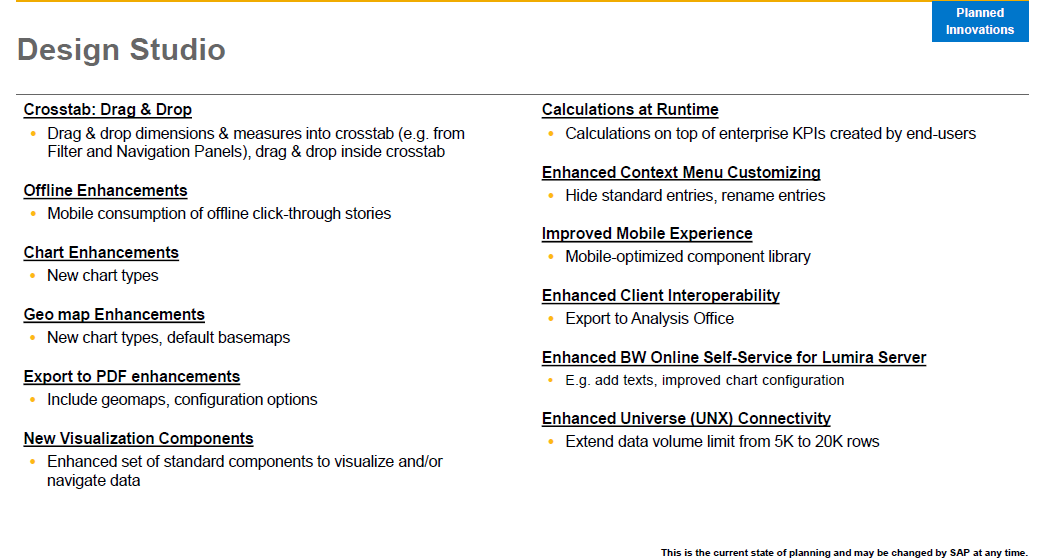 September 15 ASUG Webcast – What is Coming in SAP BusinessObjects BI4.2

Useful information, Thanks for sharing.

Looking at Figure 4 gives the impression that the CMC is getting a Fiori-style makeover.  I also recall seeing an earlier BI Roadmap slide indicating that the BI Launch Pad would be redesigned to look like the Fiori Launchpad.  Was there any discussion about this?

Hi Mustafa - it wasn't specifically discussed at this roadmap session

Thanks for pointing me in the right direction.  The detailed breakdown of the Usability Testing at ASUG SABOC for Simplified BI CMC, Simplified BI Launchpad and SAP BusinessObjects Mobile on SAP Fiori UX suggests that the entire BI UX will eventually be transformed into the Fiori UX.

ASUG SABOC sounds very interesting. Sadly i am not an ASUG member and DSAG seem not to provide such a conference =/

Hi Michael - you don't have to be an ASUG member to attend the conference.

Has there been any discussion about how long UNV Universes will be supported?

Hi! Tammy, Thank you for sharing the link but the pdf is password protected. I am a SAP certified BI professional, can I get access to this document.

Hi - you need an Service Marketplace ID to access the document.

Ok! Thanks but any similar document available for public access?

Thanks for confirming it.