Fist of all I will identify the problem of populating complex DataObjects while starting SAP BPM process via Java api.

I used to write such boiler-plate code to populate  complex DataObjects while starting SAP BPM process via Java (see Fig.1):

And for nice and small DataObjects, in BPM processes this approach works well: 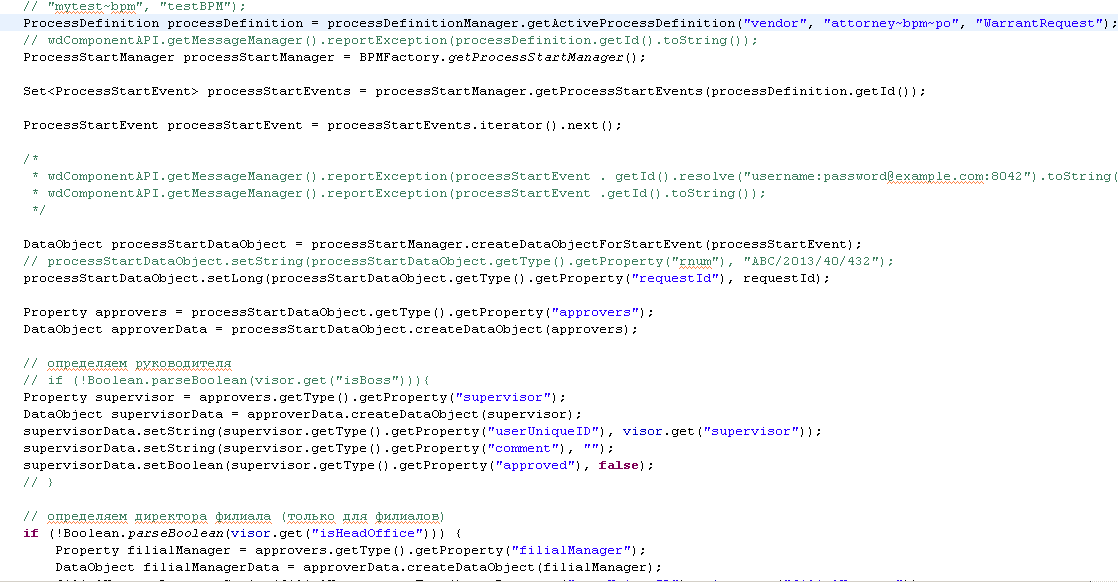 But what if we have ugly big DataObject, and we have to repeat this step again and again from one project to another… I suggest to use some custom code for creating

XML from Webdynpro context and JAXB for creating java objects presentation for DataObject XSD defined in process and for populationg this objects with values.

Step 1: Generating POJO classes based on DataObject XSD with JAXB.

This step will require ready-to use DAtaObject XSD and installed JAXB plugin for Eclipse.

Than click on XSD file with right mouise button and go >Generate>Jaxb classes.

But I have found some bugs that are related with portal user locale (for differentuser’s  locale there will be different getAttributeAsText presentation, and no escaping characters in this example, so later I place here link for my XML generator class)

Step 3: Populating generated java objects from created XML during runtime (if we need to work with POJO).

While we have String object xml and generated via JAXB classes we can populate last ones with help of such code (Fig. 3):

Step 4: Creating DataObject from XML (or from POJO)

So now we can pass this DataObject to SAP BPM API fig. 5