In Part 1 we looked at the basic meta-data information from BEx queries and how this meta-data is supported (or not) in SAP Lumira. As next step I decided to look at the support for BEx variables.

So I started with a very simple BEx query containing a set of optional BEx variables and as part of the data acquisition in SAP Lumira I was prompted to provide the values. 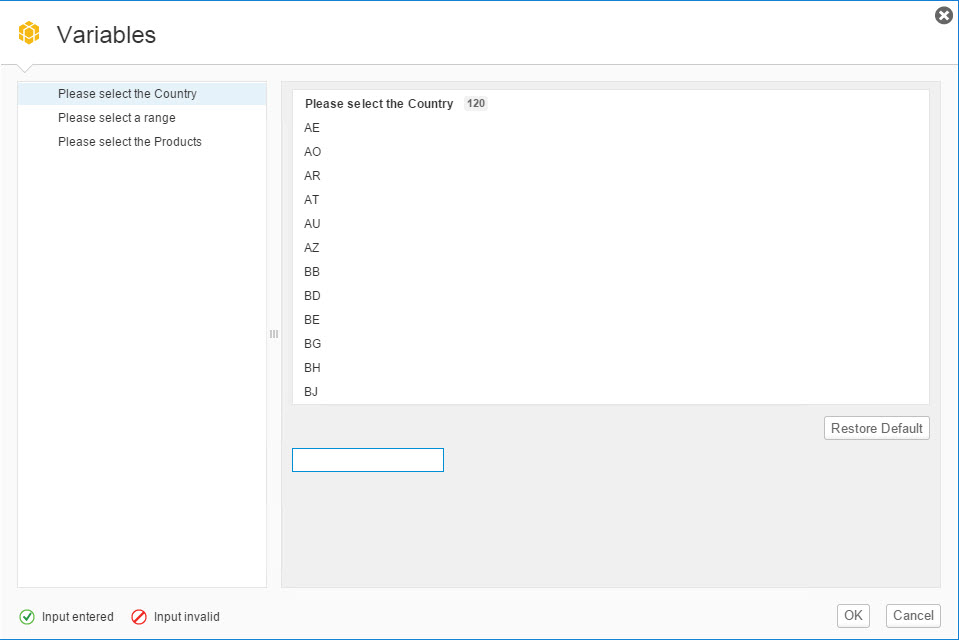 As you can see in the screenshot above, I was able to simply click on “OK” as all my BEx variables were optional – so that answered the first question if SAP Lumira is able to differentiate between optional and mandatory variables with “Yes”. 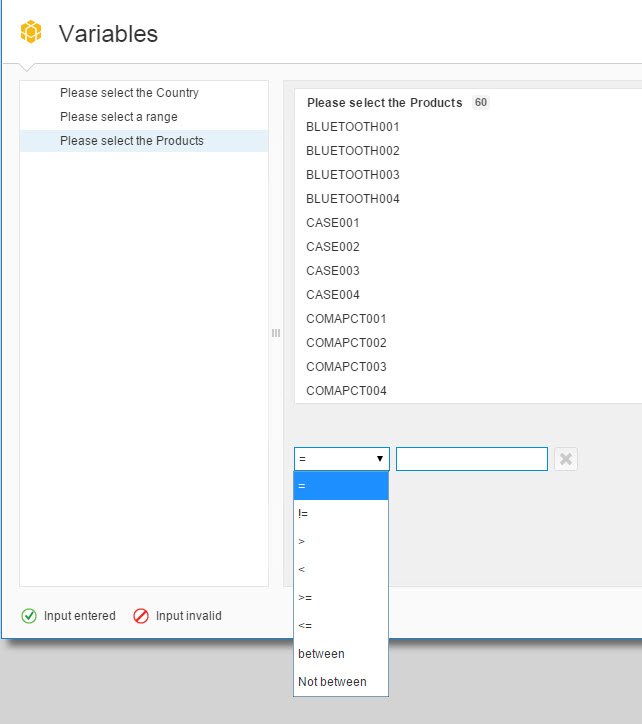 One of the listed variables is of type “Selection Option”, so I wanted to see how SAP Lumira is able to handle that and the screenshot above shows that the user does get the list of operators and below you can see that the user also has the option to create multiple entries. 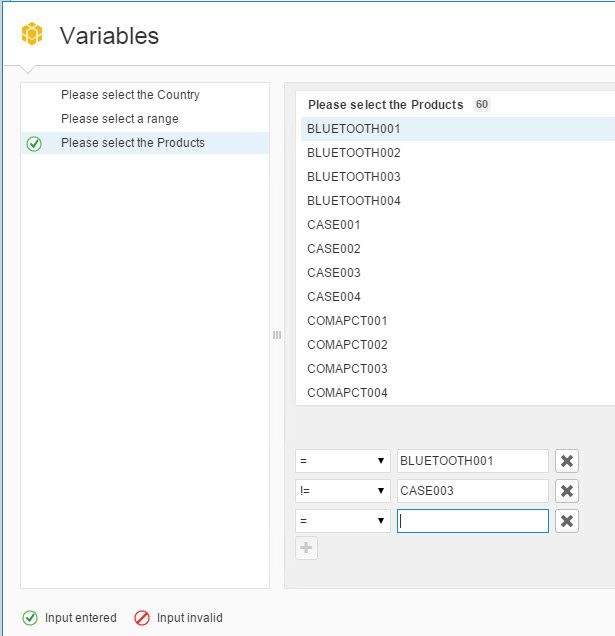 I was great to see, that the concept of the Selection Option variable was nearly fully supported but I was missing the option to work with patterns using an operator like “Contains Pattern”.

After I had entered the values and finalize the data acquisition I wanted to see how SAP Lumira provides the user the ability to change the values for these BEx variables when the document is being refreshed. 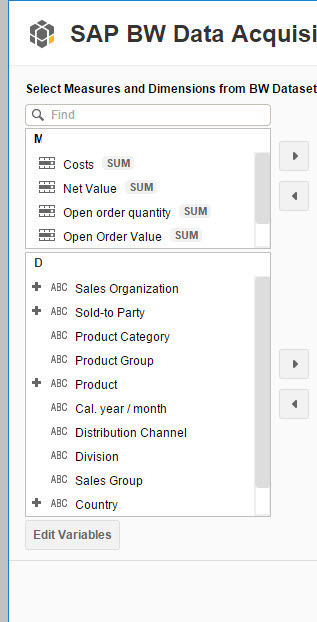 The user has two options to change the configured variables values. Either the user simply refreshes the Lumira document and changes the values in the prompting screen or the user goes to the menu Data and uses the menu entry Edit Data Source where then the user can also use the option to Edit the Variables – as shown above.

Then I used a query that was using a BEx Variable with Default Values for the variable and SAP Lumira – as shown below – had no issue showing the configured default values. 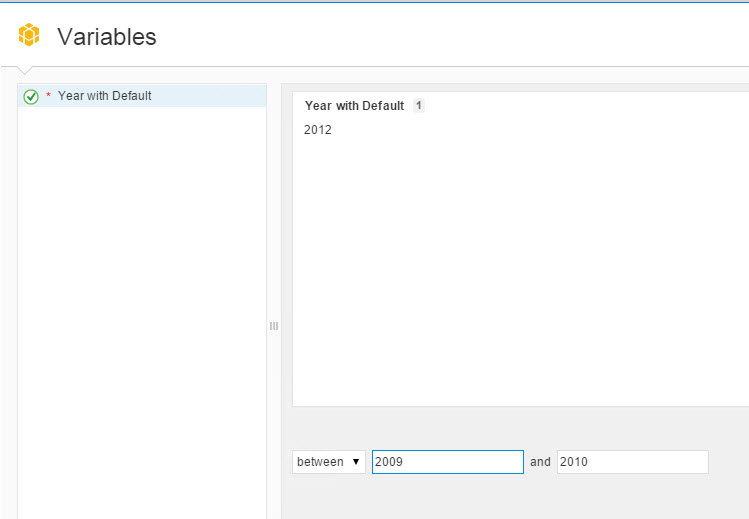 After that I moved the variable into the DEFAULTS area in the BEx query designer (not to confuse with a default value for the variable itself) and then I received this message from SAP Lumira:

In case you are using a Hierarchy Variable, the user will get prompted to select a hierarchy, but SAP Lumira does not have a concept yet to adjust the meta-data and data set for a situation where the selected hierarchy is changing based on a hierarchy variable – so in short this is not supported yet.

When I used a BEx query with a Hierarchy Node variable I received this….. … and I had no issues selected the needed nodes or leafs and get the needed data from the underlying BEx query.

A combination of a hierarchy and a hierarchy node variable did not work correct, based on the missing support for the hierarchy variable.

So a few additional comments:

I updated the overview – which can be found here: SAP Lumira support for SAP NetWeaver BW

Like this series of blogs which helps me know and understand the restrictions on current version of Lumira.

Hello. Manual entry of Key values is possible as part of Selection Option variable support. The use of the wildcard pattern (*) as part of the Key value is permitted.

A value followed by a wild card (for example, 3*) does not work.

Other usage limitations: Input by pattern match will not trigger associative highlight of selections in the list of values UI.

I read the first piece of this and tried to see medium or long text for a hierarchy. No matter what I do to configure text at an infoObject level I always see the short text.

Am I missing something?  Our users configure stext with the same value with no detail, so without this it is useless.

And I did see it was supported on this post.SAP Lumira support for SAP NetWeaver BW | SCN

when I was testing it, all I had to do was to change the setting in the BusinessExplorer setting directly for the InfoObject and change the "default" for the BEx display settings to the text that I wanted. Any query settings were getting ignored.

You most likely also have to restart Lumira and get a "fresh" session from BW to see the difference.