SciFi 2036: Why the Cloud is Evaporating

This is not meant to be a prediction and is probably as close to the real future as our planet is to Asgard or the nearest other planet with evidence of live. This is pure science fiction.

However, it does have a purpose: I do want to challenge those consultants, analysts, vendors and users of HR software, who believe they actually can predict the development of IT over 20 years and are ever so sure that the cloud is here to stay even beyond the usually foreseeable future.

It’s also meant to be some fun 🙂

This is not saying I would like to or expect to see the cloud go away. This is to get people away from thinking in linear trends only and to get them to expect the unexpected instead. Don’t get caught out completely unprepared by those Black Swans. 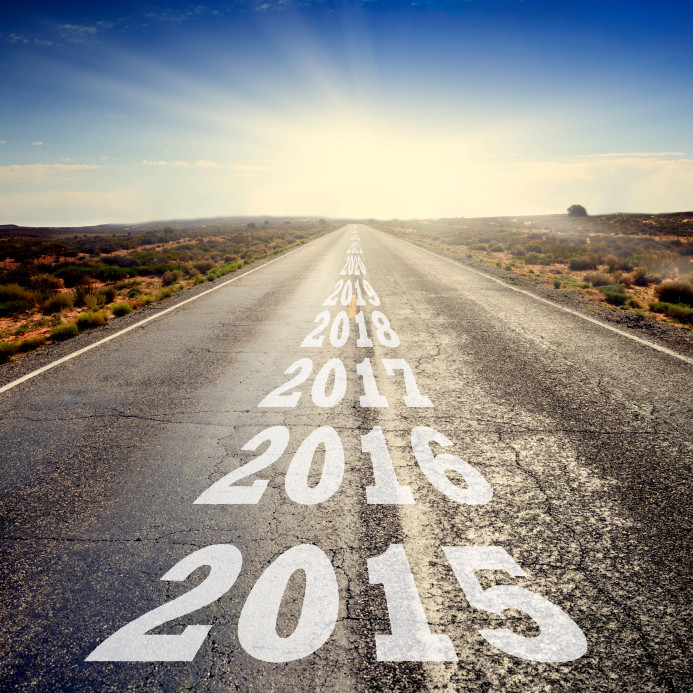 SAP’s CEO, speaking from the global King’s Cross headquarter of SAP’s consumer business subsidiary Google, an SAP company, announced the end of SAP’s HCM cloud solutions today. Customers will be supported to the migrate to the on-site-distributed model within the next 5 years. In this model, organisations host and control their own software and data.

The cloud had been SAP’s focus technology in all of HCM since 2015. After some problems due to exploding cost for customers it eventually became a success, because new technology made data centres cheaper. Initially, margins had taken a beating, for 2 reasons:

And now, the very factor that saved it in 2020-2023, a huge increase in processing power, is now spelling out it’s demise. The new generation of database and application servers based on HANA-photon replacing HANAv12 is now actually turning the tide and makes – together with other technical advances – the cloud unnecessary due to it’s unbelievable processing power.

HANA-photon supports the distributed model of light computing, where the photon replaces the electron. This creates a processing power undreamed of even 10 years ago. It allows for a distributed model where the average corporate system is made up of millions of autonomous entities “living” in light processing units across the whole organisation. They are self-coordinating and self-replicating with each unit of information usually existing in at least a hundred different places – ready to self-repair, if even one of them gets lost or damaged. So, data security is a non-issue.
The other big advantage of the cloud so far (it took some people some time to realise) was data privacy in their well protected data centres – actually the last bastions of the whole concept of data privacy, until it had been made a mere illusion of the past by the arrival of new processing power. Interesting how fast culture has followed technical reality. It’s now a few years that I’ve heard those lame water cooler jokes last time: an unknown colleague would join you, you greet her by her name and want to offer help with her latest project that sticks out from the information your implant provides instantly and congratulate on her pay rise, but instead you try to be funny and say “Ha. You are probably to young to remember, but there where times, when I wouldn’t even have known your name, Jess. We used to do these stiff introductions back in the days. Very awkward”. 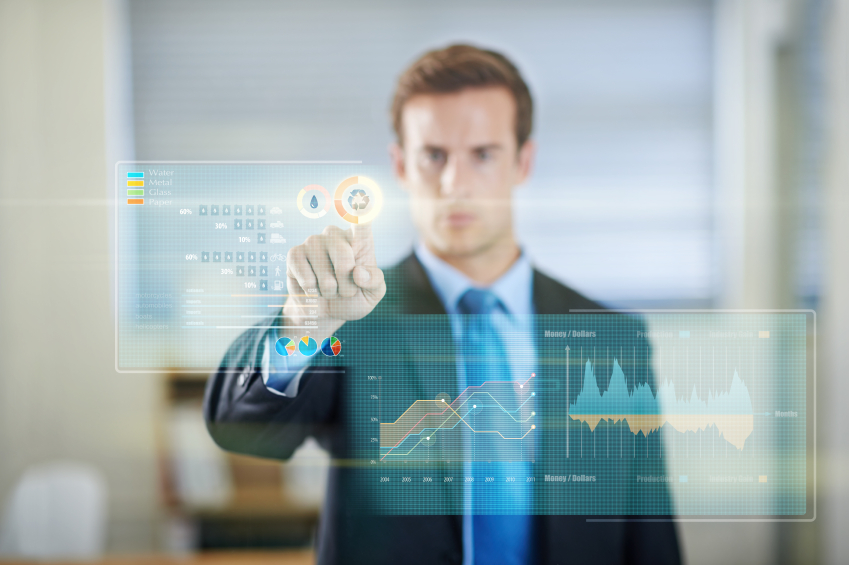 So, yes, data privacy is a concept of the past and doesn’t stand in the way of giving organisations their systems back and put them back in the driver’s seat. And this is where the enormous computing power of HANA-Photon and a few other clever concepts come into the picture: in the old days, customers changing their own systems  (called on-premise, the historic predecessor of on-site-distributed) made it very difficult for the software vendor to manage upgrades In fact, they didn’t manage them. They just gave every customer the same coding and left them fighting with the unavoidable clashes on their own. That’s what made the success of the cloud: everybody uses the same code. No changes, but easy upgrades.

Today, in the new model, upgrades are managed proactively. Whatever a customer is changing, the SAP’s change management layer is monitoring and automatically decides on the best alignment strategy with the changes made by the product development team in that same release. It will make small amendments or build a so called wrapper. Either on the vendor side or on the customer’s system (no risk – each piece of code is held a hundred times in autonomous entities as explained earlier, only 40% are changed and set inactive for now. Then, at every weekly update, it’s like a shift change. The 40% take over instantly. Downtime max 5 seconds. And then the other 60% are updated (except for one instance, which is archived for tracking as well as possible fallback). It is amazing, what the factor of 7,000,000 in processing power does. The system is programming itsself for this upgrade alignment. 3bn changes across all customers per year. Only 50 millions of those need any human intervention. Easy for SAP’s 200,000 support staff, all based in low income countries like France or Spain – only 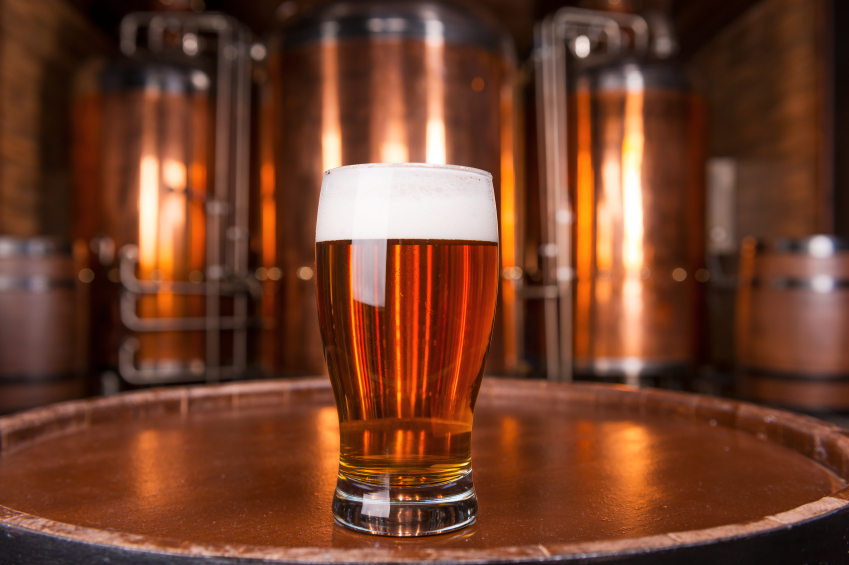 few people are left in India to avoid the enormous labour cost in South Asia.

And now SAP’s young CEO Frank Akwatagibe from Nigeria is explaining this strategy, which I find overwhelming. Will customers and partners be able to deal with this change?

Yesterday, I talked to retired IT consultant Luke Marson Less than 25 years ago he had been in the spotlight for the impressive way he managed the big transition from the old “on-premise” model to the cloud. I met him in his home in Southern France: an old Brewery he bought in Belgium and brought it back to its former glory here in the a Provence. “Wouldn’t you be tempted to get back into the saddle and help customers with another big transition?”, I asked. “Oh no, that’s for younger people.”, he replied. “The weekly upgrade I care about these days is the new recipe I apply in my microbrewery each week. This week it’s a classic old Czech Pilsener. Try!”

Again: I don’t believe / predict this or anything else in particular  to happen that would make the cloud concept obsolete. I would be really surprised, if any of this would happen as described (Except for Luke Marson’s Brewery. I wouldn’t be surprised about that.)

I just want to get you to remember, how disruptive technology changes could make all predictions obsolete play against linear trends.

Sven, this is brilliant! And I'll definitely be a customer in Luke's brewery when I pass through Provence in the future...

Seriously, as a 20-year look-ahead, this is probably as likely as any other prediction we've seen.

working on my career as a writer in case I don't manage the on-prem to cloud transition. But I think I'll be better at history novels. Going after George R.R. Martin.

Who knows, maybe security becomes such an issue that we have to revert back to paper based processes...

Anyway - after having killed a two hours delay with Cognac from the BA lounge in Munich, I think this was a better idea than writing an ABAP...

Right, because we have a 5000-year history of defending a giant ice wall against zombie invaders while dragons roam at our backs... 😉 Actually, Martin's novels are inspired by the actual historical Wars of the Roses, so maybe there's something there.

Wow: looking at this research, 2036 might be a very conservative estimate for "HANA-Photon". Science is progressing at the speed of light - hold on a minute: that's not saying much any more...

Actually the model of the "private cloud" with SAP managing deploys to your own data centre coming very soon with CloudFoundry and HCP!

If you're looking for more SciFi like ideas though, my personal thoughts (also echoed by some important people like the NSA) are that when quantum based computing becomes available we will see a breakdown in current cloud based infrastructure as current encryption of communications will become obsolete. Meaning companies will not be able to trust web communications.

The answer will be key exchange by quantum entanglement, but the methods and processes for distributing one half of an entangled qu-bit are even further in infancy than the computers that can process them. So whilst we wait for technology to catch up with the hackers, we will resort to sending thumb drives containing encryption keys to each other to secure our comms. Or perhaps we'll have a new cloud based key distribution network with each device being issued it's own encryption keys, or perhaps we'll come up with a remote key based solution that isn't quantum hackable (NSA is working on this, but I'm not sure it would actually be possible although they seem to think it might be - see NSA Suite B Cryptography - NSA/CSS ) Any which way there will be some big challenges in the cloud space in the future!

Every Ying has a Yang...