Kumara Chokshanada Sangakkara a.k.a., Sanga, a left handed top-order batsman who is the all-time fifth highest run-getter in the world. He made his test debut in 2000 and had a prolific 15 years of test career. He is currently placed at number 5 in the ICC Test Ranking. In 15 years of test cricket, he scored about 12,400 test runs with an average of 57.40, which includes 39 centuries. 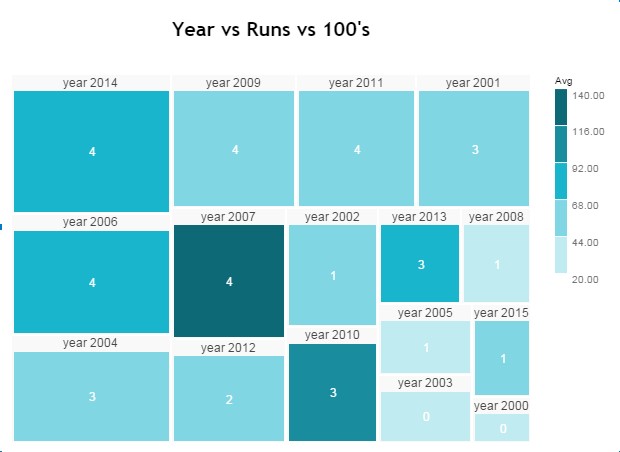 Out of the 39 centuries, he has scored the most of it playing against the Black Caps. The visualization also consists of a tag cloud chart, indicating the centuries scored by him against each country and the range of colour indicates his highest score for each of that country. . 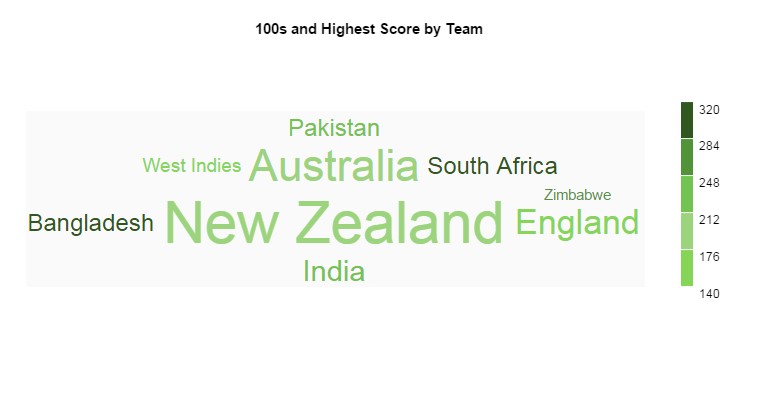 Sanga played many matches in home and away. A comparison of his overall average, average of his runs scored at his home country and other countries is represented below in the Combined Column Line Chart with 2-Y-Axes. 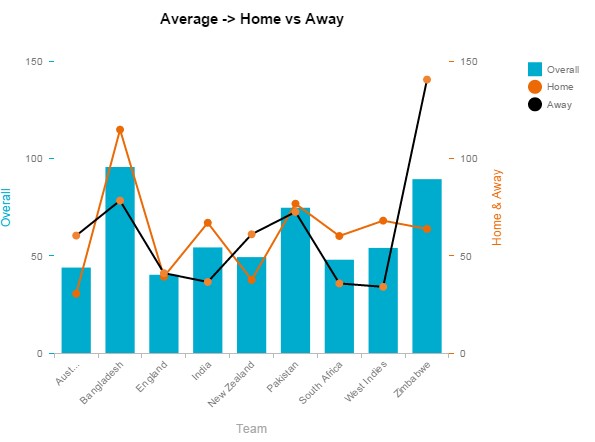 Most of Sanga’s runs were scored from the first 3 sessions of his test career. Sanga himself, likes the second session, who has an average of 68.29. The chart below indicates runs, average and centuries scored in each of his sessions. 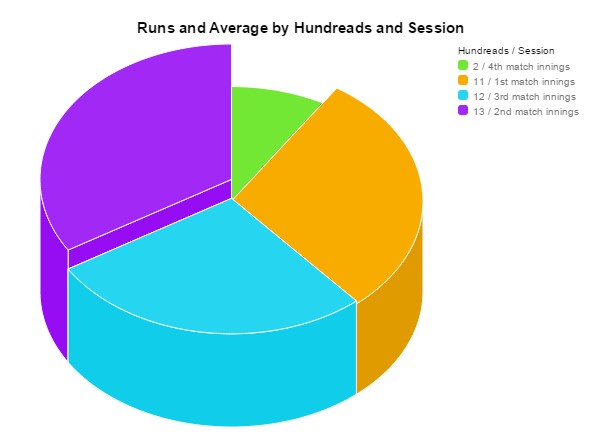 Home ground is always special for any player. Here is a map that representing his home ground performance, indicating the number of matches played and his average in each ground. 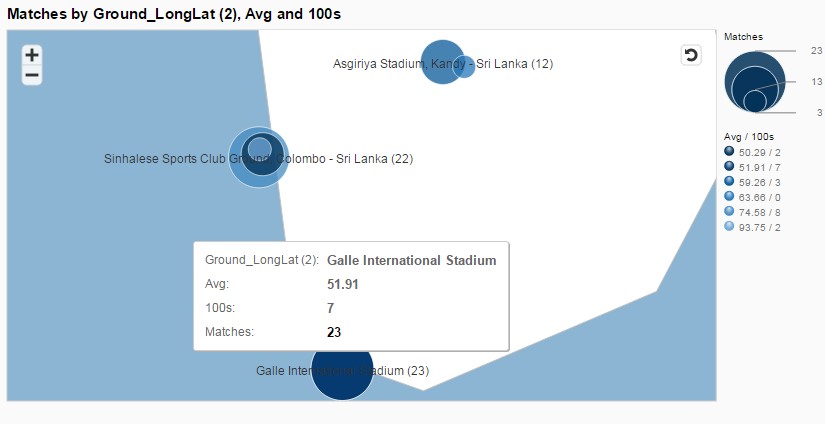 Sanga has played under 7 different captains. He was a captain himself for 15 matches, and won 5 of them and lost 3 matches, the rest ending in a draw match. He scored 1601 runs with an average of 69.60. A column-line graph indicates his run average record under different captaincy that he has played. 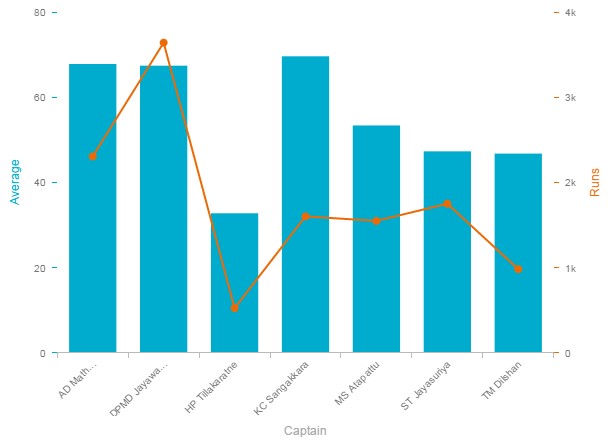 Sanga’s maximum dismissal in his whole career has come from right-arm fast bowlers.

A few tweets about Kumar Sangakkara to cherish:

It wasn’t to be in this match but what he was for SL cricket is something that you can’t take away. Very proud of you mate.

Well played @KumarSanga2. You have been a terrific ambassador for the game & a thorough gentleman. Warm welcome to the club of the Retired!

Thank you @KumarSanga2 you leave the game as one of the greatest. #SangaSignsOff