SAP Australia User Group National Summit (nicknamed SAUG Summit) took place last week in Sydney.  I was asleep during most of the event – so what happened?  Taking the easy route, I reused what I created here: Following SAP Inside Track Joinville with Twitter 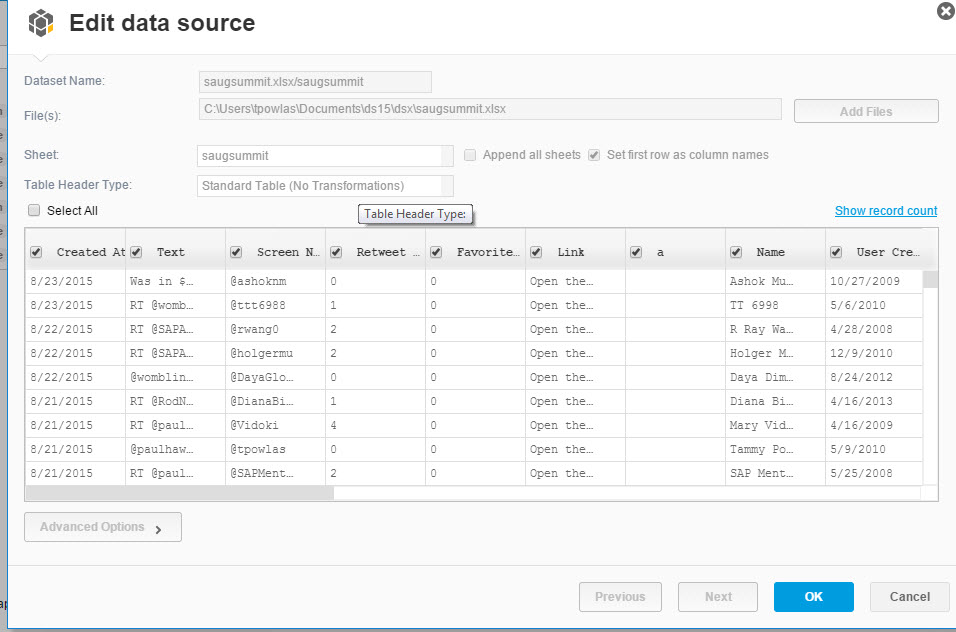 I changed the connection on the previous document.

SAP Lumira Desktop tells me the connection was updated 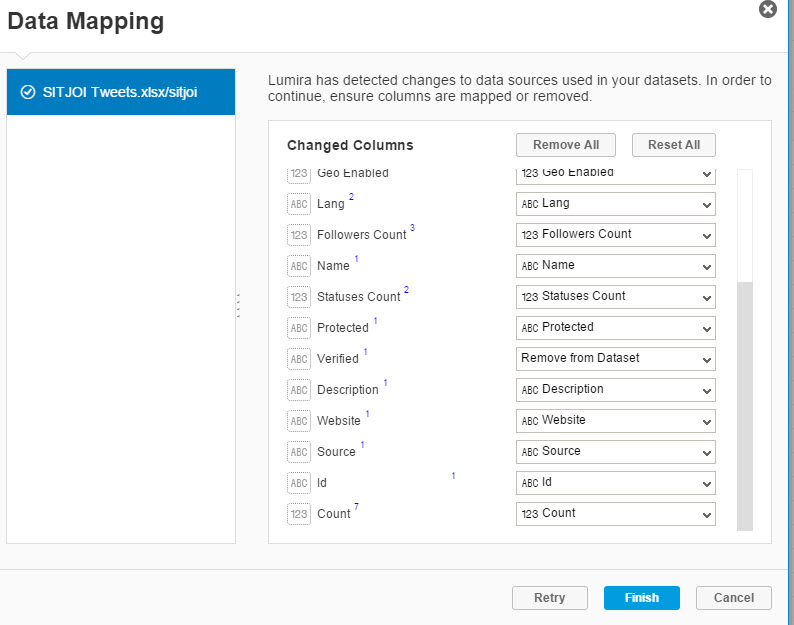 When I go into the SAUG document, I am prompted for re-mapping.  I can remove extraneous field. 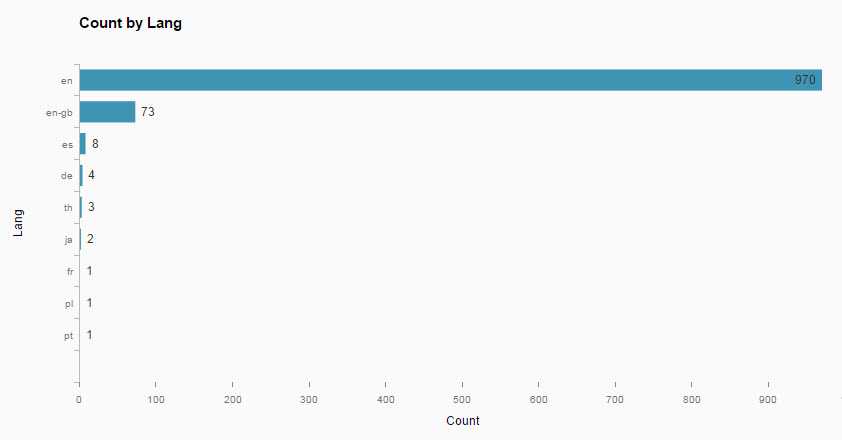 The visualizations are updated – and of course, the event being held in Australia most tweets are in English, but this is the first time I’ve seen en-gb (Great Britain English) 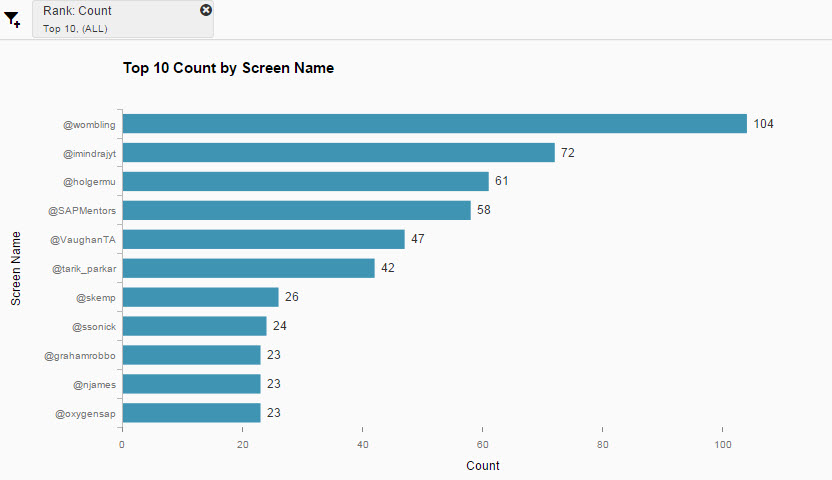 The above shows Chris Paine had the most tweets at 104. 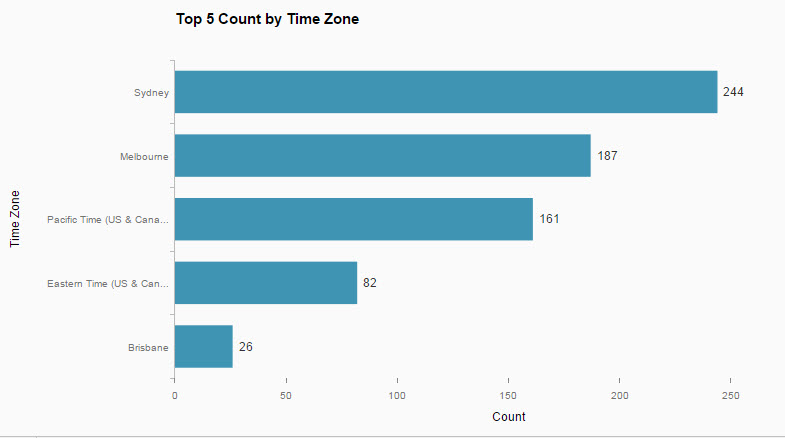 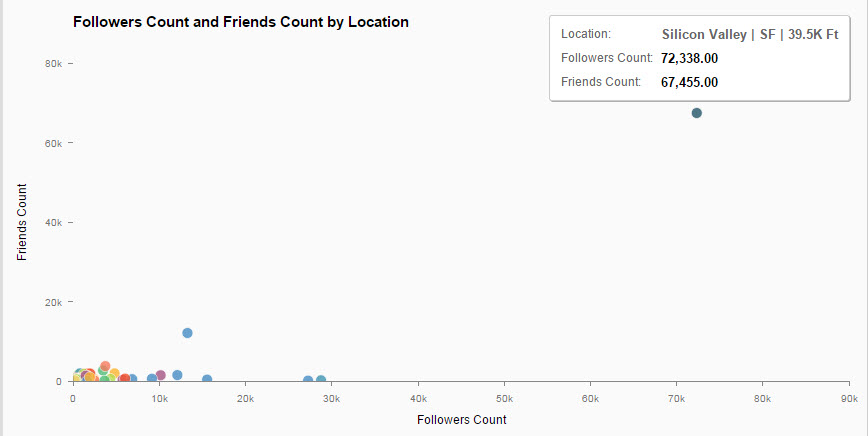 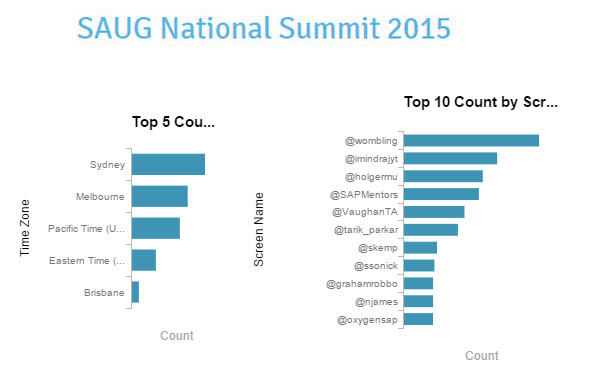 The “story” in Lumira is shown above.  I didn’t create any new stories or visualizations, I just reused what I did for SAP Inside Track Joinville.

2 Roads to S/4HANA via on premise – or not. #SAUGSummit pic.twitter.com/73CGyK1ilI

The second top retweeted tweet at 10 retweets is as follows:

To learn more about Lumira attend this hands-on session next week at the ASUG SAP Analytics BusinessObjects Conference.

Sorry to ask you, but you can also filter this query subjects that tweets deal with a defined keyword? Eg. S/4 Hana, Hana, Fiori, etc... It would be nice to see how these issues were addressed by the users 🙂

Hi Raphael - thank you for reading and commenting.  I thought the same - but I will need to perform some text analysis to parse that out and I ran out of time on Sunday (today) - maybe I will have some time this week to try this.