I would like to share with you this great grass-root movement and invite you to join the EU code week.

The idea is to show how you can bring ideas to life with code, to make programming more visible, demystify these skills and bring motivated people together to learn. If you are a school, a kid, a coder, a young adult, a parent, teacher, a business – now is the time to start planning your Code Week event and put it on the codeweek.eu map.

Alessandro Bogliolo, leader of the EU Code Week team of 90 volunteers said: “From the beginning of time we did many things using stone, iron, paper and pencil that have transformed our lives. Now we live in a different era where our world is moulded in code. Different eras have different jobs and skills demand. During CodeWeek we want to give every European the opportunity to discover coding and have fun with it. Let’s learn coding to shape our future”. (Source)

EU Code Week is a grass-root movement run by volunteers who promote coding in their countries as Code Week Ambassadors. The initiative was launched in 2013 and last year more than 150,000 people participated in 4,200 coding events in 36 countries in
Europe and beyond.

The third edition of EU Code Week will take place 10-18 October 2015 and I would like to invite you to spread the word and plan your events! Read more on how to join the movement, get I touch with the local EU Code Week Ambassadors in your country, and use coding materials.

Update on how SAP University Alliances and other SAP teams contribute will follow soon.

Following the popularity of the EU Code Week, Africa Code Week will be organized for the first time in 2015 led by a multi-stakeholder partnership including SAP. 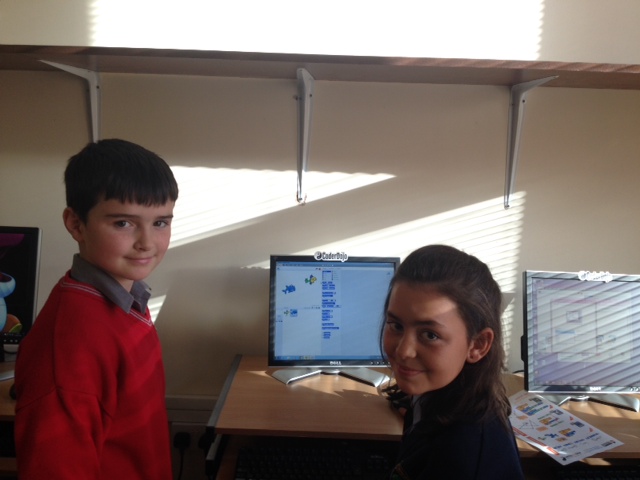 Coding, presenting the coding subject and teaching Scratch has started steadily in Europe. SAP volunteers from the Galway and Dublin Offices in Ireland will present coding and give Scratch lessons to over 2000 children in primary schools.

So far the best feed back of a kid was : You can conquer the world with Scratch ....