On Friday SAP Inside Track Joinville took place.  Using hash tag #sitjoi It had a strong social media presence on Twitter with over one thousand tweets.  I used Lumira Desktop to look at the tweets.

Twitter shows most of the tweets were in English – I find this surprising as attendees most likely spoke Portuguese: 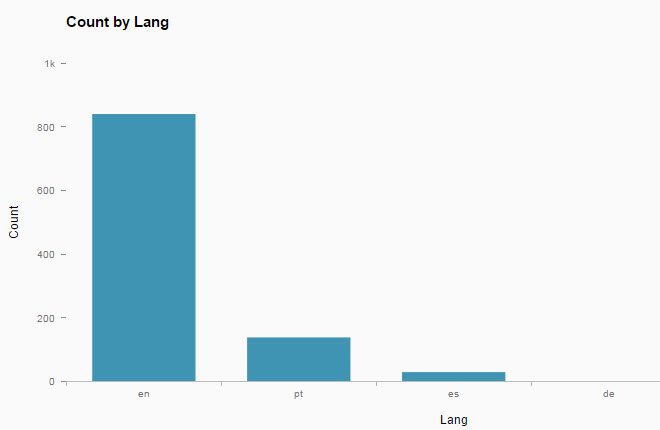 Who tweeted the most?  See below: 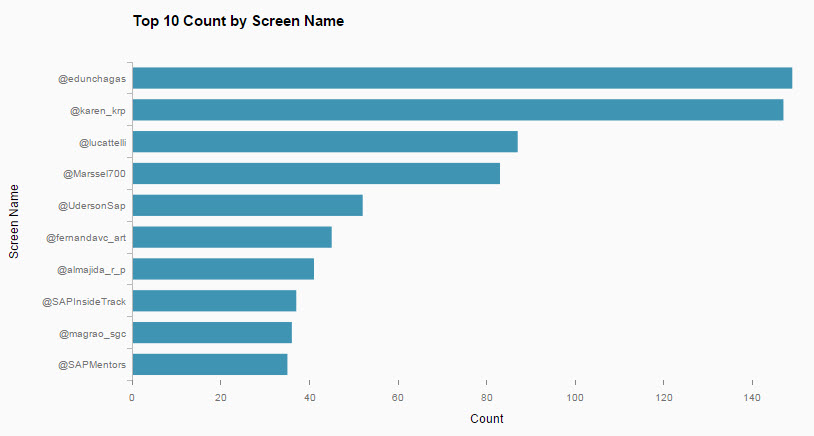 The top screen name shown above had 149 tweets with the event hashtag.

Not surprisingly, Brazil had the top time zone: 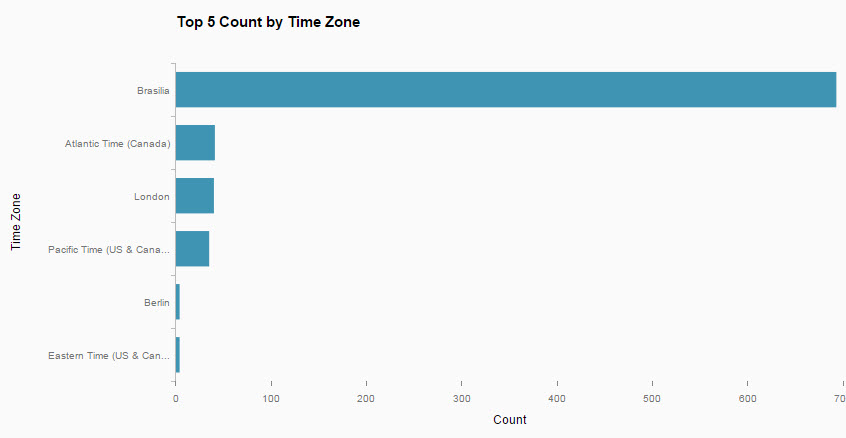 London is high because of the SAP Inside Track account is based in London.  Pacific is high as that is the location of the SAP Mentor’s account.

One of the recommended visualizations was followers count and friends count by location: 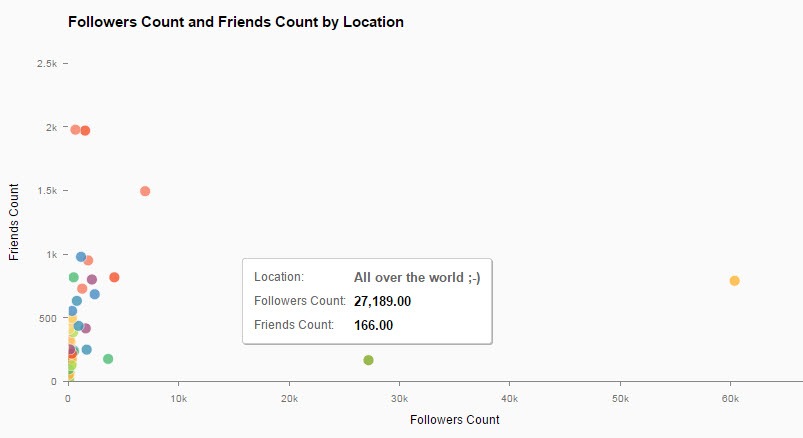 Counts of tweets by day show the highest number of tweets occurred on the day of the event, but they are still taking place today: 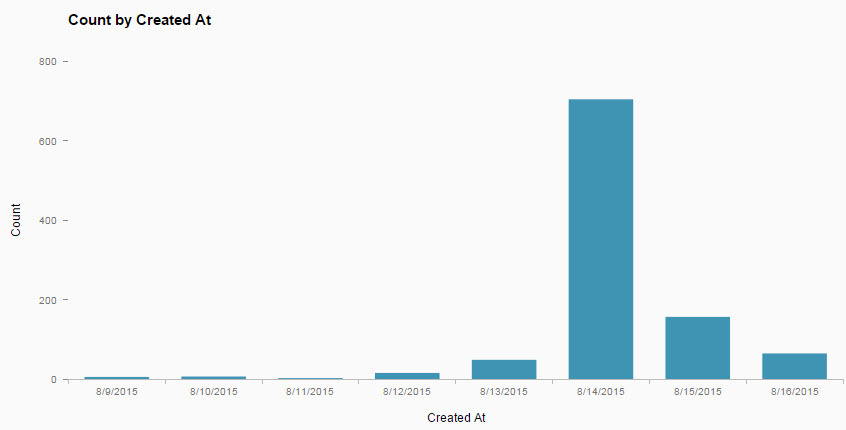 I tried using the story and published to the Lumira Cloud, but experienced errors and didn’t both debugging them:

Wow, I was in seventh! And I thought I had "tweeted" quite kkk

Congratulations to everyone involved, we did a good event!

I attended the event and it was so cool as your analysis. Very interesting stuff!

How did you extracted the tweets and imported them on Lumira? Did use a service to extract tweets to a csv file and later imported them or is Lumira able to read social media data?

Hi Fabio - I searched the hashtag using a service and then downloaded to a CSV file that Lumira then used.

Lumira does have an extension to read tweets but I didn't use that - I took the easy route - thank you for reading and commenting.

Thanks for the info!