Each year, in partnership with the Silicon Valley Leadership Group, the 49ers host this fundraising event for the community. All the proceeds go to the San Francisco 49er Foundation in support of groups like City Year San Jose/ Silicon Valley, Fresh Lifelines for Youth, and the 49ers STEM Leadership Institute’s Chevron STEMZONE.

I’m really proud to work for a company which helps support local charities and partners with a great organization like the 49ers. As a San Francisco native the 9ers have always been my home team and it is great to see that the organization is not only about winning on the field but also helping the community. During the dinner they showed an inspiring video about the 49ers community involvement. Speaking of winning, here a picture of me with the five Lombardi trophies. 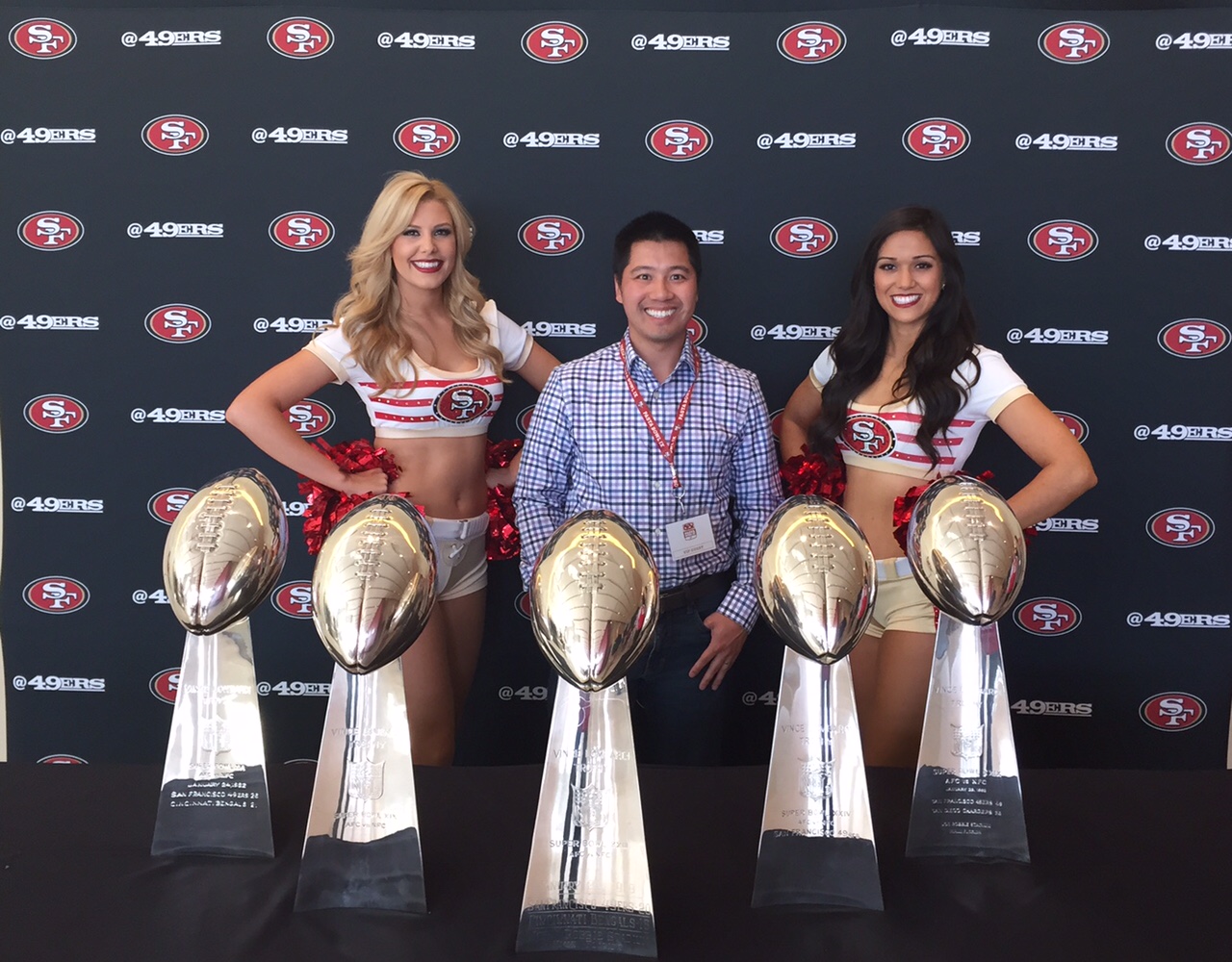 Being a big fan, it was an incredible experience to interact with the Niners players in a different setting than on the field. At my table I had a nice chat with Reggie Bush about his family and I got to know a little bit more about his life outside of the gridiron. 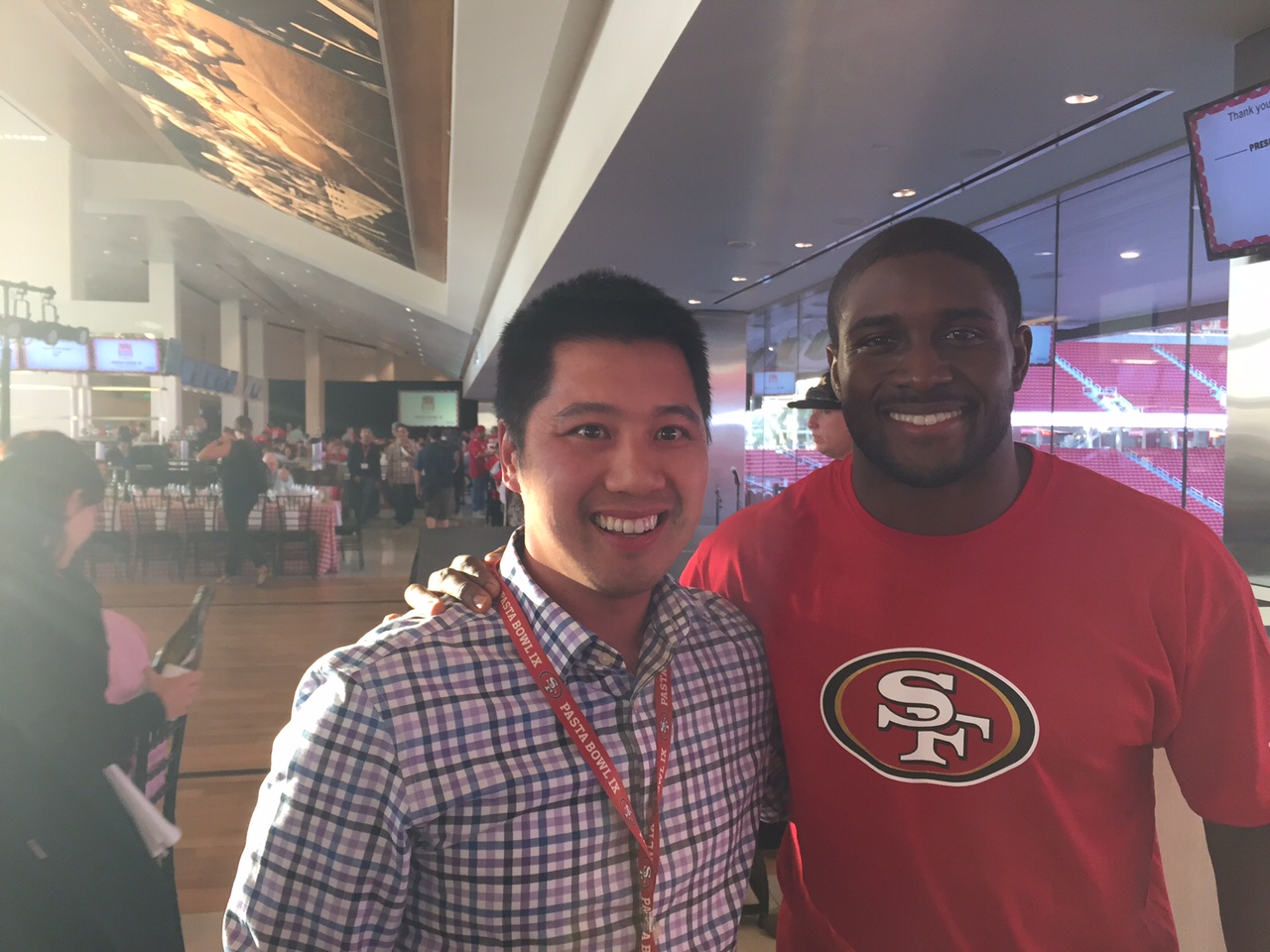 We also sat with Head Coach Jim Tomsula and he gave us a little glimpse of what it’s like managing a team. You can also see how much he cares about his players. 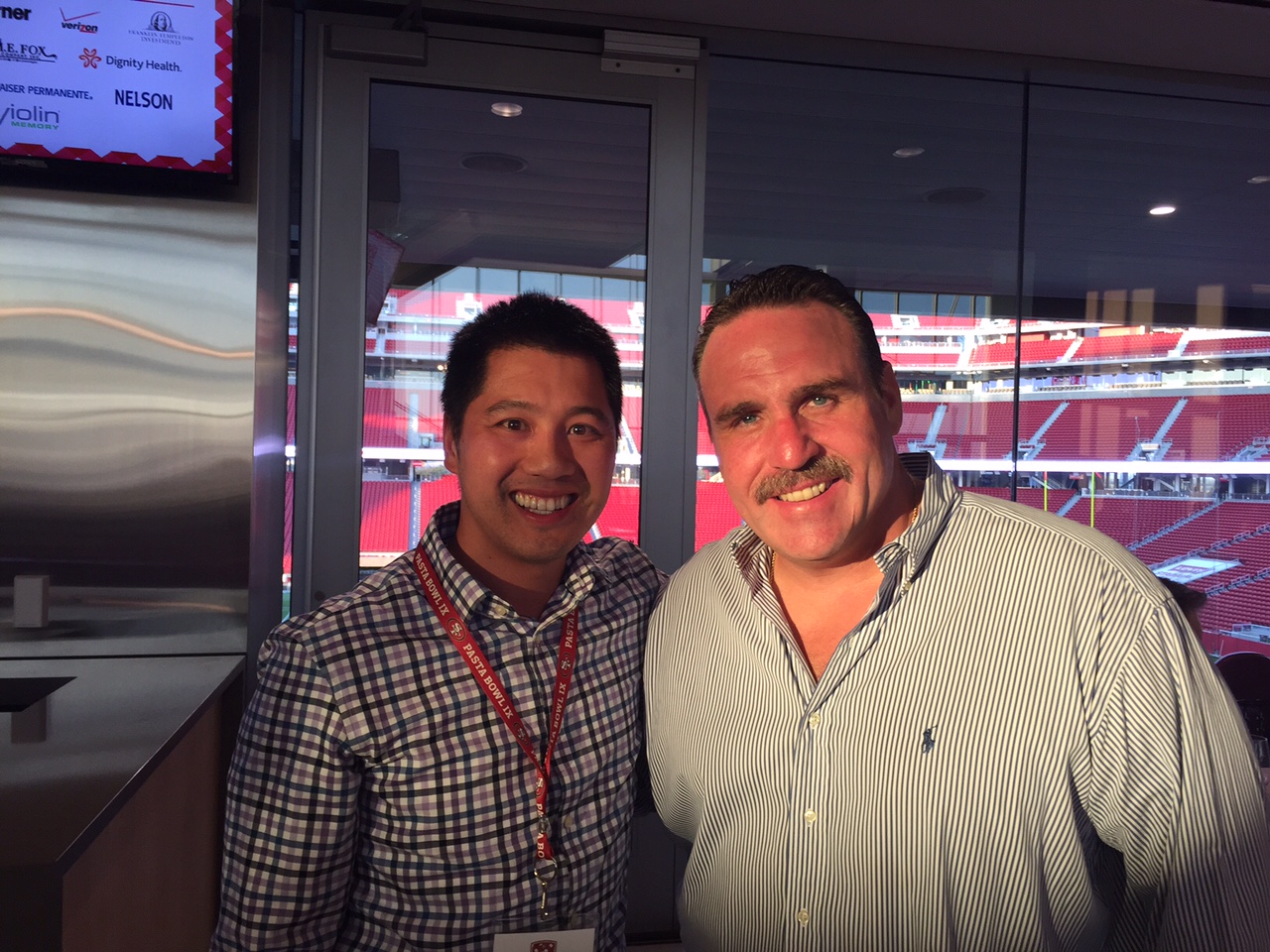 Overall I had a fantastic time with our team from SAPsv. It was a great event and hopefully next year I’ll be taking a photo with six trophies instead of five. Go Niners.

Great to hear about your experience! Fingers crossed for that sixth trophy =)

This is awesome! What a neat experience. Thank you for sharing, Vincent!

What an exciting opportunity, thanks for sharing your experience Vincent!