I recently read an inspring article in the WSJ about Bob Seger’s hit song Night Moves (yes, I am a huge Seger fan, and he can still rock it).  Did you know that Night Moves took him six months to write? He knew the ending, but didn’t know how to get there.  It was only after hearing Bruce Springsteen’s Jungleland that he had his answer:  a musical bridge.  I also LOVE musical bridges.  Good musical bridges almost sneak up on you.  Only after you have crossed it do you realize you have just listened to a completely different song than what you started with, perhaps one with a slower tempo or even a completely different singer.  But after listening, you’re convinced the song could not be complete without it.

Imagine a world without musical bridges?  We would have boring songs that sound the same with similar structures – verse chorus verse.  Similarly, imagine a corporation with its organizational structures, organized by function. Now what kind of music do you think they are going to produce individually?  Definitely not hits.  They need to work together to produce harmony (okay, enough with the musical metaphors).  But what have we learned about musical bridges?  They can’t be forced, and their application needs to be seamless.

At SAP one of our cultural pillars is “Build Bridges, Not Silos”.  Applied within Emerging Technologies at SAP Waterloo, this means we engage with other teams outside of our own to create cool technology that at first glance looks off the beaten ERP path. But similar to any good bridge, this technology actually extends and adds value to our SAP customer base.  We never go it alone, and we never limit ourselves to departmental lines or even regional boundaries.  Our results (songs) speak for themselves.  So don’t be afraid to build your own bridges, even if others around you are–

You better look out below!*

*You may recognize this lyric from the bridge of Arcade Fire’s Wake Up, another favourite of mine, alongside the Beatles’ A Day in the Life and Foxygen’s Shuggie. What are some of your favourite musical bridges?

Nice post Sarah! I am also a fan of the Beatles and "A day in the life", beautiful song. I have initiated a series of comics for our How We Run behaviours, here is one that I drew for Build Bridges not Silos. 🙂 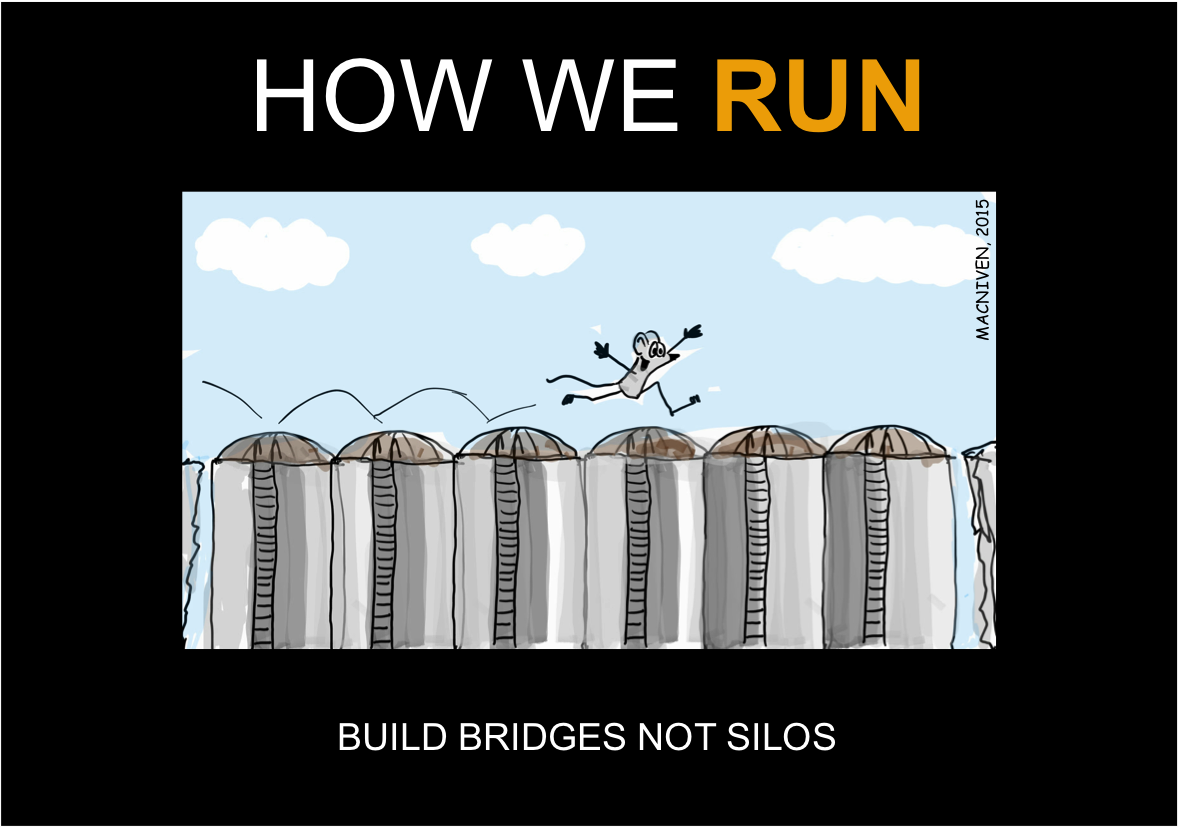