At SAPPHIRENOW in early May I caught up with Sam Yen – Chief Design Officer at SAP. Sam’s areas of responsibility include design and user experience – the most high profile product outcomes being SAP Fiori and Screen Personas. But a significant part of his story is design – encapsulated by the “Design Thinking” mantra – and especially placing user experience at the forefront of the design process rather than as simply one of the outcomes.

A simple example of this is how the designer is becoming an integral part of the process of building user experiences. Ideally the designer is involved very early in discovery sessions with the end-users. In a perfect world the designer may end up producing a working prototype that can be passed across to a developer to complete. To get from discussion to final prototype might involve lots of sticky notes, whiteboard diagrams, iterative discussions,  wire-frame diagrams, interim prototypes, etc. And most importantly real collaboration.

Designers have a scaling problem. This scaling problem often means the developer fills the design role – and developers are not necessarily great at design. They also tend to be biased towards building a solution without the discipline of working with prototypes to fully appreciate and incorporate the end user’s needs.

Sam shared with me a design tool that was being developed to help with this problem. It is called BUILD – and at OSCON a few weeks back SAP released it into the Open Source community so we can all try it out for ourselves. You can find it at https://github.com/SAP/BUILD

BUILD helps you create working prototypes quickly and easily. For example you may start with a couple of images taken from your whiteboard session with the end users. You can import these images into BUILD and then create a simple interaction to transition between them. Hey presto a working prototype! You can then enhance the prototype by placing actual controls onto the images to make them more realistic. Say put a button control where there are buttons, simple forms on data entry areas, tables on tabular content. As you add these controls you also include interactions so that, for example, when you click a navigation button the prototype navigates to another page.

Prototypes can be published and shared with others to get their feedback. BUILD also has a concept called “User Research Studies” where you can not just share individual screen mockups and working prototypes but ask questions of the study participants, allow them to add annotations, and set them user interaction tasks to evaluate how workable the prototype actually is. These studies capture information like page flows to describe the user’s interaction with the prototype as they perform tasks and heat maps to show where the users click on the prototype. 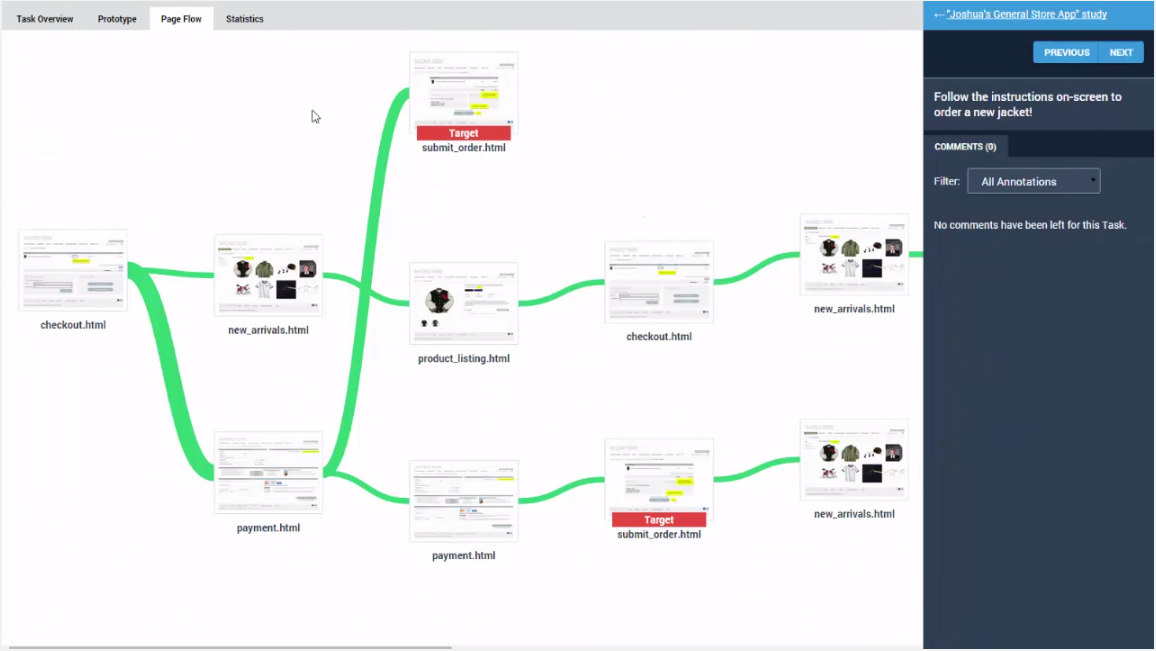 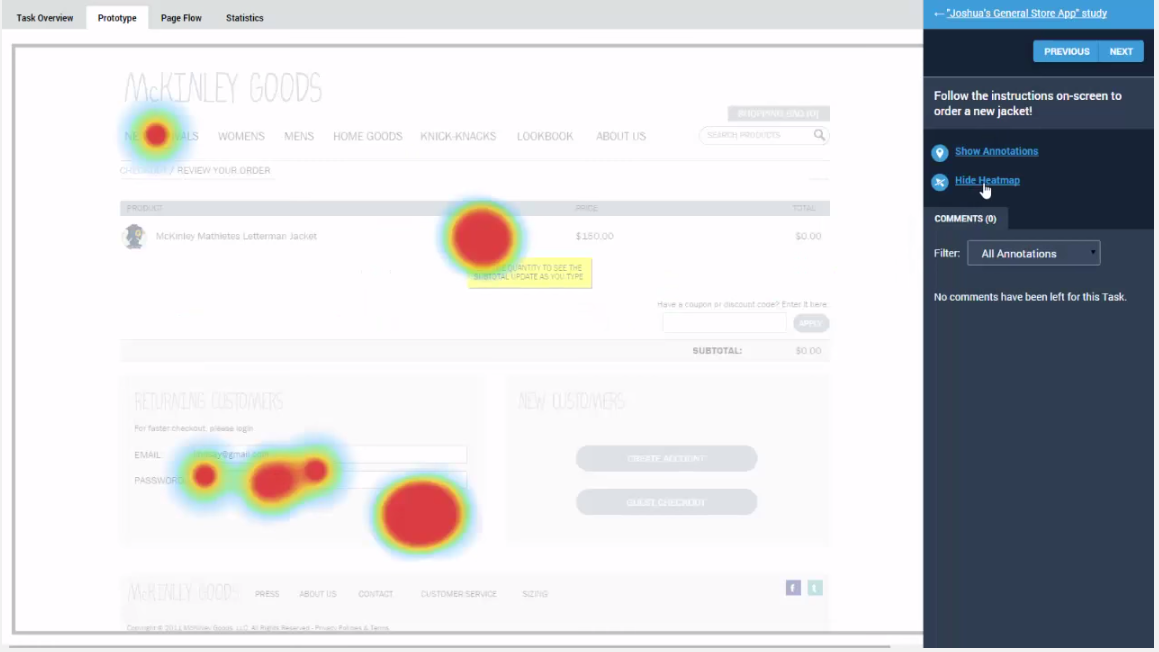 BUILD is very much a work in progress. There are signs that SAP rushed to meet the OSCON deadline. Expect more functionality to come soon. This will include the ability to create sample data models, and sample data, that can in-turn be used as input to so-called Smart Templates to create prototypes from the sample data model. Hopefully this functionality comes soon as these are not just useful aids for creating realistic prototypes but also important artefacts to pass over to the developers when it is time to turn the prototype into a working application. You can learn more here.

There are a few other things that I think would improve BUILD as well.

One is that I would like to have the complete suite of SAPUI5 controls available to me when I am building my prototypes. These libraries are changing and evolving constantly so a way of “plugging in” my preferred UI5 library into the BUILD prototype editor would be awesome. I would also like to be able to export my completed prototype pages as ready-to-run SAPUI5 XML views.

And finally, if I am building a sample data model I want to be able to export it in a format that can be consumed by my backend data modelling tool. If I use NetWeaver Gateway, for example, I want the data model to be available in oData metadata format so I can simply import it into the Gateway Service Builder tool to replicate the data model.

Loving the vision of BUILD – and as always wanting more.

BUILD looks like the makings of a very cool product.

The User Research Studies definitely fill a gap in the design process, the heat map, annotations and analytics features are things lacking in other more mature product offerings.

I first heard about BUILD on  Experience.SAP where the statement was made

this statement seemed to be at odds with the BUILD that was initially released as Open Source. After forking and running the app i could not see any features that even hinted of how you could create and maintain "realistic sample data".

Smart Templates, quick screen definitions from a data model using what looks like SAPUI5 Smart controls and patterns (currently not in OpenUI5)

Reading the article and looking at the Smart Template video I can see that BUILD intentionally compliments the WebIDE. I think that is a really good thing.

However I hope that SAP continue on the path of Open Sourcing BUILD and eventually makes WebIDE FOSS, not just open sourcing a very small subset of the features and mandating HCP and licensing for real usage.

I am hoping the proprietary days are behind us.

Couldn't agree more. Thanks for your comments John.

As for Designers (truly trained, qualified designers), you are right...they are a dieing breed. I JUST had this same discussion with a friend that is a designer. He said nowadays, the only place you find them is at end product companies (ie companies developing/designing their own software to sale). As for companies wanting a web site/application with some great design, he said they just buy packaged solutions....off the shelf stuff and run with it...want a great corporate site? Get WordPress and some pre-packaged templates (yes, a simple example, but more true for the wider view too!). He sounded pretty down about it....not much room/place left for those guys.

I doubt Sam Yen would agree with your friend's assessment on the state of play for Designers in 2015. Perhaps you should find a way to put them in touch with each other?

I was thinking the SAME thing, Graham! My friend, Jay, is a VERY talented designer (lead designer for "Command Alkon" which is basically like the SAP of the concrete/construction materials world) and would do well with Sam's team.

Is there a hosted version of BUILD? Or does everyone have to install it locally (which I would argue isn't something most designers will want to do)?

Christopher Solomon I am surprised by your comments re designers I get the feeling like there is a lack of good UX Designers, many companies especially in the enterprise space are only just starting to realise the value of good UX. Your friend has a bright future IMHO. 🙂

I have no insight as to how BUILD might be made available in the future.

But remember an important aspect of BUILD is that it is a collaboration tool for all stakeholders. So prototypes can be published for others to comment on, User Research Studies can be authored, published and evaluated, etc. All using BUILD.

So installing BUILD for each individual is not what you would do. More likely you would install BUILD once and use it as a platform for all stakeholders. I guess the answer to your question is "Yes - you should install a hosted version". 😉

BUILD is a cloud base solution, no need to install anything locally.

We have a small group of customers / partners that are currently "playing" with the product and providing us their feedback. Any customer/Partner that is interested, can reach out to me (nir.m.kol@sap.com). We might be able to provide access to a few more.

We do not ,yet, have a date for the official release.... you will have to stay tuned.

Thanks for jumping in Nir.

As we move forward , we will open source more and more modules of BUILD.

Currently, we have uploaded to Github only the foundational libraries.

I cloned the BUILD repo from Github and got an instance up and running, looking good. But missing were the two components that, as a developer with requirements to prototype rapidly, I was really looking forward to trying out: the Data Modeller and Smart Templates.

Reading the comments here, it is clear that, as John P said, they are rather new, and as Nir said, only the foundational libs are on Github right now.

So right now, BUILD looks shiny but is of little use to me. I'd love to know when we can see these two components on the Github repo. Can anyone please answer that?

How to Edit your Study in Build ? It's in draft mode only.