Driving Innovation and Collaboration in the Retail Industry

SAP partnered with the National Retail Federation (NRF) at their annual technology conference – NRFtech to deliver an innovation program. The NRF represents trillions of dollars of retail commerce across thousands of retail members and hundreds of retail partners, including SAP. The SAP Design and Co-Innovation Team (DCC) and SAP Retail Team introduced more than 100 retail CIOs and CMOs to innovation with design thinking at NRFtech held in Half Moon Bay, California.

Previously, this conference focused primarily on the CIO community, but this year it was extended to include marketing and digital roles.  SAP’s innovation program consisted of a keynote from Justin Ferrell, Fellowships Director at Stanford’s Hasso Plattner Institute of Design, also known as the “d.school”. Sam Yen, SAP’s Chief Design Officer, followed Justin with an overview of SAP’s design thinking journey. Sam shared his thoughts in this news story on how retail companies can unlock innovation with design thinking.

SAP delivered a 4 ½ hour design thinking workshop to an audience representing 85+ retail companies. Some of the retailers at the workshop included AEO, Charlotte Russe, At Home, HSN, JC Penney, West Marine, Ulta, Tractor Supply, Target, and Roundy’s Supermarkets. The challenge for the group was “How might the CIO and CMO collaborate together to create a culture of innovation throughout your organization to build customer experiences for tomorrow and enable the company to rapidly adapt to changing demands?” 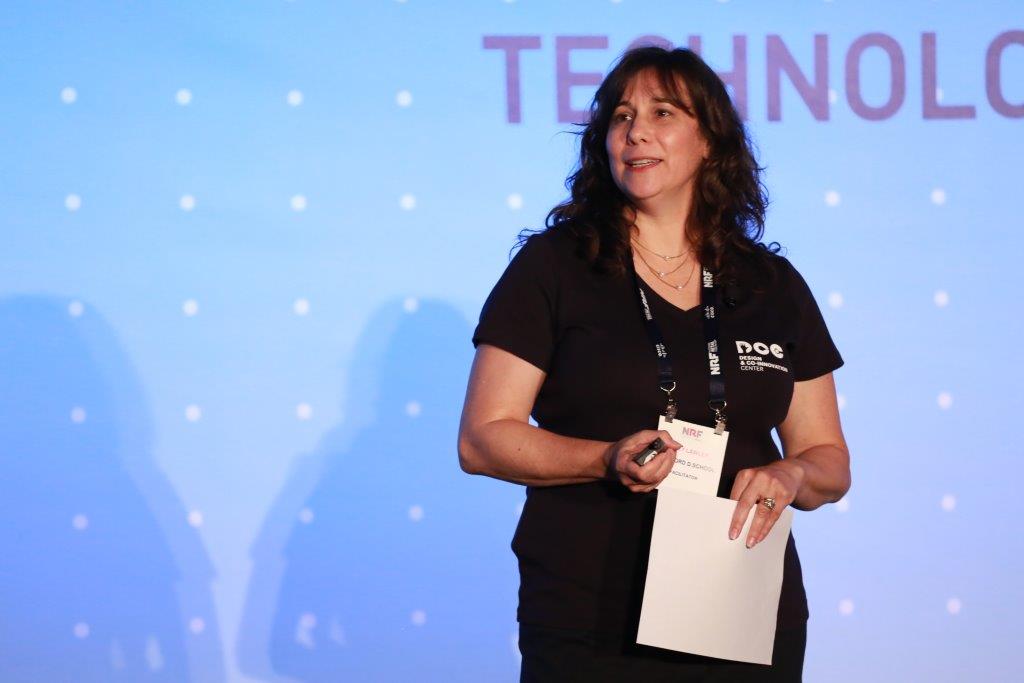 As the project lead, I worked closely with the NRF to create a hands-on interactive workshop that met the needs of over 85 different companies. The workshop started with an overview of design thinking where I talked about the importance of finding the right problem to solve and developing empathy for
users. Attendees learned about the motto “Fail early. Fail often” – if prototypes aren’t failing they aren’t pushing far enough because failure is simply part of understanding and improving. Another key theme for the workshop was to help executives find their creative confidence.

Initial feedback from attendees and the NRF has been very positive. The event generated not only customer leads and opportunities, but also positioned SAP as a leader in innovation. 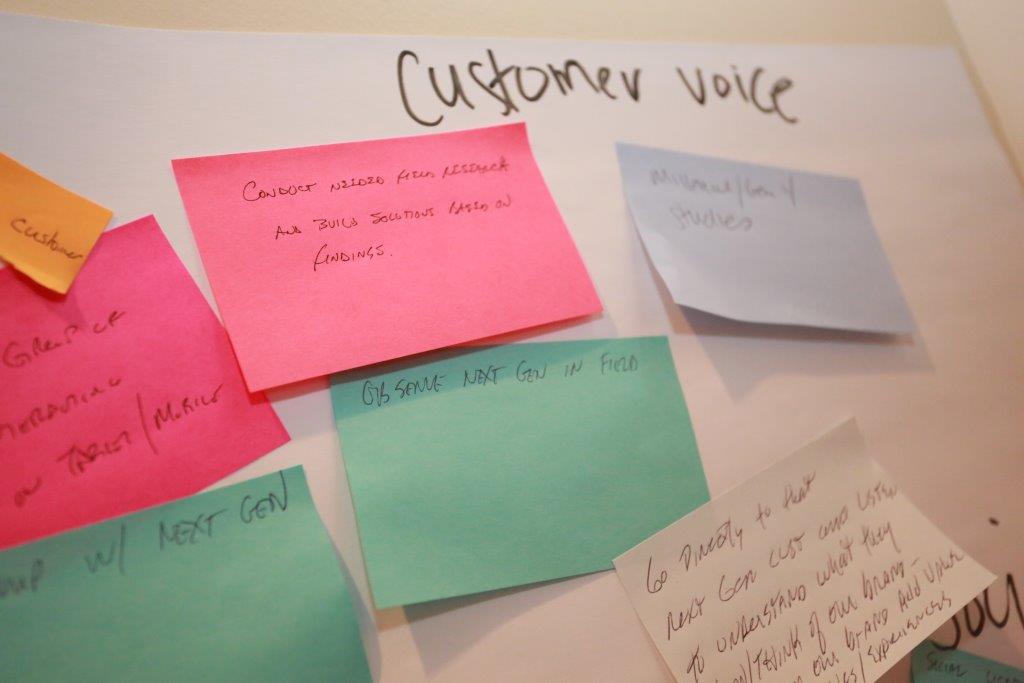