Six SAPsv employees were the well-deserved recipients of tickets to the San Francisco 49ers #PastaBowl at Levi’s Stadium on July 31. Each employee enjoyed a great night taking fan pictures on the football field, sampling delicious food and beverages, and meeting players, coaches, and other die-hard 49ers fans at the SAP sponsored event.

Aside from being active SAPsv Ambassadors, each recipient was chosen for his or her involvement with and commitment to SAPsv programs and the goal of elevated employee engagement. 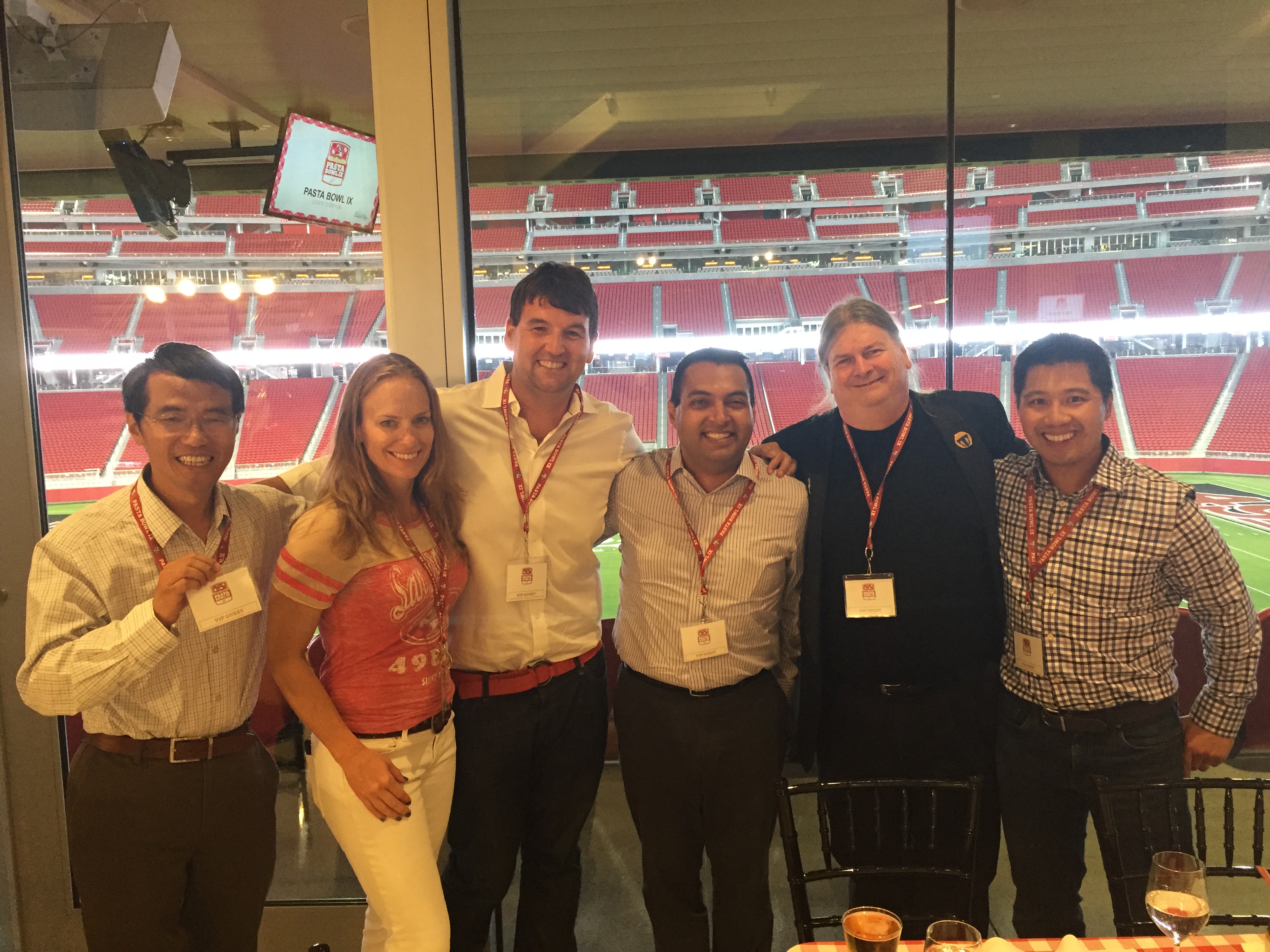 Ying Zeng is the leader of the Chinese Culture Club. He has done an incredible job spreading the SAPsv message, not only to his club, but to all Affinity Group members as well. This year, Ying was the instigator of Chinese New Year celebrations on the Palo Alto and Dublin campus, and is looking forward to Month of Service projects with his affinity group as well.

Ursula Ringham is a model SAPsv Ambassador. She is actively engaged on Twitter, has written several blogs recapping SAP programs, and does a great job communicating the value of each program she is involved in. Ursula most recently took the reigns on a Design Thinking workshop for middle school girls in partnership with Girls Driving for a Difference. With her lead, middle school girls were impacted in a positive way.

Alejandro Barajas is the co-leader of Latinos@SAP and is an active Volunteer Ambassador. He is the Manager of Global Business Development and Strategic Alliances for SAP’s Integration and Certification Center (SAP ICC). During People Week at SAPsv, Alejandro supported performances by Mariachi Trio Estrellas de Oro on the Palo Alto and Dublin campuses. It was a fantastic event for all employees.

Bob McGlynn is one of SAPsv’s biggest supporters. Aside from his User Assistance role on the Scale, Enablement and Transformation team, you can see him attending all SAPsv events on the Palo Alto campus and actively engaging with speakers and colleagues. Bob’s commitment to elevated employee engagement and being a positive agent of change (his signature) is unmatched.

Vincent Wong works on Digital Strategy as part of Global Marketing Operations. Vince has initiated plans to start an SAPsv softball team and was recently featured on Humans of SAPsv. He is an active blogger, tweeter, and all around engagement focused employee that strategically shares the SAPsv message.

SAPsv is fortunate to have employees like Ying, Ursula, Ward, Alejandro, Bob, and Vince who elevate employee engagement to a level that is impactful for all SAPsv colleagues. In collaborating with their teams and peers, these employees are bringing the SAPsv family together to support a shared purpose. They are each contributing to the SAP culture in ways never seen before. Congrats to all attendees and, of course, go Niners! 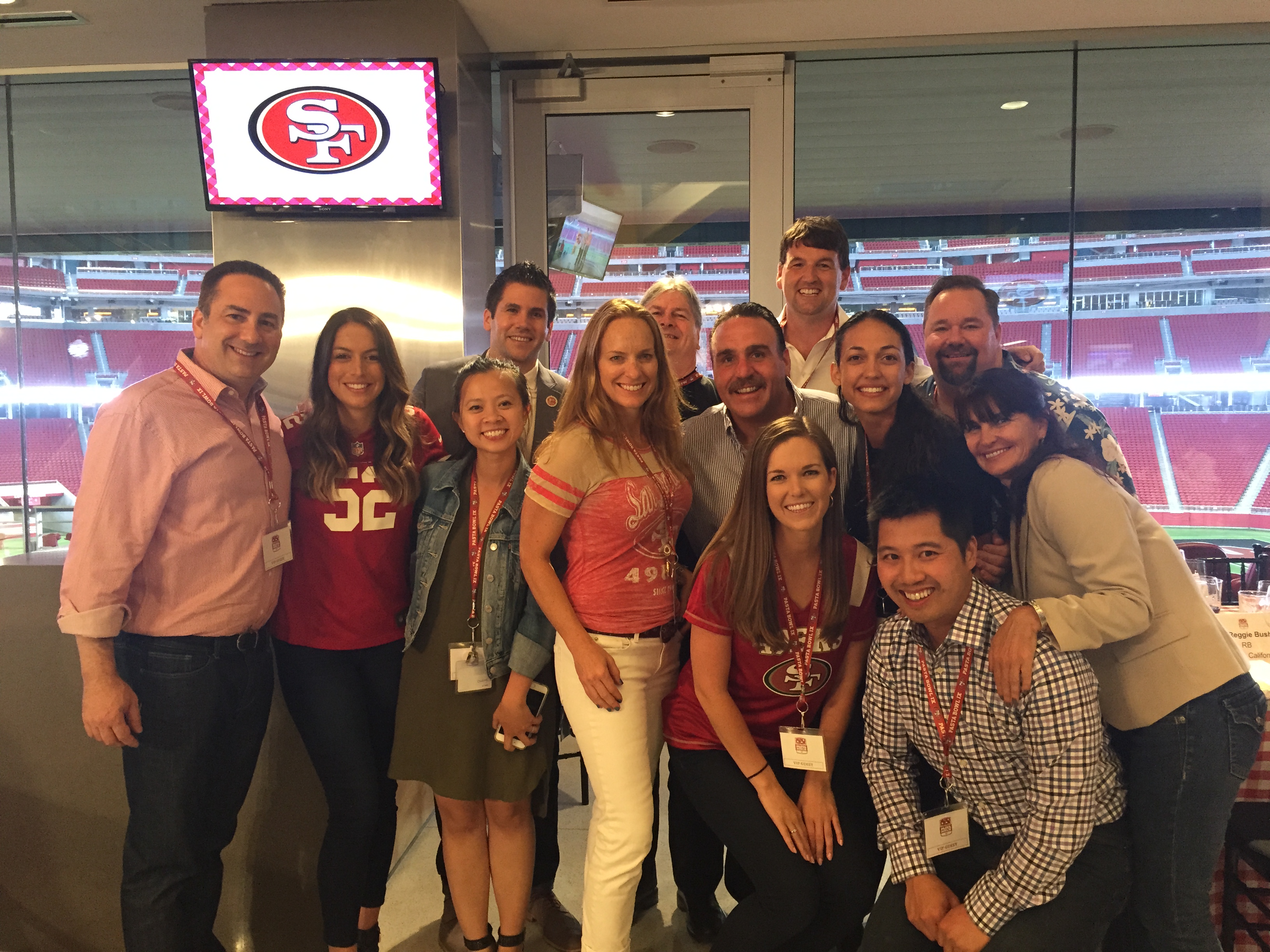 Love our SAPsv Ambassadors! They are doing such a great job. Enjoy seeing their passion 🙂

Big thank you to our dedicated SAPsv Ambassadors, we are lucky to have you!