Due to restriction of amount of images loaded in previous post, this part continues with the LSMW upload for the TROLZ upload.

Now the TROIZ entries have been loaded, we can load the entries for shipping conditions and loading group.

Create a new object in transaction LSMW with different name.

Goto Maintain Object Attributes and create a new recording as described in the TROIZ load. Also use transaction 0VRF. In the first transaction we now press the button “Position” first. A popup appears and enter the Country of departure, Zone, Destination Country and Destination zone.

Then select the line and press the button “route determination w/o weight group”.

In the next screen press button “New Entries”

Then SAVE the entries and the popup of the transport request appears again.

Confirm and return to the batch input overview using the BACK button.

Then change the values here as shown in the screenshot – like the TROIZ steps. 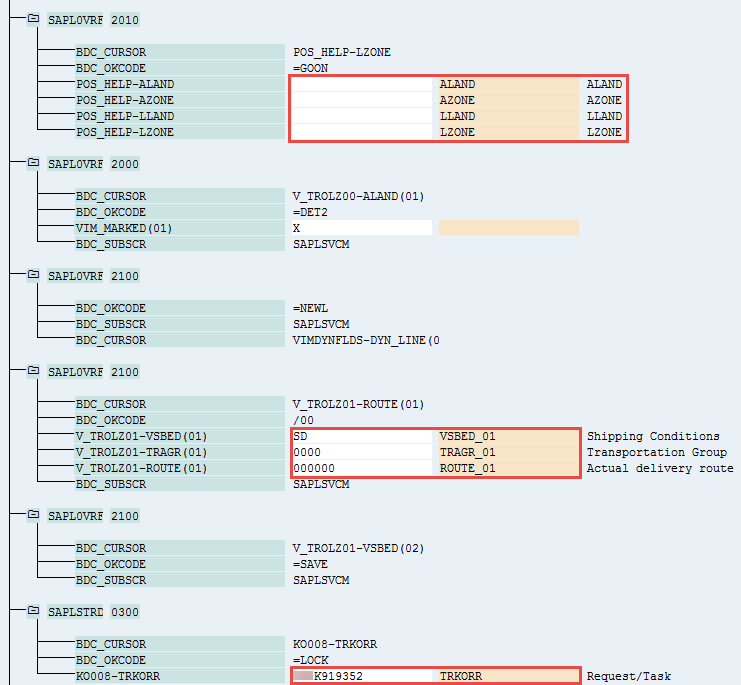 Enter the name of the recording in the attributes.

Then maintain source structure as described in the TROIZ upload.

Then goto Maintain Source Fields and enter the following fields.

Then maintain structure relation as described in the TROIZ upload.

Same steps as in the TROIZ upload. Map the source fields to the structure. 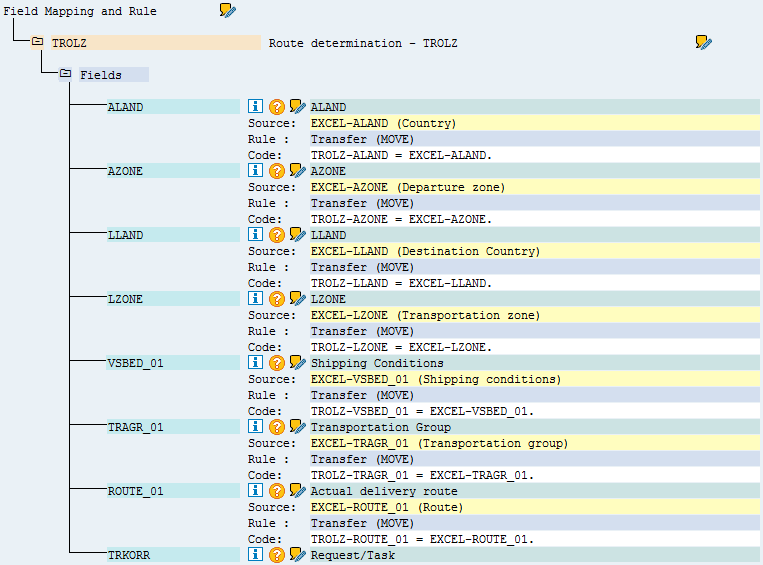 Save the file as a .CSV. Make sure the leading zero’s don’t get lost.

Then enter the file details like the TROIZ upload. 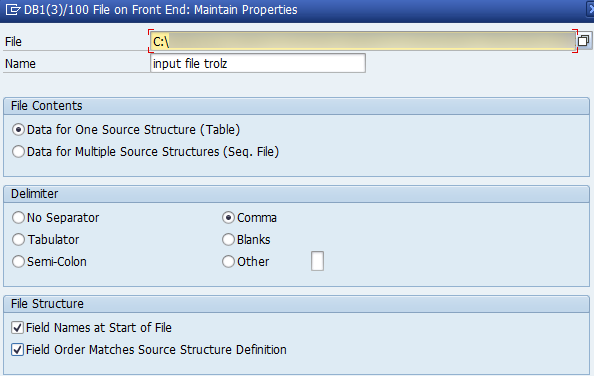 Then execute the same steps as the TROIZ load (see Mass update of route determination with LSMW).

After running the batch input session in background the entries in 0VRF are now completed.

Note that the generic entry is also created. In this example it would be sufficient to load only the generic entry. Then you only need to load the ‘exceptions’. This saves some maintenance and amount of entries in the customizing table.

This completes the steps for loading route determination via LSMW.

The very first comment after 7 years :). Super clear and detailed guide. I could NOT imagine, how it can be explained better. BRAVO! Thanks!