Listen to Orna Kleinmann talk about innovation and you’ll hear the word
“ecosystem” in pretty much every context. As head of SAP’s development lab in
Ra’anana, Israel, just outside of Tel Aviv, Orna has been plugged into the
Israeli startup scene since she began in the tech industry 15 years ago. Even
though she’s an integral part of the world’s largest business software company,
she has still managed to stay connected to her entrepreneurial roots, through
connections to young startups and venture capitalists.

With around 1,000 new startups per year, the tech “ecosystem” in Israel is
one of the most fertile and productive worldwide, which is probably one reason
why around 300 multinationals have established their own R&D centers on
Israeli soil.

But don’t multinationals and startups occupy different planets, with opposing
mindsets and incompatible ecosystems? Orna Kleinmann is convinced this is not
the case and sees lots of benefits for both. That’s why she is a driving force
to bring the spirit of tech startups to SAP’s worldwide development
organization. You could even say she is trying to immerse her 550-person-strong
organization with startup thinking.

Orna is convinced that SAP has a lot to offer startups, who generally lack a
network and financing in the early phases. “The startups we meet are very much
interested in enterprise software, and in how we work. They are also want to
connect their ideas with some of the largest companies in the world, the ones we
already have as longtime and loyal customers. What startups and venture
capitalists offer us in return is information on the latest trends and
technologies, and we can bring that knowledge and experience to SAP
globally.”

To support an already strong startup culture in Israel, SAP is offering its
expertise in business software development. In May, SAP Israel announced a
partnership with “The Junction”, Israel’s most successful accelerator for young
startups. Since the competition for funding in Israel is so fierce, and the
chances of success so low (only 1% of startups survive), The Junction has begun
to make its selection process more stringent and is bringing in mentors and
advisors for the finalists chosen for the six month program. SAP Labs Israel
will support in the selection process and with mentorship for teams
afterwards.

But Orna’s also promoting entrepreneurship internally. In a program named
Start.SAP, she challenged her organization to come up with a new ideas in the
area of connected cars, a hot topic and one which SAP Israel is already playing
a leading role in within SAP. Out of seven teams that participated in the
program, a final team has been given six months to develop a viable prototype.
In addition to this, Israeli teams have now secured two of the five finalist
slots in SAP’s corporate entrepreneurship program. 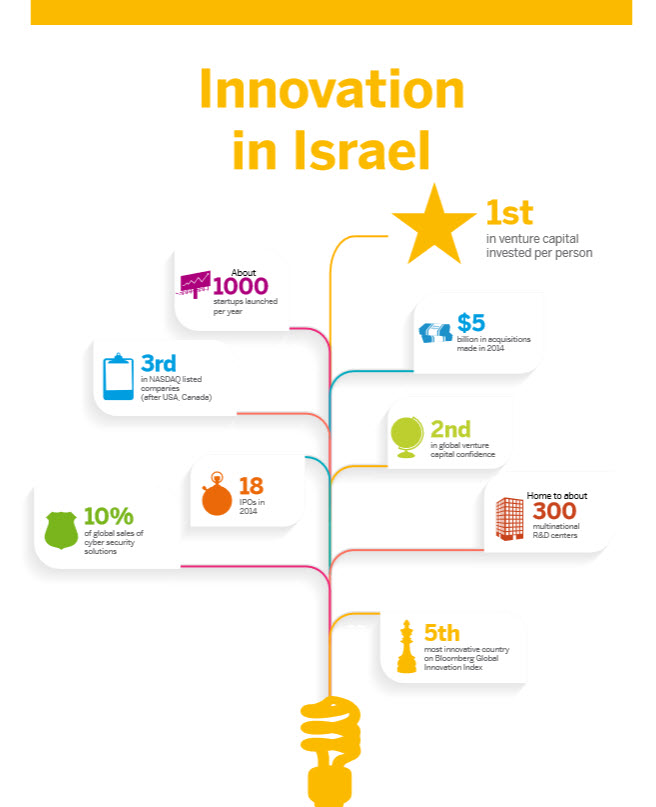