How to activate objects from Failed Transport Imports

Welcome back. This document explains how to activate the objects from a failed transport imports.

Lets say you have a simple landscape DEV – QA – PROD. In this case most of us might be using the SAP standard way STMS or STMS_QUEUES transactions to import transports to different systems.

Now lets go a bit deeper, you have a very complex landscape and there are multiple projects being handled at the same time.

You have Project A where the development is been taking place in SAP ECC DEV1 box.

You have Project B where the development is been taking place in SAP ECC DEV2 box.

You have Project C where the development is been taking place in SAP ECC DEV1 box for a specific component lets assume CRM and have dependencies on the same project B where you need to do some corrections to the existing object which is been developed in DEV2 box.

In this kind of complex scenario we generally use Solution manager or Real-Tech kind of products/tools/solutions to avoid clashes or inconsistencies.

However, SAP is so beautiful that it has everything what you need to do where you need to know in this kind of handling inconsistencies if there were any while importing transports.

In this document I want to explain more on handling the inconsistencies while a transport is being imported but failed to do “Version checks and Generations of programs after the transport is imported”.

I mean when you have two transports lets say Transport DEV1K90123 and DEV1K90121 and the transport sequence that must be imported to QA system is DEV1K90121 must go first followed by DEV1K90123, but you have sent DEV1K90123 first and then you imported DEV1K90121 thru STMS. (In case of REAL TECH, the transports will always be imported with the order you released them in your respective DEV systems, First released will go first, lets assume you have released in the wrong order). But when you have import the other way around the system gets an error in Generating the program because of the dependencies that are there in objects of DEV1K123 for DEV1K90121. But when both the transports are in the QA system the program doesn’t contain any syntax errors, so it just re-generation that is required. You can use the program mentioned below to generate them again in the respective system to get rid of errors during execution

Many of us don’t know that there is a way to generate instead of re-importing with a new transport. 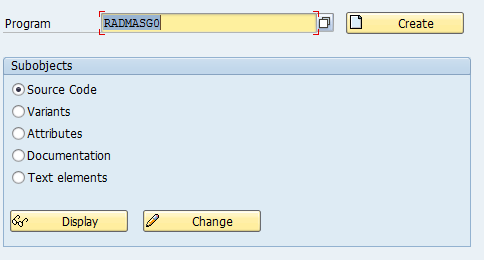 Step 2 : Provide Transport Number from which you need to activate Objects 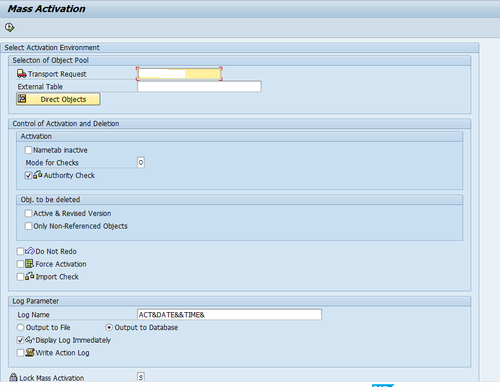 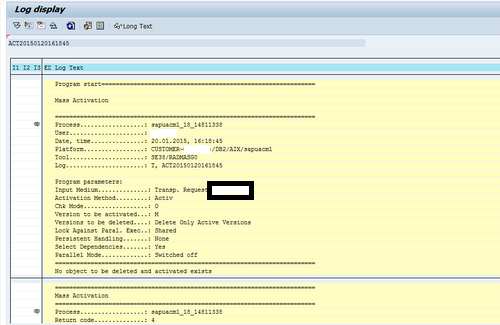 That’s it all you need to do. you are done. The generations will be successful and you can see it in the Logs. Sensitive data has been erased or blurred, please don’t mind for that.
Please do rate and comment your queries and opinions.